Brighton and Hove has received five nominations for next year’s edition of the Sussex Food and Drink Awards announced today. The categories include best Sussex Food Producer of the Year, Sussex Food Experience of the Year, and Sussex Farmers Market of the Year 2019.

Speaking to Kathy Caton of Brighton Gin, who was unaware of the nomination at the time, the company has been placed in the running for Sussex Drink Producer of the Year. Established in 2013, Brighton Gin has risen to fame rapidly and was awarded Best Gin in the UK by the People’s Drinks Awards last year.

Kathy said: “We’ve gone from my kitchen hob to nine of us working with Brighton Gin, with four full time.” The drinks company are unbelievably excited, with global interest developing in Germany, parts of Scandinavia, and even New York. “The main thing is that we are dedicated to remaining completely loyal to our roots – Brighton.” The brand are determined to stay authentic, sustainable, and ethical in their work. 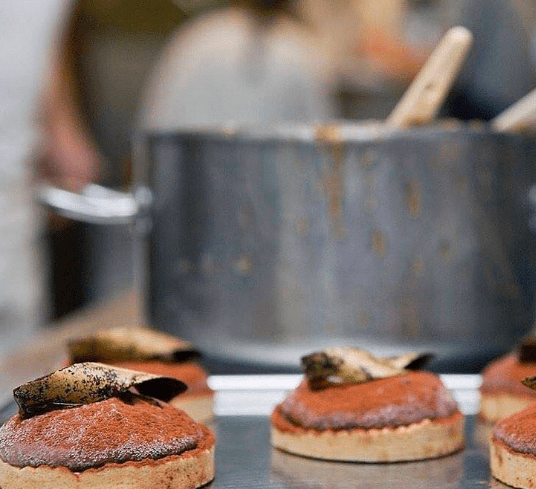 Other nominations were awarded to etch, led by head chef and Master Chef: The Professionals winner, Steven Edwards. The restaurant offers a taster menu of seven to nine courses, alternating dishes each month to fit with the seasons and local produce.

Now with five locations across Brighton and Hove, Real Patisserie has been recognised as a contender for Sussex Food Producer of the Year. Starting in 1997 at the small Trafalgar Street shop, the bakery is famous for their artisan bread and authentic French patisseries.

Entry is now open for other nominations, including Sussex Young Chef of the Year, Sussex Newcomer of the Year, and Sussex Farmer of the year. A full list of nominations with options to vote is available on the Sussex Food Award’s website.