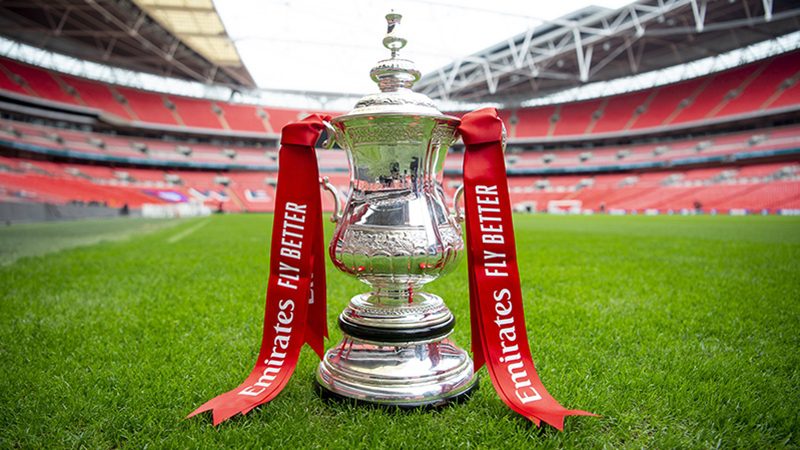 On January 8th, Brighton & Hove Albion’s dreams were almost cut short before Neal Maupay scored a last-minute winner to secure the Seagulls’ spot in the fourth round of the FA Cup. This nail-biting event only added to Brighton’s already fascinating history with the FA Cup, the oldest national football competition in the world.

Brighton entered the FA Cup for the first time in 1901 and exited in the third qualifying round after a loss to Clapton. In the years that followed, Brighton won their first major title, an achievement that earned them a place in the 1910 FA Charity Shield match against Aston Villa. Brighton won 1-0 with a second-half goal from Charlie Webb.

In the 1920s, after Brighton joined the Football League, the club became notorious for knocking out some of the biggest names in English football in the FA Cup. The biggest shock came in 1924 when Brighton beat Everton 5-2 in the second qualifying round. Brighton were not the favourites to win, despite eliminating Division Two Barnsley in the first round. The Everton team of the early 1920s is still regarded today as one of the best squads the Toffees have ever had.

Decades later, with a new squad, Brighton reached the FA Cup Final for the first time in 1983. The final between Brighton vs Manchester United ended in a 2-2 draw, even though Brighton had the opportunity to win the game in extra time. If you read this article, you can learn more about Brighton’s missed chance. The draw forced a replay at Wembley five days later, which Manchester United won 4-0. The club reached one more FA Cup semi-final in 2019, losing 1-0 to Manchester City.

Brighton has had an exciting, heartbreaking, thrilling, and nerve-wracking FA Cup career. Drawing with Tottenham in the fourth round of this year’s competition, there’s no predicting whether Brighton’s run will continue, but either way, fans will enjoy seeing the Seagulls play at least one more match in the beloved competition.

🗓 We’ve been drawn against @OfficialBHAFC in the fourth-round of the @EmiratesFACup! pic.twitter.com/G8LBkIHcSe

What’s So Special About The FA Cup?

The FA Cup may be the world’s oldest football competition, but it’s also one of the most beloved. From a commercial perspective, the FA Cup encourages economic growth in many industries, including retail, hospitality, tourism, and casinos/sports betting.

For instance, during the competition, sportsbooks offer odds on FA Cup matches. If you browse this site, you will see that the review platform lists Unibet as one of the best UK casinos. According to Bonusfinder, Unibet has received several awards for its sports betting and it is one of the many casino operators in the UK offering odds on this football competition. For instance, before Manchester United’s FA Cup round three match against Aston Villa on January 10th, Man United odds of 1.76 to win.

The football competition also encourages growth in football at a grassroots level. Lower league clubs have the opportunity to play against reputable clubs, which is great for the fans and players, as well as these clubs’ revenue streams. For example, according to this site, when Tottenham Hotspur played eighth tier Marine FC in the FA Cup in January 2021, Marine raised over £300,000 by selling virtual tickets to the match, many of which were purchased by Tottenham fans themselves. The money raised will reportedly allow Marine to stay afloat for the next 20 years.

Since joining in 1901, Brighton has achieved several accomplishments in the FA Cup, including reaching two semi-finals and one final. Considering how beloved the FA Cup still is today in the UK, this is the competition that clubs will want to have a reputation like Brighton.