Home Culture Brighton: Most Haunted Place to Live in the UK 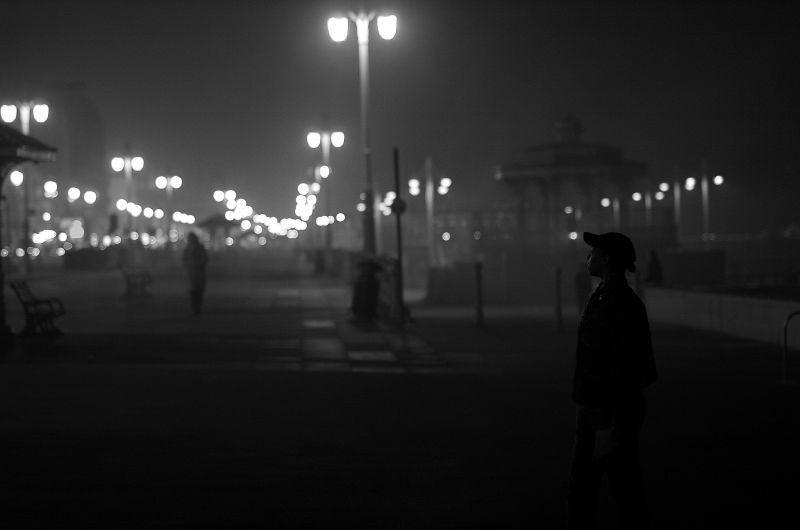 This beloved seaside city is not just famous for its vibrant community, colourful streets and creative culture, but also for being one of the most haunted places to live in the UK. Once it was the small fishing village, Brightelmstone, now it is a city with a haunted history that dates back to the mid-eighteenth century.

Some of the most unnerving encounters with the dead have occurred in Brighton’s streets, with most paranormal sightings happening in The Lanes. Brightonians have claimed to smell decomposing flesh in the streets late at night, encounter phantom nuns who glide through walls, and hear screams and cries from an abandoned tunnel where there was once a train crash in 1862.

As Halloween approaches, Brighton Journal have curated a list of the most haunted places in the city, where reported sightings of ghosts and paranormal activity are not uncommon!

An uncomfortable location for many to visit, regardless of any paranormal sightings, Brighton’s West Pier is both beautiful and unnerving. After it tragically burnt down in 2003, only the haunting structure of its iron remains stand boldly in the sea. Some have claimed to smell burning along the seafront late at night, whilst others say the ghost of a young woman who died in the 1980s from a drug overdose is often seen walking alongside some of the city’s popular clubs, before walking out to sea and disappearing into the pier’s skeleton.

This pub situated in Market Street was built in the 16th Century. It is one of Brighton’s oldest pubs, and is said to be home to multiple apparitions. Members of staff have claimed that mirrors often mist over for no reason, whilst visitors have been spooked by the ghost of a hooded monk. The pub has such a reputation, that the infamous Ghost Walk of The Lanes leaves from this location every Wednesday-Saturday evenings at 7.30pm.

An unusual phantom is believed to be particularly aggressive and unpleasant to witnesses. Known as ‘Angry Mick’ or “Black Belly’, he has an unusual bruised belly that is exposed beneath his t-shirt. This ghost appears in your peripheral vision and is said to charge aggressively at those who look at him. CCTV footage has shown people being shoved and moving out the way, but Angry Mick is not detected by any cameras…

Preston Manor has an explicitly long history of paranormal phenomena, grounding it as one of the most haunted locations in the UK, not just Brighton. Sightings of the Manor’s “White Lady” have been recorded since the 16th Century, with most occurring in the 19th Century. That said, it does not mean she doesn’t occasionally appear to visitors who disturb the Manor. LivingTV’s popular paranormal programme Most Haunted! investigated the property and confirmed the ghostly happenings.The staff of Preston Manor invite visitors to share their experiences at a series of events and activities in the house, including Twilight Tours and ghost tours for families.

This pub was built in 1547, and it is said that Jack the Ripper suspect Robert Donston Stephenson once lived at the tavern. Nowadays, it is said that his ghost appears in the same room, and only to women. A chilling suspicion is that he fled London to escape being caught for his brutal murders, only to reach his death in Brighton. The true identity of Jack the Ripper was never found… could it have been Stephenson?