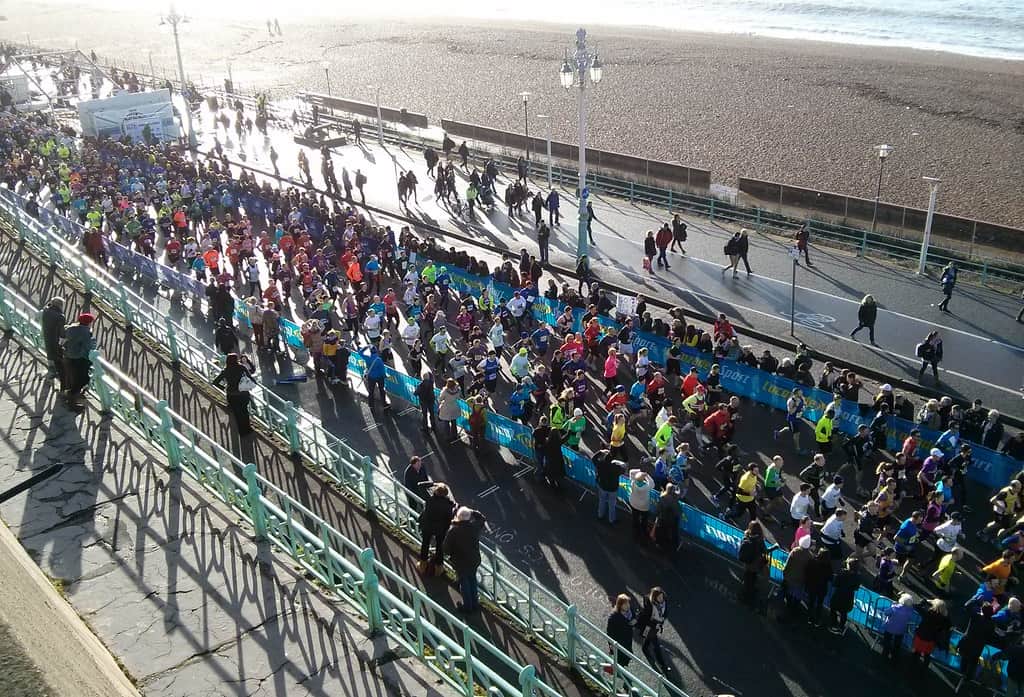 The race klaxon was sounded at 9.30am by the winner of the first ever edition of the event, David Knight, with Brighton’s favourite resident Fatboy Slim waving the runners off on their 13.1 mile tour of the city.

Their journey took them along seafront cliff tops towards the Marina, back past the Royal Pavilion, then past the i-360 and beach huts on Hove seafront, before finishing on Madeira Drive.

Runners raised over £1,000,000 in sponsorship money for their chosen charities.

Brighton resident Harry, running for Sue Ryder in memory of his Grandad, said running into the wind along Hove Seafront was the most challenging stretch:

That part was really hard. I just tried to save my energy during that stretch, not try and go to fast, then when we turned around at Hove Lagoon the wind was with us, and it suddenly got a lot easier. With the wind behind me and everyone cheering, I found some energy to go for it on the final straight. I’m really happy with my time (1 hour, 47 minutes).

This year’s fastest man was Brighton-based Kevin Moore, who crossed the line in 1 hour, 9 minutes, and the fastest woman was Phillipa Williams, visiting Brighton from Sheffield, who finished in 1 hour, 17 minutes.

Brighton Journal would like to congratulate everyone who took part in this year’s Half Marathon – well done!