The horrific event occurred back in October 2016.

A Brighton-based student has been convicted and sentenced following a rape in 2016.

Liam Allen, 22, committed the act after a Brighton pub crawl in Freshers’ Week.

Allen has received an 8-year sentence, and is on the sex offenders’ register for life.

Allen organised the pub crawl for his University’s ‘Navy’ society.

Detective Constable Aran Boyt gave an account of Allen’s appalling act: “The victim told us she had drunk heavily and woke to find Allen on top of her, having held her down and raped her in her own student flat.”

Boyt spoke of Allen’s violence and manipulation: “She tried to sit up and stop him but he just held her down, and this young woman was in such a state she was incapable of consenting to sex, so Allen took advantage of her state.” 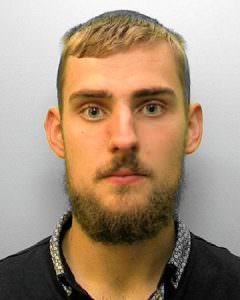 According to Allen “she was able to consent” despite her heavy inebriation.

However, Allen’s guilt was compounded by his mentality following the attack: “He clearly thought about his options after the event, because when we searched his mobile phone we found search terms including ‘accused of rape’, ‘minimum sentence for rape’ and ‘CPS guidelines for rape’.”

A heavy toll was taken on the victim.

She stated herself stated that: “I have changed drastically as a result of what the Defendant did to me. I used to enjoy life, going out, having dinner, walks in the park, socialising with friends.”

Allen is now facing the consequences for his heinous, shocking crime.