Home Events Building up to The Rocky Horror Show 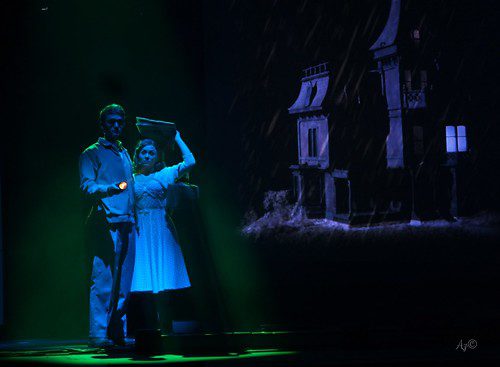 The Rocky Horror Show comes to the Theatre Royal Brighton 3-7 January 2023 and anticipation is building. The legendary Rock ‘N’ Roll musical was written by Richard O’Brien, who is best known to some as the original host of the long-running game show The Crystal Maze.

For the uninitiated, the story centres on a young couple who encounter Dr Frank N. Furter from another planet who is creating Rocky in his laboratory. Yet, the show is a fantastical party experience that has persevered since it first appeared in 1973 at the Royal Court Theatre and has been influential in many unexpected ways.

There are many elements that make The Rocky Horror Show a unique performance and for those that have not experienced the spectacle before (Rocky Virgins), there are a few things worth knowing prior to attendance.  Rocky Roulette is an odd concept for many and while audience members don’t need tips to win at roulette with this particular game of chance, it’s just as exciting and entertaining. Rocky Roulette is a feature of special shows that involves the spinning of a roulette wheel to distribute parts among the cast. This means the cast has no idea what part they will be playing until the wheel decides and results in some beautiful chaos.

Most people first became aware of The Rocky Horror Show through the 1975 musical comedy horror film featuring Tim Curry as Dr Frank-N-Furter and Susan Sarandon as Janet Weiss. While the film was initially a flop, midnight screenings saw a cult following develop and free admission was provided to those arriving in some incredible cosplay outfits. The concept of audience participation began with the midnight screenings in the 70s and is something that has extended to the stage show, so don’t be surprised if someone shouts out during the performance. The cosplaying and audience participation during The Rocky Horror Show has since been replicated in movies such as The Adventures of Priscilla, Queen of the Desert, Tommy Wiseau’s The Room, The Sound of Music and Little Shop of Horrors.

“Let’s Do The Time Warp Again!”

The Rocky Horror Show has been incredibly influential throughout its long history and soon the residents of Brighton will have the chance to join the fun. The January 2023 Brighton performances are part of a large nationwide tour and more information, including a novices’ guide, can be found on the website.