Home Sports Can Brighton FC Survive Their First Season in the Premier League? 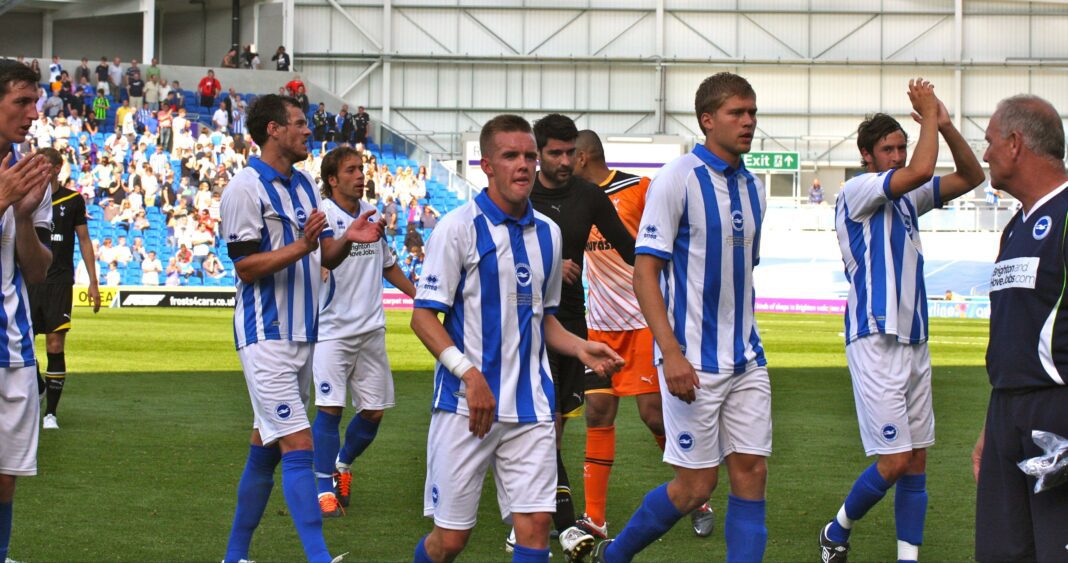 Life in the top flight is no picnic for any football team – unless of course, that team is managed by Pep Guardiola. It’s even more difficult for newly promoted sides. Lucrative television money has only increased the gap between the Premier League and the Championship, while the outright quality of the division can sometimes be too hot to handle for the league’s fresh faces. Despite these factors going against them, Brighton and Hove Albion will look to do the improbable and stay in the Premier League for the 2018/19 season, emulating the success of other recently promoted teams like Burnley and Bournemouth.

It’s been 34 years since the Seagulls were last in England’s top division, and they certainly won’t go back down without a fight. But, realistically, what are their chances of staying up? With the money flowing faster than ever and competition getting tighter, we’ll examine their recent form, the games left to play, and the potential signings who could help the south coast club stay up with the big boys.

How They’ve Fared So Far

It’s fair to say that Brighton have acquitted themselves well in the league. Sitting eighth in the Premier League table with four wins and 15 points, it’s a better start to life in the top flight than many fans will have expected. While they have only faced two of the so-called ‘top six’ so far – resulting in losses to both Arsenal and Manchester City – Brighton have still performed above expectation against the Premier League stalwarts they’ve come up against. The 3-0 away rout against West Ham United was a clear statement that the club was ready to fight for their place in the Premier League, and a further reminder that the competition for points is fiercer than ever!

On top of that, admirable home performances against Newcastle (1-0), Everton (1-1), and Southampton (1-1) have made the Amex stadium a difficult place for opposing teams to visit. And a recent 1-0 victory at Swansea may see their away form turn up slightly, which is vital for any newly-promoted side looking to stay in the league. Their great performance in the league so far is defying the odds, so if you want to make a pretty penny from betting, they may not be a bad team to back. Make sure to check out the latest football betting tips to find great opportunities to bet on the Seagulls!

Despite performing well up until this point, Brighton’s Premier League survival could be decided by their upcoming fixtures. Following November’s international break, the boys in blue and white will face off against Stoke City at the Amex. On paper, this should be a fairly even game. However, Stoke’s away form is nowhere near as imperious as their home reputation and the team is low on confidence, flirting with the relegation zone. With recent wins against other teams of Stoke’s calibre, the Seagulls are more than capable of grabbing a point or three from this encounter.

The real test will come in the following weeks, when the Seagull’s play Manchester United and Crystal Palace. The former – who’re looking to get back on track after several poor results – will be a true challenge for Chris Hughton’s men, while the latter will put up a fierce fight, hoping to avoid the drop themselves. Either way, there are no easy games in the Premier League, but if Brighton can keep up their recent form, they should stand a chance in the next round of fixtures.

Traditionally, newly-promoted sides face direct competition from the teams that they came up alongside. In Brighton’s case, both Newcastle and Huddersfield have started equally well, sitting in 11th and 10th place respectively. However, both sides have struggled to get points away from home, something which hasn’t been so much of a problem for Brighton, which could prove crucial come the end of the season.

Beating other Premier League strugglers will also be a top priority. For example, Swansea – who’re 19th in the table and one of the teams that have been pegged to go down – will be a key target for Chris Hughton. Taking six points from their fixtures against the Swans could be the difference between staying up or heading back to the Championship. Other rivals in the hunt for Premier League survival include West Ham United, Crystal Palace, and Bournemouth – some of whom Brighton have already beaten this season!

We’ve mentioned previously who we thought Brighton’s top performers would be this season, and it turns out we right! Tomer Hemed has been one of the key men up front, providing several goals that have seen the Seagulls taking three points from difficult opposition. In recent games against Southampton and West Ham, it’s been Glenn Murray who’s stepped up and taken the initiative. His star turn at the London Stadium produced one of Brighton’s best performances to date, and his sensational, looping header preventing the Saints from dealing BHAFC a home defeat. An out-and-out goal scorer is hard to find, but with Murray climbing to 11th in the goalscoring charts, it looks like Brighton may have one.

One player who cannot be overlooked is Pascal Groß, who’s chipped in with two goals and five assists – the most of any other player in the team. If Brighton are serious about maintaining their place in the league, his skill and creativity will be a key factor.

Having done decent business in the summer transfer window, there’s always time to reassess the squad and strengthen it in January. One name that Brighton have been linked with is Jack Harrison, the MLS starlet and newly-capped England U21 international. The dynamic midfielder, who plays for New York City FC, is being scouted by a number of clubs, but his quick feet and technical skill could make him a priority target for Brighton.

Another target for the club should be consistent striking option. While Hemed and Murray have performed well so far this season, you need guaranteed goals to survive in this league. Investing in an established striker with pace and power, as well as knowledge of the Premier League, should be a top priority for the Brighton board.

No one’s denying that it will be tough for Brighton to remain the Premier League for the 2018/19 season, however, looking at the way the table is shaping up and the performance of their competition, there’s plenty of cause for hope. If the Seagulls can maintain their decent home form and keep their influential players fit, there’s no reason they can’t survive.