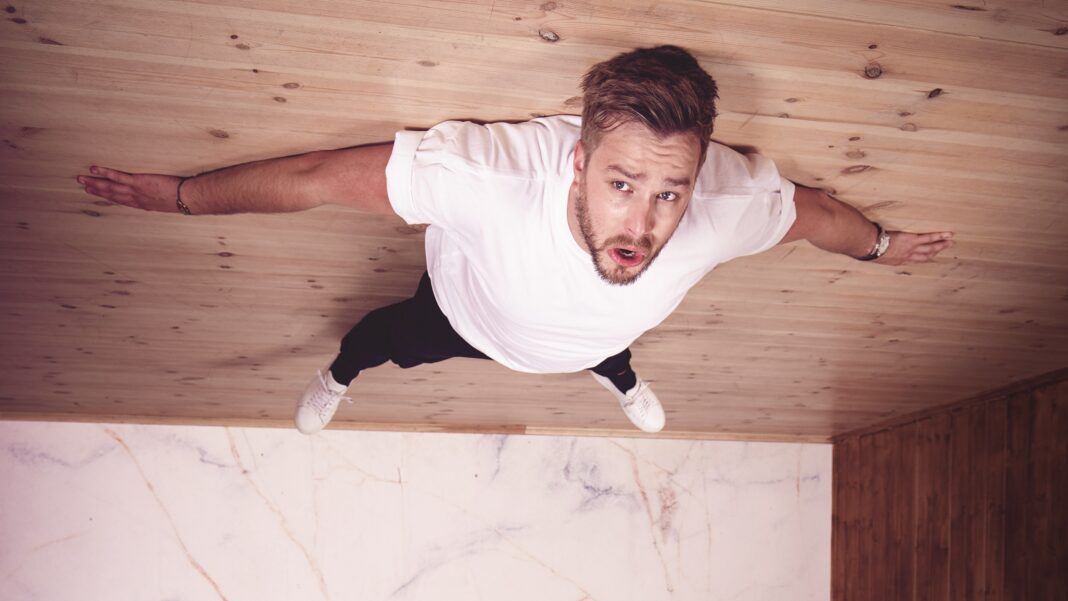 It’s an exciting month coming up at Theatre Royal Brighton, as March brings the likes of Iain Stirling (yes, the voiceover guy on Love Island), and many more to their stage. Check out the upcoming acts to see if any tickle your fancy, because you’ll want to get tickets ASAP before they go!

Starting off the month is a radio comedy classic live on stage, from the producers of the UK tours of The Goon Show and Hancock’s Half Hour.

Britain’s biggest radio programme from 1965-68 was none other than Round the Horne, as 15 million listeners tuned in every Sunday afternoon to hear what Kenneth Horne and his crew were getting up to.

50 years later, with its infamous movie spoofs and hilarious regular characters including Charles and Fiona, and Rambling Sid Rumpo, the show is still going. This is your chance to see it live!

Nick Butter became the first person to run a marathon in every country in the world during his Running The World 196 expedition. He completed this global triumph in November 2019. 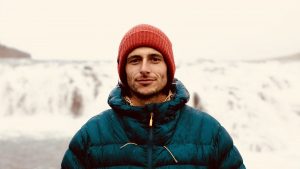 Now, he’s sharing all the details about what it took to complete this challenge, and will be making his way to Theatre Royal Brighton. Nick has set various world records and has many wild, eclectic stories to tell. From war zones to muggings, dog attacks to extreme exhaustion, this man has been through it all.

With his talk, Nick will be showcasing photos and videos from all over the globe as he explains how he went from a shy child to one of the most widely travelled athletes in the world before even turning 30. Watching his show might help inspire you to do something incredible too.

If I’m lucky enough to get to the point in life when I’m old and grey, chatting with my grandchildren I want to know I’ve explored every inch of the planet. I believe that it’s the crazy things, the things that no one is doing, and the things that we’re afraid to do… which are in fact exactly that which leaves a positive mark on the world.

This thrilling show that has sold out all over the globe is heading to Brighton. It tells the story of the powerful phenomenon that was Queen live.

Patrick Myers plays Queen frontman Freddy Mercury, as his resemblance to the star has been described by Time Out as “spooky”. Myers has also recorded a number one hit single as Freddie Mercury on The Real Life by Fatboy Slim. 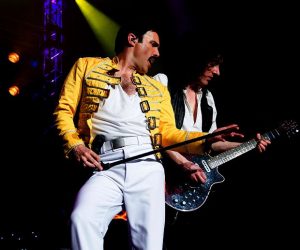 He boasts a whopping 3 1/12 octave tenor range, a dynamic stage presence, and much more. This show has captivated audiences all over the world, and now it’s your turn.

La Voix is heading to Brighton along with her incredibly talented musicians for a night to remember. You can expect high energy comedy that’ll have you in stitches, powerful vocals, and uncanny impressions of the world’s biggest divas.

This show is brand new, along with the songs featured and the beautiful dresses she wears, so make sure not to miss it!

Iain Stirling, known for being the hilarious voiceover artist on national hit reality show Love Island, is heading to Brighton on his biggest ever nationwide tour.

His show is centred around his confusion about how people manage to be normal. He speaks of his inability to function in social settings, the pressures of social media, and much more (including an anecdote about a man stealing his shoes)!

Iain is also known for his many other gigs including Iain Stirling’s CelebAbility, and has performed his own Comedy Central Live special. Go give this Scottish funny man a try, he’s sure to have you in stitches!

Following the success of My Family: Not The Sitcom, and Three Lions, David Baddiel is back at it with a brand new one man show, Trolls: Not The Dolls. 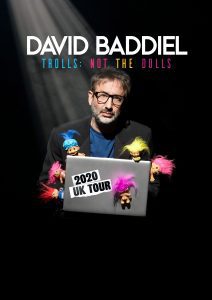 The trolls he is referring to are not the cute cartoon characters that kids love, but the mean spirited people who spend their days abusing and insulting strangers online. The overarching rule for dealing with these people is not dignifying them with a response, however Baddiel has broken this rule consistently.

He see’s them as hecklers, and when a comedian get heckled they come back with a witty response rather than ignoring it all together. This is what Baddiel has spent years doing, and from it he has created this show.

He tells stories of the dark yet hilarious cyber-paths that he has been led down as a result of interacting with trolls. You may even learn a thing or two about how to deal with your own online trolls, so why not grab tickets!