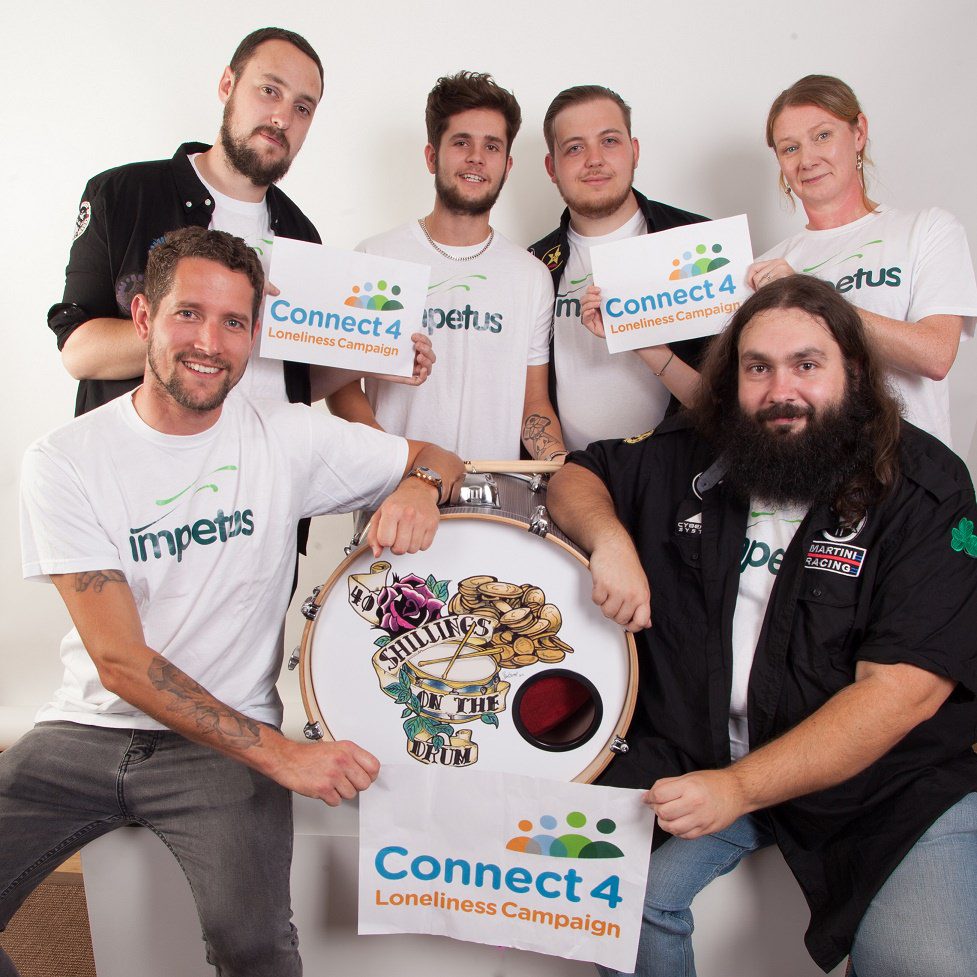 Loneliness affects all of us, and not having anyone to connect with can have a devastating impact on our health & well-being. Despite its image of being a friendly, vibrant, inclusive city, Brighton & Hove has one of the highest rates of loneliness in the UK and in response, Brighton & Hove Impetus, the multi‐award winning local charity, is launching the ‘Connect 4′ Loneliness Campaign on Monday 30th October.

The services the charity provide – befriending, advocacy, social prescribing – help reduce loneliness and Impetus volunteers help build stronger community connections. Impetus supports hundred of people a month across Brighton & Hove, with 300 volunteers providing more than 14,000 hours of support each year. 70% of the people Impetus supports say that isolation is the most difficult aspect of their life.

Jo Ivens, Impetus’s CEO, says: The Chair of the Royal College of General Practitioners stated recently that social isolation and loneliness are akin to a chronic long-term condition in terms of the impact they have on patients’ health and well-being. I think that sums up how serious this issue is, not least in Brighton. That’s why we’re launching the Connect 4 campaign at a time of year when many people feel loneliness even more acutely as the days grow darker.”

Connect 4 has had a welcome boost from rising local folk-rock band 40 Shillings on the Drum who are supporting the campaign with two fundraising gigs at The Prince Albert (17th November) and Impetus’s fundraising Winter Festival at The Brunswick (2nd December). Winners of Churchill Square’s Busk Stop competition last summer, the five-piece band ooze positivity with their songs of life, love and friendship. While passionately believing in the benefits of being socially connected, they’re hoping to also raise awareness of the issue of loneliness which affects many and help raise money for the charity. The band’s guitarist, Steve, feels particularly close to the charity’s mission, having had his own debilitating experiences of loneliness as a young adult. Steve says:

“I pulled away from the world. Looking back, although I talked about my depression and feelings of loneliness to my GP there was no signposting to other services. I felt very alone and know now that I would’ve benefited from social support and a sympathetic ear. And those were the days of very slow dial-up internet, so no chat forums or easy to access online help.

“I was aware of Brighton and Hove Impetus, and the services they provide, before the Connect 4 Loneliness Campaign. There is a poignant fit with my experiences. Me and the band want to give something back and raise awareness of the issue of loneliness and social isolation. There is no reason why anyone should feel alone and suffer as a result.”

Connect 4 will run until the end of the year and Impetus is calling on all Brighton & Hove residents to support the campaign by pledging to do just 4 simple things: