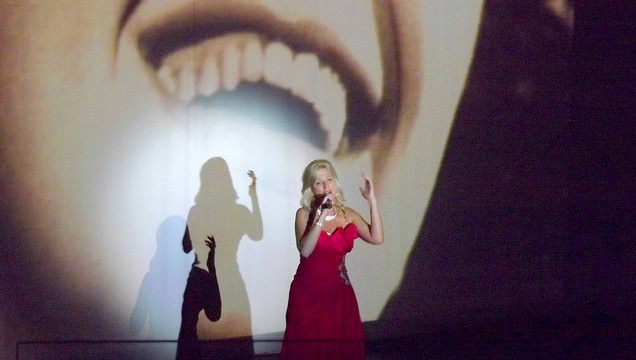 There exists a general wariness surrounding tribute singers that is often well founded. Tribute acts can easily overdo the well known characteristics of their idols, or simply fail to match up to their musical standard. However, Tina May manages to successfully bring the memory of Edith Piaf to life without attempting to reincarnate her.

May’s impressive vocal range and stage presence have allowed her to become a singer in her own right, she pays tribute to Piaf’s emotional, impassioned style, but doesn’t lose her own identity as a singer. May’s own admiration and respect for Piaf is evident in her heartfelt performance:

The show consists of the award winning singer performing twenty of the French icon’s hits with a trio of jazz musicians behind her. Past classics she has performed include ‘La Vie en Rose’, ‘Hymne à L’amour’, ‘Milord’, and ‘Non, Je Ne Regrette Rien’. She also shares a few selected anecdotes about the star’s life with the audience. The tribute singer recorded a selection of Piaf’s songs for an album in 2010, with a few of her favourite musicians. Anyone who attends is sure to be singing “Non je ne regrette rien” as they leave!

‘Handles the classics as the gems they still are.’ (The Guardian)

‘That great rarity, a singer who enhances a song.’ (The Observer)

The show takes place at the Ropetackle Centre in West Sussex. Tickets are £14 and are available here.