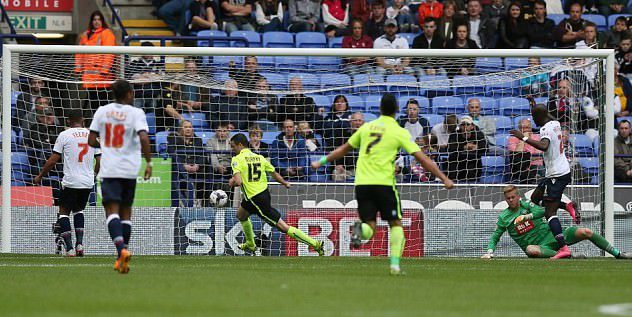 Brighton & Hove Albion welcome Bolton Wanderers to the Amex Stadium on Saturday, just three days after the sad passing of their former Chairman, Phil Gartside. Black armbands will be worn in memory of the much loved 63-year-old, as Neil Lennon’s struggling side make the long trip south to take on the Championship’s in-form team.

Sitting in 23rd position, Bolton will be looking to build on their 2-1 win over Rotherham United, climb the league table and pay full tribute to Gartside, who first arrived at the club in 1999. No doubt, a win on the south coast will mean slightly more this time around, as the Lancashire club continue their fight against relegation.

Three consecutive wins for Chris Hughton’s Brighton team has well and truly stopped the rot, following a spell of eight winless games and over 500 minutes of football without a goal. January signing Anthony Knockaert has hit the ground running and with a number of key players returning from injury, Albion once again look a force to be reckoned with.

In the reverse fixture earlier this season, Bolton rescued a point in the 94th minute, a Gary Madine header rounding off an impressive comeback from 2-0 down. First half goals from Dale Stephens and Jamie Murphy set the Albion on their way, before Neil Danns’ strike and a red card for Murphy teed up Madine’s last gasp leveller.

Team News: Beram Kayal is expected to shake off the injury that led to his second half withdrawal against Brentford last time out, Bobby Zamora is questionable and Liam Ridgewell will complete the final game of his brief loan spell from MLS outfit Portland Timbers.

Gataen Bong, Liam Rosenior, Sam Baldock and Gordon Greer are all likely to be missing, as they continue their recovery from injury. Rosenior has started training again this week but the Bolton game will come too soon for the versatile summer signing.

For Bolton, they welcome back Zack Clough following a month out on the sidelines and also expect midfielder Neil Danns to be fit. Liam Trotter will definitely miss the match in Sussex; however Gary Madine and Dean Moxey will face late fitness checks.

Albion will be looking to make it four wins on the bounce, before heading into a hat-trick of away fixtures at Cardiff City, Hull City and Bristol City. It’s set to be an emotional day for all involved with Bolton Wanderers Football Club and no doubt, the players on the pitch will be doing their upmost to secure three points, on a day remembered for more than just football.