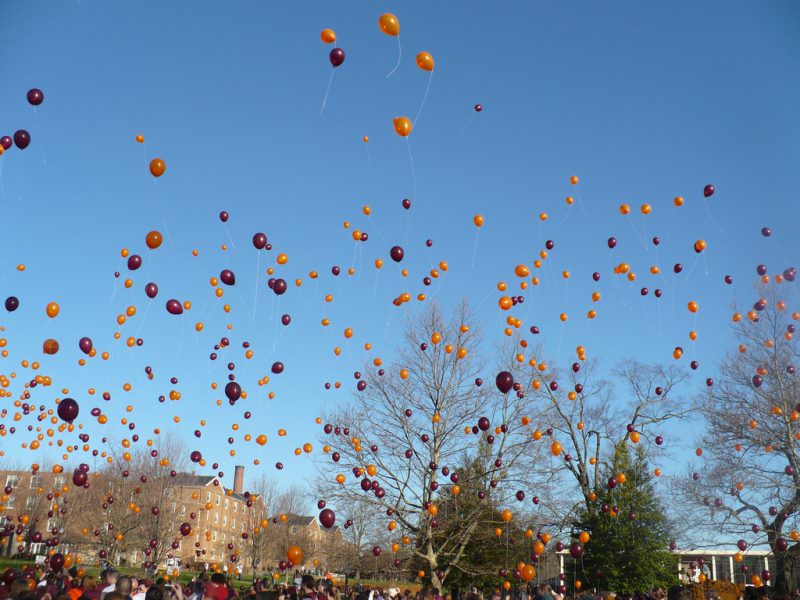 We live in a world where it is hard to avoid environmental damage. When the food and drink we consume are wrapped in non-biodegradable packaging, and the transport we are told to take pollutes the atmosphere, we are sometimes left with few choices.

One such commonplace thing which people never seem to see as a problem is the releasing of balloons. This symbolic act is common when celebrating anything from a birthday to the life of a loved one. However, it comes with problems.

Labour Party member Theresa Fowler led the way in calling for a ban on the releasing of balloons, presenting a deputation to Brighton and Hove City Council which has so far been positively received by councillors.

She believes that there seems to have been a rise in the balloon releasing tradition: “In the last few years it has grown in fashion to release balloons and sky lanterns at special events, funerals and memorials.

Fowler gave a damning statistic about the level of damage caused in recent years by balloons:

“The Marine Conservation Society has said that 53% more balloon-related litter has been found on our beaches this year than in 2015.”

The releasing of balloons is deceptive. As they disappear into the distance, it is easy to remove from your mind that the balloons will, inevitably, still end up somewhere in the environment. They don’t merely disintegrate when out of sight.

There will undoubtedly be those who see this as a way to strip others of fun. However, surely such a small concession is not hard to make in order to aid the future of the planet. The matter will be discussed in October.