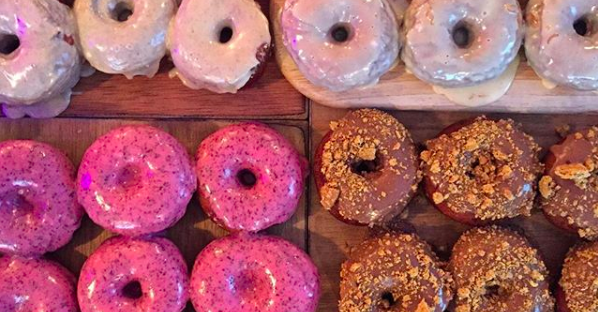 Brighton has a well-deserved reputation for being one of the most vegan friendly cities in the UK. Residents are spoilt for choice by a huge selection of vegan eateries, health-food stores, regular vegan food festivals and most importantly, an understanding of the need to be green.

Veganism has soared in popularity in recent years, and rightly so, with the UN warning that catastrophic climate change relies on the population to reduce the amount of meat we eat.

According to PETA, Brighton ranked first in 2016 for the city which searched “vegan” the most times on Google.

The study also showed that more people are becoming curious about vegan eating than ever before, with “record numbers” of searches being entered into Google each day.

When speaking to Viva! Vegan Festival organiser Juliet Gellatley earlier last month, she said “Interest in veganism has continued to soar globally and shows no signs of slowing down.” It is clear that this curiosity is reflected in Brighton, as the city is home to multiple cruelty-free eateries that increase in number each year.

Going plant-based doesn’t have to be a diet transition made because of an environmental scare. Brighton’s reputation as a “vegan Mecca” is proof that you can make the transition to veganism simply because you have a love for delicious, healthy, and cruetly-free food!

In light of this, Brighton Journal have curated an ultimate guide to the best vegan eateries in the city!

Craving a hearty full english? This cafe in Seven Dials serves some of the most scrumptious vegan breakfast options in the city, including vegan sausages!

We're ready for you #Brighton and weve got all bases covered with this cheeky #vegan number. 10am-2pm yeah #breakfast #brunch

Offering a tempting vegan and veggie menu, one customer said this cosy joint made him “THE BEST SANDWICH [HE] HAS EVER HAD”. Also, the cafe is home to a gorgeous pup called Rudy, what’s not to love?

This delightful little cafe boasts a 100% plant based menu, so you can enjoy absolutely anything for brunch with a happy conscience. They recently introduced Breakfast Burritos, so head down to this house plant happy cafe and soak in all that planty goodness.

This veggie restaurant in the North Laine is a huge advocate for eating plant-based in order to tackle climate change. Their motto “Be Vegan. Make Peace.” is greatly reflected in their delicious menu. Their selection of vegan burgers including the “chik’n” burger are some of the best in the city for any quick, but wholesome lunch break.

Creating veggie dishes since 1981, it is is one of Brighton’s OG plant-based restaurants. Still serving innovative and beautifully presented meals, Food for Friends was awarded ‘Top Vegan Restaurant’ by the Good Food Guide 2018. Not for the budget diner, but certainly for the hungry vegan diner, this restaurant is a delightful eating experience.

What a time to be alive when you can indulge in sushi that happens to be sustainable. At Happy Maki, a fusion of asian flavours is available on their entirely vegan menu. Did someone say hoisin “duck”?

Brighton’s very first vegan Pizzeria and winner of ‘Pizza of the Year Award’, this Italian restaurant creates dough to meet the demands of the ever growing plant-based population of the city. Try their award winning Parmigiana Party for a delicious plant based creation.

When the doughiest, cheesiest pizza you've ever eaten is gluten-free and dairy-free then you know times are changing. A vegan and gluten-free Cheesus, showing off a number of different plant-based cheeses. #PlantPioneers Big love to @camille__flora who snapped (and devoured) this beauty.

3. Beezlebab @ The Hope and Ruin

Starting off as just a small pop up shop, Beezlebab now has a permanent menu at The Hope and Ruin, offering a wide range of vegan hot dogs and kebabs and loaded fries. The perfect Friday night indulgence!

Home to some of the best vegan cakes in the city, this quirky cafe is also home to alternative art, kooky knick-knacks and pop-culture posters. All cakes which are cruety-free are clearly labeled as vegan, so come down and take your pick whilst enjoying one of their coffees made with soya, almond or oat mylk.

Glazed’s vegan donuts are dominating the plant based patisserie dessert scene, made fresh every single day. The best bit? They’re even available on Deliveroo.