Selkirk’s finest Frightened Rabbit have today announced a Winter UK tour of their album “Painting of a Panic Attack’.

Released in April 2016, hitting the Top 20 in the UK album charts and achieving the best critical reception of the band’s career to date, Frightened Rabbit’s fifth studio album Painting Of A Panic Attack saw the addition of The National’s Aaron Dessner on production duties. The album is much indebted lyrically to Los Angeles, following Scott’s move from Scotland to the States in 2014. Taking inspiration from what he saw, Painting is often a love/hate letter to LA.

Alongside the tour dates, the band has also unveiled a raw and beautiful live acoustic version of album closer ‘Die Like A Rich Boy’ https://youtu.be/JGxyCs30tfU

Dessner says of ‘Die Like A Rich Boy’: “([The song] feels like a completely classic song, but it’s also a distillation of everything Scott has ever written about. It’s so gracefully constructed and realized, and it’s not trying to be anything other than what it is. I wish I could write a song like that.”

American musician and the instrumentalist behind the protopunk band Suicide. Rev’s style varies widely from release to release, from no wave to melodic pop to heavy synth induced rock.

20% OFF DRINKS FOR THE FIRST HOUR FROM DOORS OPEN Energetic three piece The Greasy Slicks have had an exciting 2016 having toured relentlessly across the UK and Europe this summer, beginning at The Secret Garden Party back in July and more recently headlining Bestival’s ‘Invaders Of The Future Stage.’ The band’s self-titled debut album is out now (released September 30th), and with some impressive music videos for singles ‘Eyes Wide Black’ and ‘Hawks’, and a nomination in the Best Band category at the 2016 Unsigned Music Awards (UMA), Jack, Nathan and Rian are set to return to the live circuit with their first UK headline tour. 2017 promises to be another huge year for a three-piece who are starting to seriously make a name for themselves. Emerging from the sleepy suburbs of post-industrial Newcastle, Australia, gonzo-punk sweethearts The Gooch Palms have come a long way since recording their first string of lo-fi EPs and debut album Novo’s in their front bedroom back in 2013. These days they call sunny Los Angeles home and split their time touring their notorious live show between the USA, Europe and Australia.

It was during an extensive two and a half month tour of North America after relocating stateside in March 2015 that the gruesome twosome upped the ante and hit the studio for the first time ever to work with world renowned producer/engineer Bill Skibbe (who has worked with other two-piece acts such as The Black Keys, The Kills, Fiery Furnaces) to record their sophomore album Introverted Extroverts. Giving fans an insight into what it’s like to be a Gooch Palm and adding a few notches of fidelity to crank it up to mid-fi, Introverted Extroverts was met with rave reviews and a wave of sales that saw the proud DIY band successfully launch their own record label Summer Camp Records in June 2016.

Unkle Funkle is a Los Angeles based composer, producer, and multi-instrumentalist known for his surreal approach to writing, producing, and performing his vast, cross-genre catalog of original pop music as well as his covers of hit-songs ranging from R. Kelly and Celine Dion to Queen and Colleen Green, with whom Unkle Funkle recently produced a new EP for Infinity Cat Records. A music scholar having studied at Berklee College of Music and the University of Oregon, Unkle Funkle brings a classical training in voice, composition, and guitar to the table while still maintaining an outsider aesthetic and freak-ingenuity.

As lead guitarist for Chunk-Rockers White Fang and their sister band The Memories, Funkle has toured extensively across North America, Europe, The United Kingdom, and Australia alongside world-class acts such as The Thermals, The Growlers, The Coathangers, YACHT, togetherPangea, Gap Dream and more

There is a great misconception about so called ‘classic rock’ bands nowadays. The bands that were at their biggest in the 70s and 80s and have since reformed with a changed line-up and are out touring again.

There are many who see this as one last money-making venture but whilst this may be true for some bands Magnum are one of the exceptions. Their high points did come in the 80s but in terms of their live show they seem to be going from strength to strength as they get older, much like a fine wine or cheese.

Never ones to disappoint the Birmingham prog rockers know how to please their fans when it comes to their setlist. Sets includes a variety of classics but also a bunch of new songs, which at the moment come from their 2014 album ‘Escape from the Shadow Garden’.

A Magnum show offers everything you could want from a classic rock show; the big flailing hair, big hits and a crowd that can’t get enough of seeing these seasoned veterans still able to have control over their audience in such a spectacular fashion.

Even after being a band for 40 years – excluding a six year hiatus and a number of line-up changes – Magnum are undeniably still as rocking as they were when they founded in 1972. Sure, live shows may not be as big or as frequent as they used to be, with a number more of them being festival appearances, but you can be sure that when you go to see them you will not leave feeling undersold. Whether you’re seeing them for the first time or for the tenth time there will always be a surprise in store and an energy that is rare to see from an older band nowadays. Here’s hoping that Magnum stick around for a few more years and continue to rock every stage they step foot on.
Support from Vega.VEGA formed in the summer of 2009 and released their debut album “Kiss of Life” in 2010 to rave reviews across the board.In 2011 VEGA decided to go in search of a record company that shared their passion for trying to inject something new in to the rock genre, whilst still maintaining the 80’s/90’s roots that influenced them in the first place.

After a long search VEGA finally secured a worldwide deal with Nine Tone/UNIVERSAL RECORDS who will release their 2nd album in the autumn of 2012. Singer Nick Workman says “We wanted to write an album where every song could have been a single, so we have been spending a lot of time fine tuning the songs. We pretty much demoed each song twice before we were satisfied”. The new album will feature 13 tracks of hook laden “stadium rock songs” that deserve to be play loud enough to piss of your neighbours…………

As rock Journo Dave Ling say’s “These guys could have a major role to play in the future”! 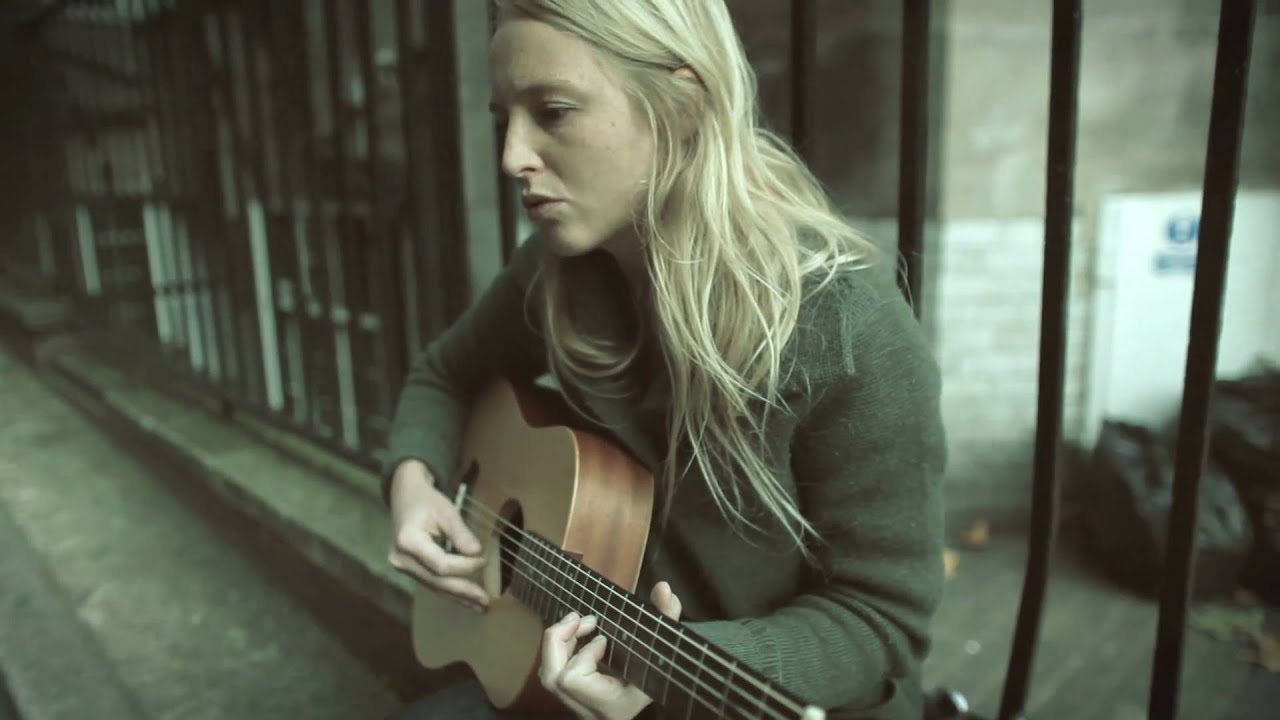 Having seen her recent, third album ‘My Wild West’ enter the UK top 20, Lissie is set to release the third single from the album, the fantastic ‘Wild West’. Accompanied by a charming new video, the single will be released on 18th July through UK label Cooking Vinyl. The single is currently enjoying heavy rotation at Radio 2, where it is currently C – listed.

The inspiration behind the single’s fantastic accompanying video came from director Talain Rayne, who had the idea to have his friend’s kids star in and shoot a music video. The seed now planted, Talain turned up at the family’s house one day, armed with his camera and recording equipment. The audio that you hear at the beginning of the video is their true reactions. The kids were shown how to use and record with the camera and left to their own devices for a week, with what you see in ‘Wild West’ the result of their first foray into the world of film. Gang – celebrating the release of the AA-Side Single DEAD // ENOUGH NOTHING
The 7″ vinyl comes out friday 25 nov on Ra-Ra Rok Records
Pre-Order now .. or just come to the show and buy it from the real dead dopplegangs.

Support comes from:
Fuoco – soundcloud.com/fuocoband
Filthy amalgamation of pounding drums, crashing cymbals and savage, caustic riffs. James also does lots of bouncing around and shouting and will prbably hurt himself doing so, come along and break his fall.

Inevitable Daydream – soundcloud.com/inevitabledaydreammusic/sets/love/s-GZdwA
first time we’re putting these dudes on, haven’t seen them myself yet but heard very good things, anticipation is high.

Come and celebrate the end of a great term with an amazing night of live music on Thursday 8th December, from the students at BIMM Institute Brighton!

All musicians are welcome to come and play with our amazing house bands. BIMMers, musos, and all our usual Casa crew should bring their guitars, drum sticks and vocal chords. Arrive early to avoid the queue and get your name on the performers list. Guitarists and bassists remember to bring your guitars and bass guitars with you.

Live Funk Jam: 11pm-3am This gives musicians and vocalists an opportunity to showcase their skills in front of a live audience and perform with a talented, experienced and encouraging band who have a huge repertoire of funk, soul, pop and motown, both classic and current.

DJs spinning everything you can imagine from the 90s. Everything you grew up to, and means so much to you. From Hanson & No Doubt to Dr. Dre & TLC with a heavy dose of Spice Girls all night. 90s inspired outfits / Spice Girls influenced looks highly encouraged.

We’re back with our second edition of TPR Sessions, providing a platform and showcase for upcoming Brighton and UK acoustic talent, and a chilled out evening for Brighton residents and beyond.

Join us on Thursday 8th of December from 7pm for a completely free, festive evening of amazing live acoustic music with mulled wine, craft beers, and more wines.

Please RSVP and share this with your friends, and stay tuned for updates on artists.

If you are a budding artist or band and would like to get involved in this or future events, please message The Plant Room via Facebook- https://www.facebook.com/theplantroomcoffee

• Théo Pollet and band •
Returning after his captivating performance at our previous event, Théo will this time be accompanied with keys and an additonal guitarist to provide an unforgettable performance.

• Epilogues •
https://soundcloud.com/epilogues
Solo artist Mikey Donnely will be performing his atmospheric, warm acoustic originals, be sure to check out his band camp for free albums, EPs and tracks.

• Carl Carzana •
Solo acoustic artist Carl will be performing his relaxing, atmopsheric tracks and bringing his unique style to the evening.

In Spring 2016, Sam Jordan & The Dead Buoys, (previously ‘Dead Boys’ but more on that later), released their debut When Golden Morning Comes E.P. via Dead Good Records and Cooking Vinyl Publishing. It blended mesmerizing and melancholic folk-tinged soundscapes with an aura of dark, troubled romanticism. Sam’s “distinctive” (Steve Lamacq) voice a surprising marriage of booming baritone, Tom Waits-esque gruffness and a gentle falsetto. The E.P. clocked up an impressive run of accolades for an unknown artist; tracks premiered on Q Magazine 405, Clash and Gigslutz; Folk Radio, For Folk’s Sake; big name sessions were recorded for the likes of Daytrotter and Sofar Sounds, songs were spun by Chris Hawkins and Steve Lamacq (BBC Radio 6Music), and gigs sold out at London’s The Islington and Servant Jazz Quarters (among others).

COOL FOR CATS WITH DJ KAT

SEE YA THERE, PRETTY KITTIES XOXO We’ll be playing music from the likes of: SBLive return to Sticky Mike’s with WÜF – the only triple cray rave in the whole of Brighton. 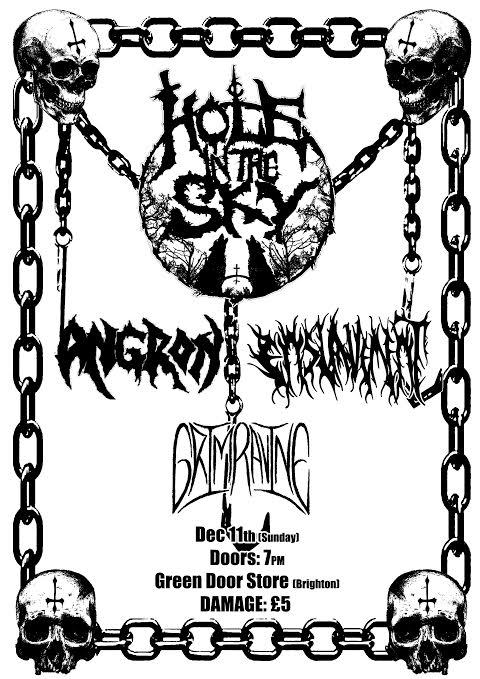