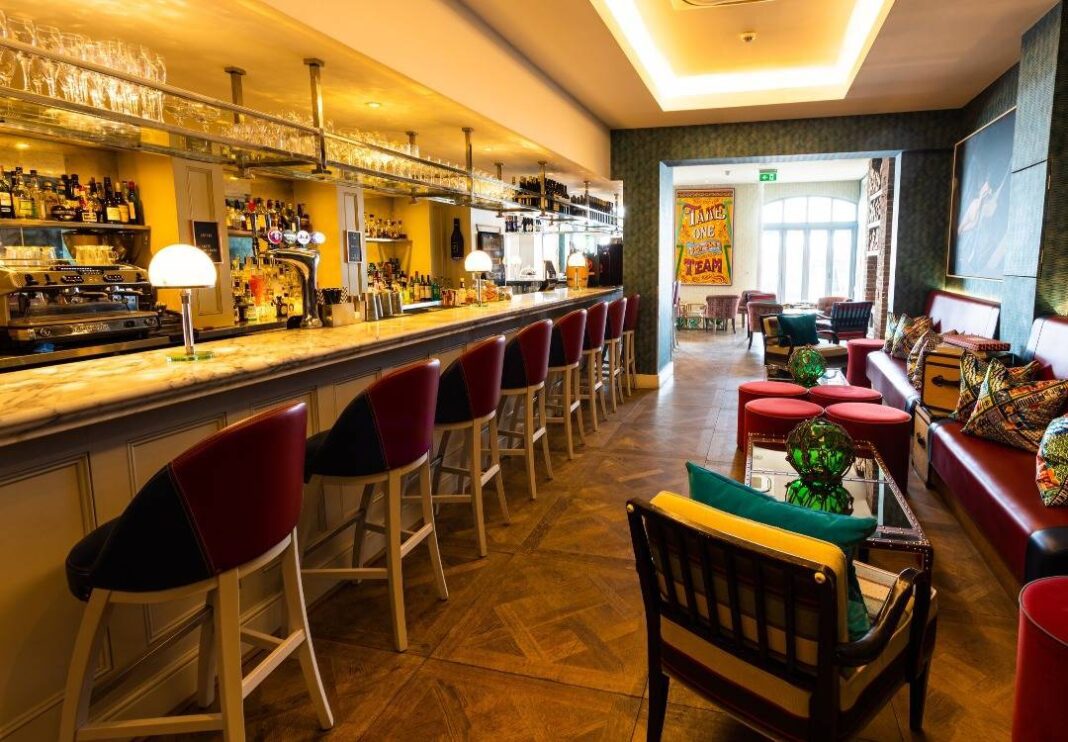 Harby’s Bar and Diner, placed front and centre at the boutique-style Harbour Hotel on the seafront, has relaunched just in time for summer. We were invited along last week to explore everything they’ve upgraded from the Hotel’s previous offering of the HarBAR (drink) and The Jetty (food). The bar and kitchen are working side by side now; they even have space for a supreme ice cream parlour (more on that later). Brighton Journal (+1) tumbled down West Street to find out all about it.

Following a quick stop off at postage-stamp-sized sustainable cocktail bar GungHo on nearby Preston Street (perfect for people watching), we walked across to the Habour Hotel and were met at the door by the delightful sales manager Emily, along with a small group of local food bloggers. We learnt that the idea of a re-branding was centred around a desire to fit in with the local surroundings: the seafood, the pier, the spray. The previous incarnation of the HarBAR/Jetty experience hadn’t managed to hit the right notes with punters looking for something more than just a bar-hop. Emily explained that they now want to appeal to the demands of the local Sussex folk who desire sustainable ingredients, locally sourced produce as well as a diverse menu that appeals to the vast vegan demographic in our city. 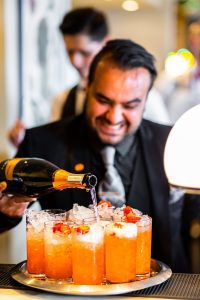 But prior the food: the first sign that things have changed comes before we’ve stepped through the door. The pristine white of the Regency building, an imposing tower which occupies the corner of West Street and King’s Road, dazzles against the nautical blue paintwork. Add to that the steam-punk mural which adorns the front entrance of the restaurant – all anchors and seagulls – and we’re routed in place from the get-go. The next motif symbolising boutique over big brand comes in the form of head barman and all-round charmer George; he uses Brighton Gin to shake a Harby’s Spritzer, the in-house twist on an Aperol Spritz, inspired by the surroundings and perfect for summer. As a none-gin drinker I can pay it the highest possible compliment – I almost finished it! If you are a gin-lover, George’s cocktails and charisma are worth the visit alone. 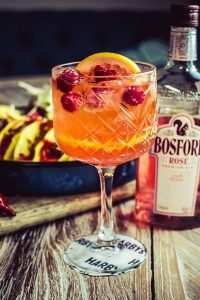 Past the grandiose marble bar, we’re led past an area of snug dining hovels, into the heart of the restaurant, slap bang in front of a huge open-kitchen. The full-length mirrors, candy-coloured lampshades and sea-monster inspired wallpaper make you think Willy Wonka, but we resisted the temptation to lick the walls before we took our seats. We were then surrounded by an embarrassment of riches in the form of food platters and small bowels of pickable sides. In no particular order we pulled at, stabbed and crushed: Jackfruit Tacos, Chicken Wings, Seafood Burgers, Flat Iron Chicken, 16hr Beef Brisket, Scampi in a Basket, Smoked Salmon Pizza, and an exploding Cauliflower which only added to the fantastical experience by resembling a cheesy brain. As a carnivore, my pick of the food was the melt-in-the-mouth brisket and the indulgent pops of scampi bites, which are made from langoustine tails. 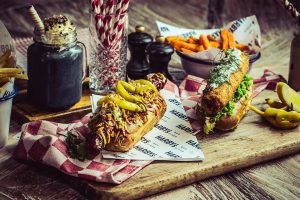 After chatting everything Brighton around the high table, we pick up party bags complete with sticks of rock and boozy treats. Then it’s off to the front of the restaurant for the last surprise of the evening. At this point we take in the full scape of the dining rooms: the mustard-coloured seats, frilly chandeliers and retro games tables are nothing new for Brighton. In places it’s heavily reminiscent of The Ivy restaurant, and even the latest interior design efforts of the Seven Stars pub. Then again, this triumvirate of venues are all riding on the back of a 1920’s Jay Gatbsy concept, which isn’t the worst trend to pass through the cities eateries. I digress, we’re not at Harby’s to inspect the interior too closely – to end with at least, we’re here for the desserts.

The sweets parlour, with it’s strawberry splits, would sit comfortably alongside a Punch and Judy show on the Palace Pier, only here it’s upgraded to the realm of wonderful. An attentive host serves up generous scoops of artisan flavoured ice cream as well as mini bottled milkshakes. It’s perfect for kids as you head to or from the beach on a busy Saturday, as well as giving adults a pastiche version of Al’s Diner in Happy Days. 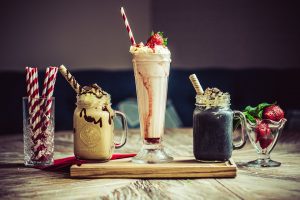 The sweet course guaranteed the tour ended on a high note, which will no doubt mean Harby’s lives long in the memory and encourages us all to drop in again over the summer. When the predictable calls of West Street and other staples in the Lanes come calling, I would recommend you all do the same.

A Conversation With Luisa Pringle – Founder of Artisan bakery Abeille