Home News High court rules on under 16’s with gender dysphoria unlikely to be... 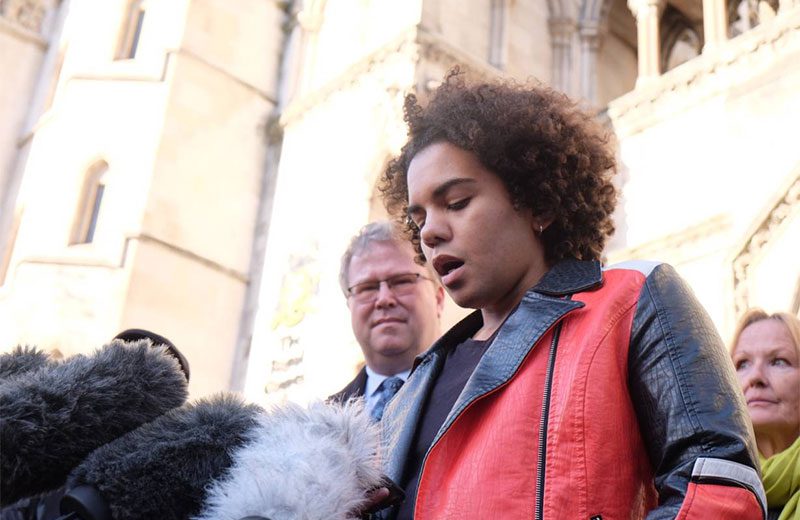 Children under 16 with gender dysphoria are now unlikely to be able to give informed consent to undergo treatment with puberty-blocking drugs, three High Court judges have ruled.

The judges yesterday ruled in favour of Keira Bell, 23, a woman who began taking puberty blockers when she was just 16, before “detransitioning,” and Mrs A, the mother of a 15-year-old autistic girl who is currently on the waiting list for treatment through the NHS Gender Identity Development Service.

The NHS stated that it “welcomed the clarity” the ruling would bring while one of the claimants, Keira Bell, said she was “delighted” by the judgment.

Ms Bell, 23, from Cambridge, had been referred to the Tavistock Centre, which runs the UK’s only gender-identity development service (GIDS), as a teenager and was prescribed puberty blockers aged 16.She argued the clinic should have been challenged more over her transition to a male as a teenager.

Dame Victoria Sharp, who sat with Lord Justice Lewis and Mrs Justice Lieven, said: “It is highly unlikely that a child aged 13 or under would be competent to give consent to the administration of puberty blockers.

“It is doubtful that a child aged 14 or 15 could understand and weigh the long-term risks and consequences of the administration of puberty blockers.”

For treatment of those over 16 it is normally presumed that they have the ability to give consent. But in gender reassignment cases where puberty blockers may lead to subsequent surgical operations, the judges said: “Given the long-term consequences of the clinical interventions at issue in this case, and given that the treatment is as yet innovative and experimental, we recognise that clinicians may well regard these as cases where the authorisation of the court should be sought prior to commencing the clinical treatment.”

In october at a hearing , lawyers for the claimants argued that children going through puberty were “not capable of properly understanding the nature and effects of hormone blockers”.

The Gender Identity Development Service (GIDS) at the Tavistock clinic has been providing puberty blockers to children as young as 9 and 10 who have been  assessed as suffering from gender dysphoria, the judges noted.

The Tavistock deals with cases referred to it from across England and Wales. Until 2011, puberty blockers were only available at GIDS for those aged 16 or older.

The judge said that, for a child to be competent to consent to puberty blockers, they would also have to understand “the relationship between taking cross-sex hormones and subsequent surgery, with the implications of such surgery, the fact that cross-sex hormones may well lead to a loss of fertility (and) the impact of cross-sex hormones on sexual function”.

Keira Bell herself said she felt confused and distressed by her body.At 16, she became one of thousands of girls, some as young as 10 or 11, referred to the Tavistock and Portman Trust.After three appointments she was prescribed puberty blockers before she was put on testosterone.”When I was 20 I had a double mastectomy,” she said.She believed the treatment would help her “achieve happiness”.Ms Bell, who began de-transitioning last year, said: “It was heartbreaking to realise I’d gone down the wrong path.”

Ms Bell and Mrs A’s solicitor Paul Conrathe said the ruling was “an historic judgment that protects children who suffer from gender dysphoria”.He added: “Ultimately this case was decided on the facts that were known by the Tavistock.

The Gender Identity Development Service (GIDS) at the trust had 2,590 children referred to them in 2018-19, compared with just 75 patients ten years ago.

The London clinic sees children under 18, including some cases who are as young as three. Around half of children are put on drugs to pause their puberty, known as hormone blockers.A few charities have been campaigning for all children aged 12 and over to get streamlined access to puberty suppressants if they identify as transgender, and hormone blockers have been hailed as revolutionary by some trans activists.

In a statement after the ruling, a spokespersom from the trust said: “The trust is disappointed by today’s judgment and we understand that the outcome is likely to cause anxiety for patients and their families.

They said they  will support any patients concerned about their care and confirmed that the trust would seek permission to appeal against the judgment.