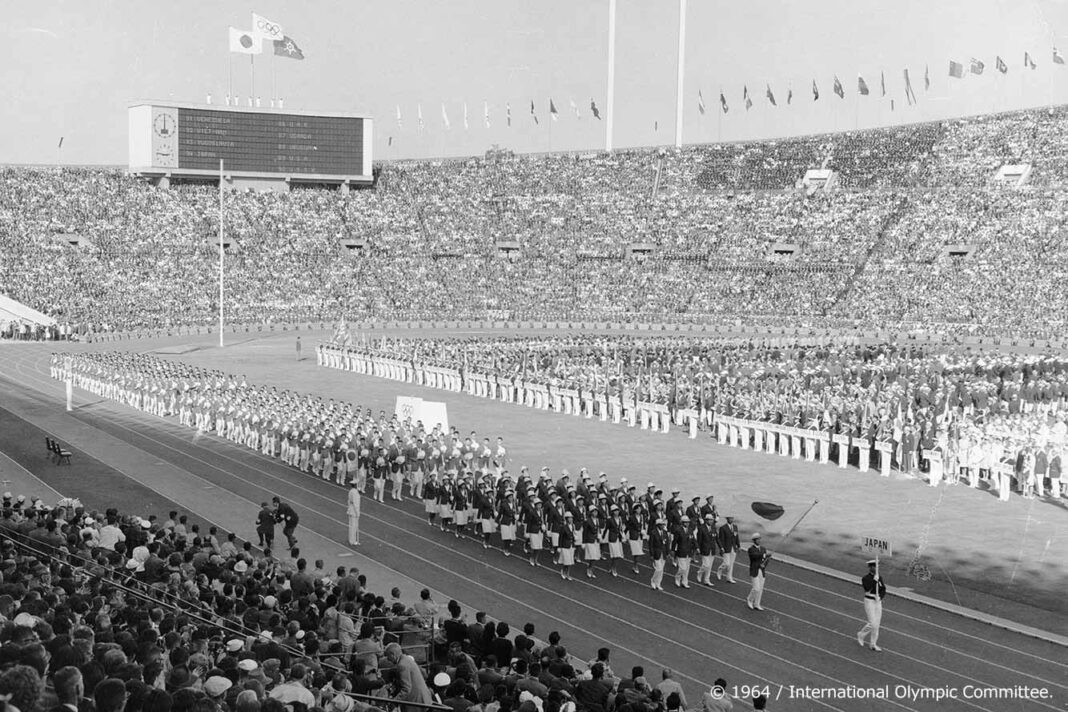 The Olympic Charter states one of the fundamental principles of Olympism is that “sports organizations within the Olympic Movement shall apply political neutrality.” In reality, the Olympics and politics are inseparable — and a movement in Asia almost 60 years ago has had a lasting impact on how the Olympics have become heavily politicized.

In the 1960s, some 36 countries embraced a new counter-Olympics: GANEFO, the Games of the New Emerging Forces. GANEFO formed to challenge the International Olympic Committee, “a tool of the imperialists and colonialists,” in the words of then Indonesian president Sukarno. After GANEFO, the IOC was forced to accept that sports were often political. There was no going back.

GANEFO presented the IOC with an unprecedented challenge. “Sports cannot be separated from politics,” Sukarno declared. IOC President Avery Brundage deplored this “challenge to all international amateur sports organizations, which cannot very well be ignored.” There was “such a thing as rules and regulations,” he sniffed.

GANEFO, not the Tokyo Olympics of 1964, was the first major global sporting event held in Asia. While Japan threw a “coming out” party that symbolized its return to the global stage after the Second World War as a rules-abiding country, Indonesia and its GANEFO allies (initially Cambodia, China, Guinea, Indonesia, Iraq, Mali, Pakistan, Vietnam, and the Soviet Union) rejected the rules of the game.

GANEFO posed a new way for the world to organize and understand global sports. Its origins lie in the Asian Games, a regional competition held every four years between the Summer Olympics.

Eleven national teams took part in the first Asian Games in 1951, with Japan topping the medal count. The host, India’s Prime Minister Jawaharlal Nehru, identified a very political goal: sports “bring together the youth of many countries and thus help, to some extent, in promoting international friendship and cooperation.” Subsequent Asian Games in Manila and Tokyo embraced Olympian language of friendly competition along with promotion of the host country’s global role.

That changed when the Third Asian Games opened in Indonesia in 1962. Sukarno’s government refused admission to Israel and Taiwan in response to the wishes of the Arab states and China.

Consequently, the IOC refused to recognize the Games. With athletes and national delegations already in Jakarta, they went ahead regardless. Hometown fans thrilled at the sight of Indonesia finishing second to Japan in the medal count. The IOC expelled Indonesia.

Brundage was furious. “Are governments going to expand the Cold War onto playing fields?” he asked. Sukarno shot back that the IOC was already political, a Cold War organization that excluded China and North Vietnam because both were under Communist rule.

That was when Sukarno called the IOC “a tool of the imperialists and colonialists” that betrayed the founding Olympics ideals and falsely claimed to keep sports and politics separate, while in fact imposing an anti-Communist purity test. So he called for another sporting event, GANEFO, in 1963.

It was, he argued, a way to even the playing field for the athletes and aspirations of Third World nations, and a chance for Indonesia to use sports as a way to build national infrastructure and national swagger. “Boy, what kind of a nation do they think we are?” Sukarno asked of the IOC. “I have repeatedly said that we are not a bean-cake nation!”

Opinions differ on the GANEFO’s success. Most athletes came unofficially, and the event featured almost as many dancers and musicians as athletes. China led the Soviet Union and Indonesia atop the medal table. What GANEFO did achieve, however, was its goal of nation-building through sports.

Indonesia did not prevail in its challenge, but it did not suffer any damage. It gained readmission to the IOC in time for the 1964 Tokyo Olympics — but chose to boycott the Games after the IOC refused to allow athletes who competed at GANEFO to take part in the ’64 Olympics.

Meanwhile, the rules of global sports were changing. It would be difficult to pretend that international sports were apolitical after this point.

The IOC barred South Africa from the Tokyo Olympics in 1964 and sports boycotts of South Africa played a role in mounting global pressure to end apartheid.

The Olympics, rugby and other sports would become arenas of international political confrontation and boycotts on a regular basis, nearly derailing, for instance, the 1976 Olympics in Montréal. Indigenous peoples continually point out the troubles with “apolitical” framing of the Winter Olympics held in Canada.

Organizers awarded the second GANEFO to Egypt, but had to cancel the event as war with Israel loomed. Instead, Cambodia hosted an “Asian GANEFO” in 1966. The opening ceremonies attempted to evoke the same nation-building efforts as Indonesia’s GANEFO.

With the end of this last hurrah, GANEFO faded from the scene. One can see its legacy, however, in the way that Third World governments would subsequently use sports as one avenue to pursue international political goals. In this sense, GANEFO won the day.

Tips for Helping Your Kids Succeed in School

Vaccine passports: Scotland’s new rules are toughest yet in UK