Home Lifestyle How has more representation of the LGBTQ+ community on UK television helped... 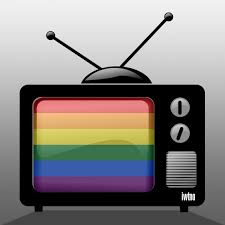 Hollyoaks, Emmerdale, Torchwood, EastEnders, and Downton Abbey to name a few, are all British programmes that are embracing inclusivity and that have included LGBTQ+ characters in their shows. Representation of the LBGTQ+ community on prime-time UK television has improved by leaps and bounds in the last thirty years. Historically, portrayals of LGBTQ+ communities were mostly negative, reflecting the intolerance of society then. Nowadays we see lesbians, gays, bisexuals, and transgender people represented on television in the United Kingdom and rightly so. Portrayals of LGBTQ+ people on primetime UK television in recent years are mostly positively portrayed.

As the prominence of LGBTQ+ figures in UK television rises, it appears that this is having a positive impact on the everyday lives of the LGBTQ+ community as they now feel more represented and this can be no more true than for younger people watching these television programmes.

But how exactly has more representation of the LGBTQ+ community on UK television helped young people?

It has helped young people because seeing same-sex parents, same-sex marriage, and non-binary romance on UK television empowers young LGBTQ+ people. Younger viewers are neither entirely passive receptors of messages from the television nor discriminatory translators but are vulnerable to the media environment, this is why television programmes that include LGBTQ+ characters can definitely have a positive impact on young people.

Young people also feel included when there are LGBTQ+ characters in a television programme and this can even provide them with role models.

There is significant importance in British television shows like Hollyoaks representing the LGBTQ+ community because young people see characters that are like them and this can help with their identities.

Increased representation on UK primetime television has also provided a means for assimilation LGBTQ+ people and reinforces and maintains their identity.

lesbian and gay people as it has promoted communication between different groups of society, this has even gone beyond national boundaries. Producers of British television programmes must consider how representation of LQBTQ+ characters shapes public opinion and values. Television continues to be a powerful tool in socialising mechanisms, this is because younger people come across minorities that have previously been invisible on the television.

Despite the increase in the last thirty years, challenges remain for the LGBTQ+ community. There is still the perception from LGBTQ+ communities that despite the increase, there is still insufficient representation in UK media according to interviews by the BBC. The interview also highlighted that creators of British television shows need to be more creative on how they represent LGBTQ+ people in order to break stereotypes. Janice Hadlow, Controller of BBC Two in response to the interviews said that: “The research also challenged us in terms of seeking out more diversity within LGB portrayal, and in understanding the role of stereotypes. We continue to have ongoing conversations about LGB portrayal”.

Yes, LGBTQ+ representation has improved immensely but with the positive impact that it is having on the lives of millions of people, why stop there? As more young people feel comfortable and accepted as identifying as part of the LGBTQ+ community, they should also be able to see themselves reflected accurately and authentically on the television that they watch. UK television must match the society that we live in, where acceptance of the LGBTQ+ community is continuing to grow, and same-sex marriage is legal in all parts of the United Kingdom since 2014.