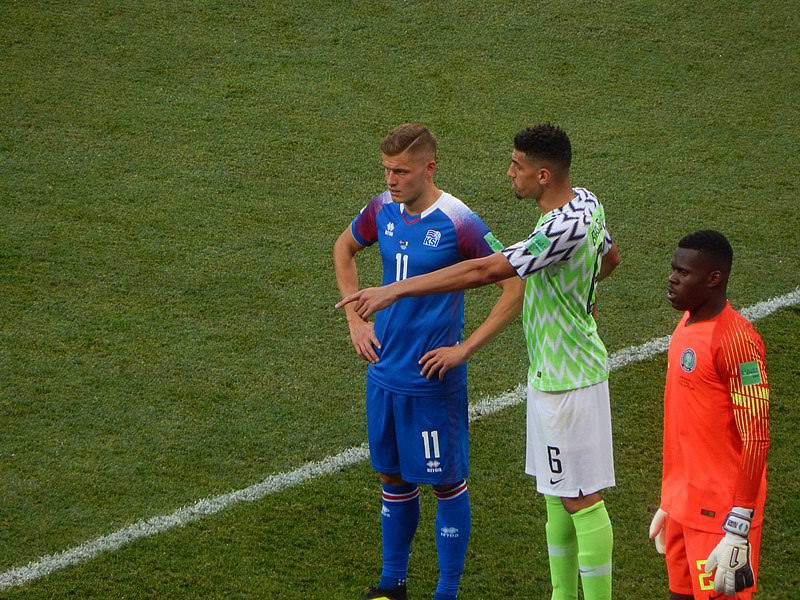 Brighton’s incredible footballing success has been summarised by the sides representation at the worlds greatest sporting tournament. 3 Albion players have lined up for their nations at this year’s tournament, with varied success for each player. So, as the group stages have wrapped up, let’s see how these players have fared so far.

Albion’s new signing Leon Balogun will have excited fans everywhere. While a highly regarded defender, he has shown that the faith the club placed in him was not misguided.

Nigeria did not start out in the best manner. They fell a 2-0 defeat against Croatia. This is, however, not an embarrassing defeat whatsoever, with many seeing Croatia as the tournaments dark horse.

Things were back on track in their next game, as Nigeria became the first side to beat Iceland in the group stages of a major tournament. Their 2-0 win meant that a positive result against Argentina could see them through the group.

However, Lionel Messi’s Argentina had other plans. It looked like Nigeria might get a draw, or possibly more, before a late Marcus Rojo goal ended their World Cup hopes.

Nigeria put up a good fight, with Balogun appearing in every game. Albion fans will keenly await his Premier League debut.

Being a goalkeeper is always a hard business, especially in a side who had not kept a clean sheet in 10 World Cup games before the tournament. Australia were not pushovers, leaving themselves in with a chance of qualification in the 3rd round of group games. They didn’t particularly excite though.

Australia started by nearly frustrating a tournament favourite. France only won courtesy of a fortunate late own-goal, a harsh outcome.

Australia would not repeat their mistakes in the next game, holding a strong Denmark side to a respectable 1-1 draw.

However, it wasn’t to be for Ryan’s side, as they fell to a 2-0 defeat to Peru and slumped out of the tournament.

Despite going out, Ryan still showed glimpses of the form which has seen him become an Albion fan favourite.

Brighton has one player still standing at this year’s tournament. Izquierdo’s electric pace and bags of skill saw him become a beloved figure at Albion.

The Brighton star received a surprise start in Colombia’s opening game. They then suffered a shock loss to Japan. They did, however, go down to 10 men in the first 10 minutes, before losing 2-1.

The side turned around their tournament with 2 huge wins. The first was an impressive 3-0 dismantling of a below-par Poland side, and then a cagey 1-0 win against Senegal to win the group.

Sadly for Izquierdo, his first appearance has been his only appearance. He’ll be hopeful of coming back into the side in the knockout rounds though, with Colombia’s first, and possibly last tie, against England.