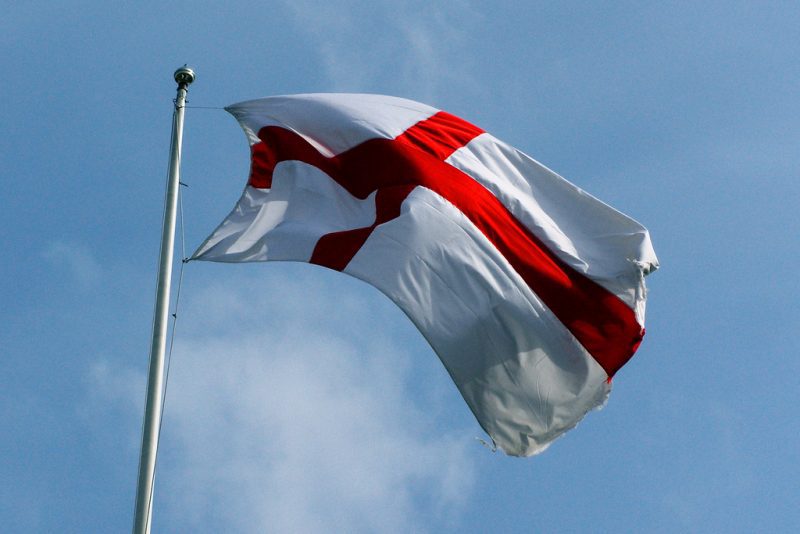 An England fan has been asked to remove their flag by a person purporting to represent Brighton council. The St George’s flag is associated by many with racism and nationalism. However, there is a line between patriotism during a World Cup and making a right-wing political statement.

Ollie Cox’s flag hangs at Pay Less Tyres in Brighton, the mechanic’s workplace. Cox seems bewildered by the request, stating that he merely hung it up to support his side in their World Cup pursuit: “I hang the flag up whenever England are playing in a tournament… I am just doing this to support my country.”

Cox also spoke of his suspicion about the validity of the request. A woman claiming to be from the city council phoned Cox. She alleged that it had troubled a citizen: “She asked me to take it down as it had caused offence to someone.”

The bizarre call ended with Cox refusing to take down the flag: “I’m not taking the flag down unless I have broken a law.”

The council also shed serious doubt on the supposed credentials of the caller: “We have not so far found any evidence to corroborate the claims that have been made in this instance.”

Considering that it is a World Cup, it is common to see St George’s flags. They adorn several buildings in the city, with all, patriotic or not, understanding why they are there. As the council added:  “St George’s flags are flying proudly throughout our city, and thousands of council staff are cheering our team on.”