A much-loved independent record shop in the heart of the Lanes is tragically on the verge of closing. Despite their best efforts, co-owners of Vinyl Revolution Simon Parker and Rachel Lowe have conceded defeat in the uphill struggle against the big names on the high street. It’s an all too familiar story; independent retail outlets battling against business rates and the rise of online shopping, amongst other things. 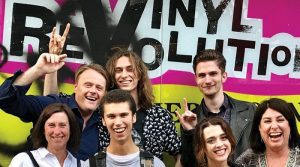 Simon had this to say, “Independent retail is in crisis, the government is doing nothing. When the banking crisis happened the government invested billions to save the industry.” The well-known shop is situated on Duke Street, and sits side by side with huge brand names as well as fellow independents. Whilst acknowledging that they do sell online, the owners pride themselves on great customer service, the interaction between staff and customer and also the experience of rummaging through their shelves before buying. Simon and Rachel also cite the paralysing fallout from Brexit as a reason why people have chosen to think more carefully about their spending. Moreover, the ongoing difficulties with train line closures have seemingly prevented a mass of tourists travelling into the city to explore our cavernous shopping district. 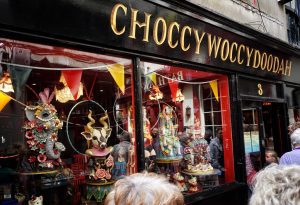 This sad story comes just months after another iconic Duke Street stalwart Choccywoccydoodah closed its doors to the public. For a city and a community that prides itself on supporting independent enterprise and also a boasting a cultural richness, these are a series of devastating blows. Local MP Caroline Lucas shared the sentiments of Vinyl Revolution owners and indeed their customers, “Shops like Vinyl Revolution are the lifeblood of towns and communities up and down the country. Simon and Rachel have worked so hard to make it a success. The message for government is to please take local retailers far more seriously. They are what make places like our seaside town so special.” Caroline is also pleading with people to support a petition to take this issue to government and hopefully to a debate in parliament. Details of how you can do the same are found below; it only takes a few seconds but would stand as a huge symbol of support for these cherished local retailers.

Football is back, 3 days and counting