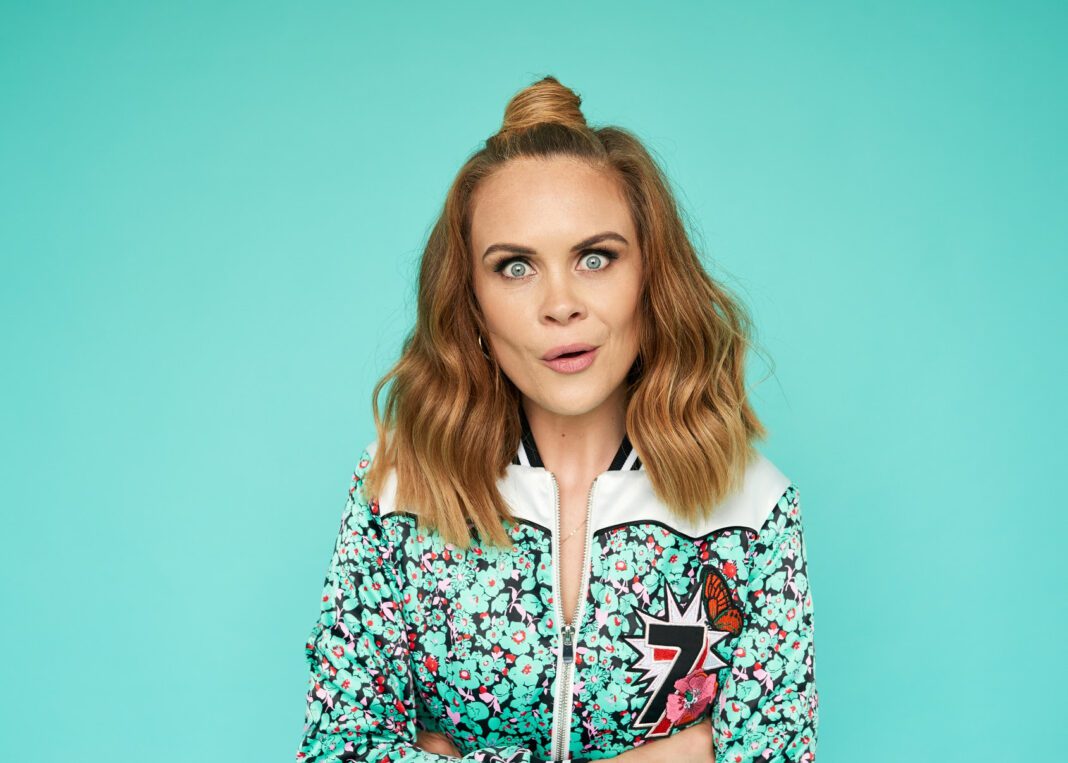 After selling out an incredible four nights at the London Palladium, Joanne

McNally has added a second date at the EVENTIM APOLLO. This will follow on from her tour THE PROSECCO EXPRESS, which is visiting venues up and down the UK throughout 2022.The event reaches Brighton Komedia on Wednesday, 13th July.

Nominated for a National Comedy Award, Joanne is co-host of the hilarious, chart-topping (one million downloads a week) podcast My Therapist Ghosted Me, with Vogue Williams, and she’s described as “a truly gifted stand up” by The Sunday Times.  Join her at the world-famous Palladium, as she revisits her rreverent and critically acclaimed show The Prosecco Express.

Due to a relentless ageing process, Joanne is suddenly in her late thirties with no husband, no kids, no pension and no plan. She is full of questions: if she doesn’t birth anything, who will be obligated to watch her die so she doesn’t have to do it alone? Can she start a GoFundMe page to get a golden tomb built for single people to get buried in together, or do we all just get thrown into a mass grave and covered in cat hair? When a man on a dating app identifies as ‘spiritual’, is it safe to assume he has the personality of a spoon? If you do all your drinking in the bath, can you write it off as self-care?

‘Dark, hilarious, strangely reassuring’ [The Independent], Joanne is on a mission to solve absolutely nothing.

Joanne McNally has taken Ireland’s comedy scene by storm with sell-out tours, hilarious chat show appearances, newspaper articles, and a hit documentary all under her belt. Now firmly on the UK comedy circuit, she’s enjoyed sell-out Edinburgh runs with her stand-up shows Wine Tamer and The Prosecco Express. She toured Ireland with both shows and sold-out her Soho Theatre run. She will tour the UK in spring 2022, with nationwide tour dates to be announced soon.

Joanne created, wrote and presented the funny and insightful documentary Baby Hater, which was broadcast in Ireland for TV3, and has been sold to 12 countries.