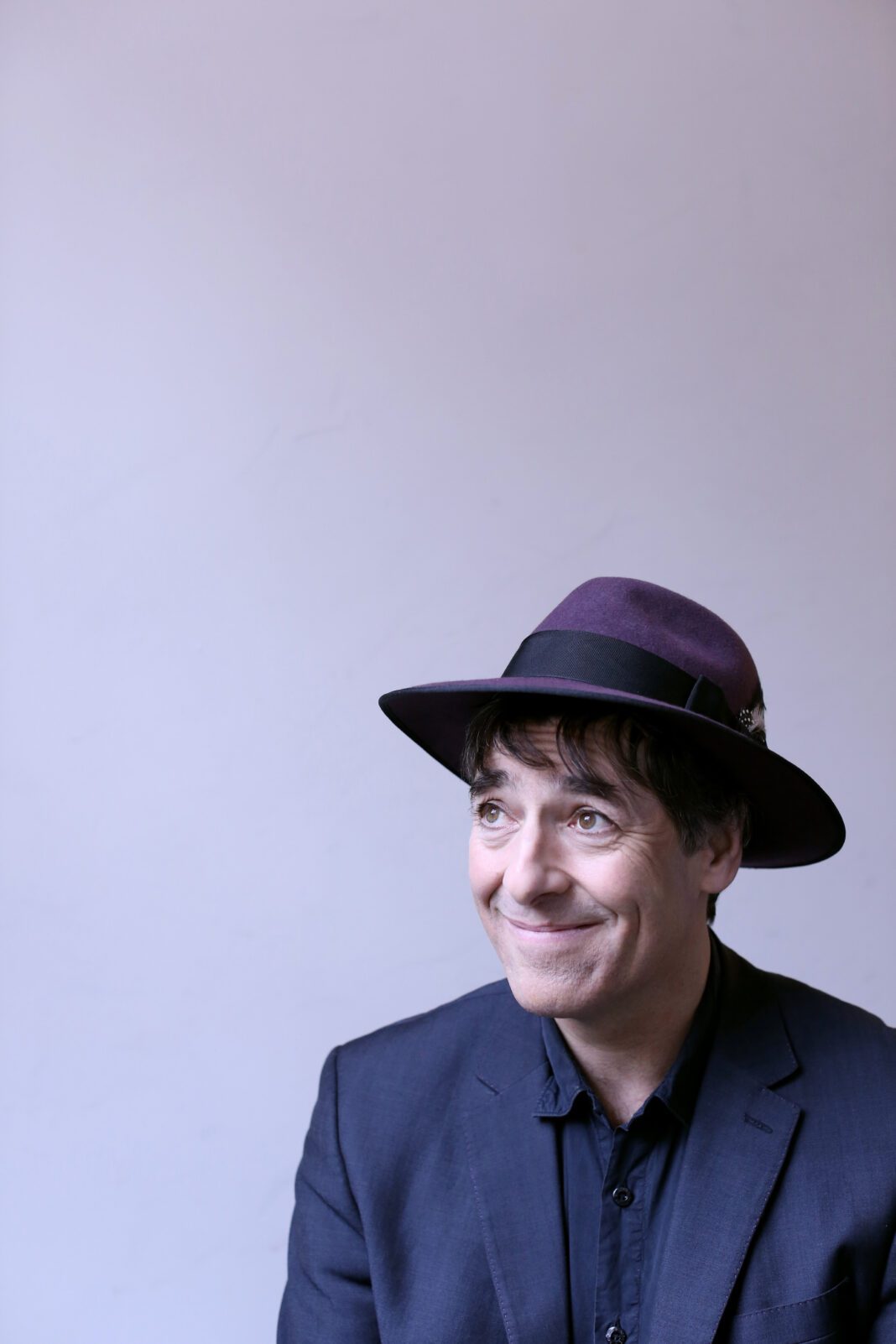 Mark Steel is back on tour with EVERY LITTLE THING’S GONNA BE ALRIGHT.
The tour will stop off at Brighton Open Air Theatre, as part of the Funny That! Comedy Festival, on Wednesday, 13th July, and take in venues up and down the country.

Not long ago, it seemed highly unlikely the UK would vote to leave the EU. We had a reasonable opposition to the Tory Government, Donald Trump was a buffoon who surely wasn’t going to beat Hilary Clinton, and Mark was living the married suburban ideal. Since then, it’s all gone to absolute shit!  But don’t worry, as Mark thinks Every Little Thing’s Gonna Be Alright.

Mark’s sell-out show Who Do I Think I Am revealed that his natural father was a world backgammon champion. Now the star of Radio 4’s Mark Steel’s in Town, and newspaper columnist of the year, is back on the road with a new show that is guaranteed to make the world seem even more mental than it really is.

Mark has written and presented many series of Mark Steel’s In Town on BBC Radio 4 and toured it live around the UK. He has presented the BAFTA-nominated Mark Steel Lectures for BBC2, and is a regular on BBC One’s Have I Got News For You and Radio 4’s The News Quiz.  Mark has also appeared on BBC2’s QI and Room 101. He has written several acclaimed books, including Reasons To Be Cheerful and What’s Going On, and wrote a weekly column for The Independent – for which he won Columnist of the Year at the Press Awards in 2015.  He now pens a weekly column for the Sunday Mirror.

Mark regularly films his columns for The Independent, and they’re proving very popular indeed. You can find them here: http://www.independent.co.uk/author/mark-steel

And to add to his tally of successful books, Mark has recently published Who Do I Think I Am?, which is available on Audible (www.amazon.co.uk/Audible-Who-Do-Think-Am/dp/B09N9Q83KV) and described below:

WHO DO I THINK I AM?
Mark Steel’s hilarious and heartbreaking exploration of his own adoption

Growing up in humdrum Swanley in Kent with loving parents, Mark Steel had never been bothered about being an adopted child.  But in later life, established as a successful comedian and writer, he decided to search for his biological parents.

What he uncovered was a story so strange, a cast of characters so eccentric and far-fetched that he was transported to social and cultural divides that spanned half the world. His mother had at first refused to have Mark adopted, while his father later went on to become a key player in Mayfair’s Clermont gambling club and reached the pinnacle of high society. What happened when Mark finally contacted both his parents is as moving as it was entirely unexpected.

As well as his own story, told in his uniquely endearing and hilarious voice, Mark delves into the more serious aspects of adoption, single motherhood and the brutality of the social attitudes of the time.  He surveys the testimony of mothers and those adopted, and tries to find reasons for his own mother’s crucial and agonising decision.  Who Do I Think I Am? is one of the funniest, most heartbreaking stories you’ll ever encounter.