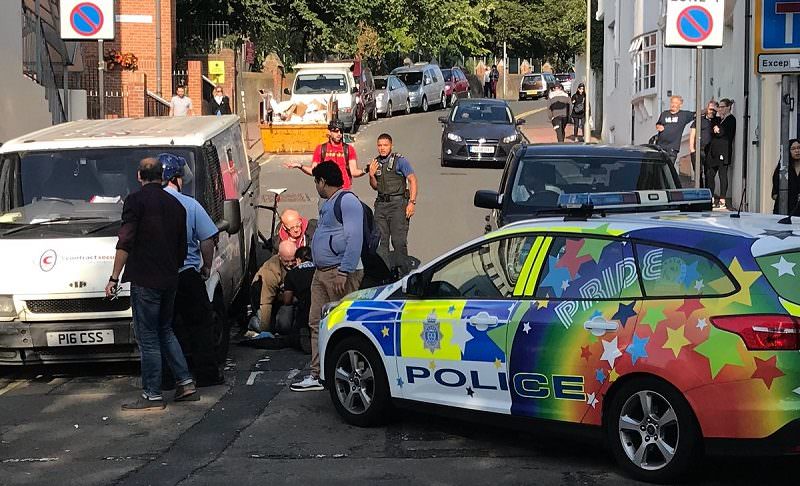 Sussex Police yesterday arrested a man who threatened officers with a knife in Brighton city centre and now police are appealing for witnesses to contact them.

Police were on patrol around 8.40am yesterday (6th September) when they saw a man acting suspiciously in Queens Road, Brighton.

When officers approached the suspect he pulled out a knife and threatened them with it. They were able to disarm the suspect and seize the weapon without anyone being hurt.

An 18-year-old man was arrested on suspicion of possession of an offensive weapon, attempted grievous bodily harm with intent, money laundering and possession of a controlled class A drug. He remains in custody and the investigation is ongoing.

Detective Sergeant Helen Paine from Sussex Police said: “The officers in this situation were lucky not to be injured and were able to safely arrest him before he harmed anyone.

“We understand there were lots of members of the public who witnessed this incident and could have captured pictures or videos.

“We are urging anyone with footage to report it to us immediately to aid our investigation.”

In appealing for information regarding this incident, Sussex Police stated: “To report information please go online or call 101 quoting reference 297 of 06/09.”