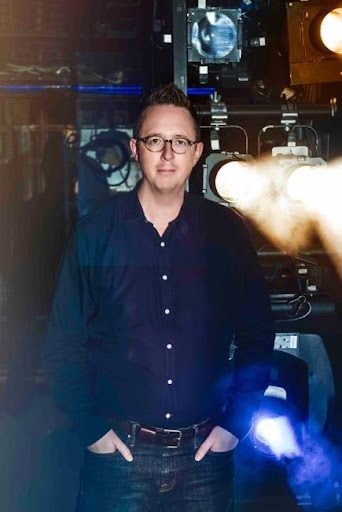 Born and raised in Sussex, Michael is an independent, four-time Olivier  Award-winning producer in the UK and Tony® Award nominated on Broadway. Across his almost 40-year international career, he has worked variously in production, advertising and ticketing and is renowned as one of the industry’s most innovative and pioneering marketing practitioners. He is Executive Producer of Wicked, which is now the ninth longest running musical in West End theatre history.

Born in Brighton, East Sussex, he was initially raised in Ashurst, West Sussex, before returning to Brighton, aged 10. He was educated variously at Kingscliff House School, Shoreham College and BHASVIC and also simultaneously attended the Brighton School of Music & Drama. He subsequently studied Drama & Theatre Arts and Stage Design at Lewis Technical College (now Sussex Downs College). Having lived in both London and New York, he returned to live full-time in Brighton & Hove in 2019.

From 1998-2004, Michael served as the original Marketing Director, and subsequently also as Associate Producer (Worldwide), of Benny Andersson and Björn Ulvaeus’ Mamma Mia! for the 1999 London premiere production at the Prince Edward Theatre and for subsequent productions in Toronto, Melbourne, Sydney, Tokyo, Seoul, Hamburg, Utrecht, at Mandalay Bay in Las Vegas, on two North American Tours (including the U.S. premiere in San Francisco) and at the Winter Garden Theatre on Broadway. Working directly with the show’s creator and global producer, Judy Craymer, Michael also worked on the launch of the International Tour and productions in Stockholm and Madrid.

Since 2006, Michael has served as Executive Producer (UK) of Stephen Schwartz and Winnie Holzman’s smash hit musical Wicked (Olivier ‘Audience Award’, 2010 & 2015) at London’s Apollo Victoria Theatre as well as on two record-breaking tours of the UK & Ireland and on an International Tour (including the musical’s premiere in China). He also served as a consultant on productions in Germany and The Netherlands. “One of the most successful musicals of all time” (BBC News), Wicked has already been seen by more than 10 million people in London alone.

He went on to found Michael McCabe Associates, the West End’s first company dedicated solely to the marketing of commercial theatre productions. He continued as Managing Director for over a decade during which time he also spent two years living and working in New York.