Home Culture ‘My dog is my home’ – the need for pet-friendly accommodation for... 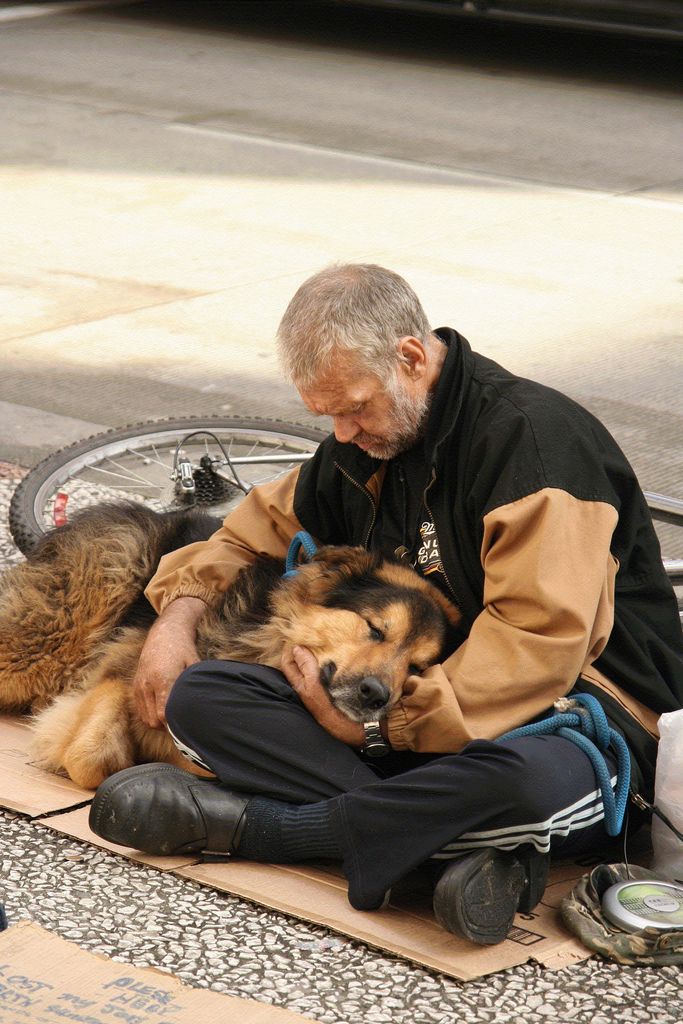 Homeless people are being forced to sleep rough to avoid giving up their pets, our recent study found.

We conducted an online survey of homelessness accommodation providers in the UK to find out if they accepted pets on their premises. Although 77% of the 117 providers who took part are asked to house pets, only 37% allow animals inside.

Those that accept pets told us it was for both the welfare of the animals and for the owners. Some providers said that other residents and staff enjoyed interacting with pets, suggesting extended benefits to having a pet-friendly policy.

Accommodation providers that refuse pets did so for a variety of reasons, but health and safety was the most often cited reason. All pet owners know there is an increased risk of mess, particularly when an animal is young or getting used to a new environment.

However, the pet-friendly services were able to manage these risks with contracts and policies, such as it being the owner’s responsibility to care for, exercise and clean up after the pet. Use of similar policies could allow other providers to successfully accommodate pets.

Pet ownership raises all sorts of ethical questions, for owners, for the veterinary profession and for society. You could argue that if someone is unable to provide a home for themselves, they shouldn’t be allowed to have a pet. But this ignores the fact that owners may have had their pet before becoming homeless.

Homeless people with pets have been shown to have lower levels of depression and loneliness compared with those without, and pets are often described as “family” in interviews.

Following over a decade of austerity and the challenges of COVID-19 and Brexit, further restrictions on public services are likely. But preventing a single person from one year of homelessness is estimated to save over £9,000 in public expenditure. Early intervention in people either newly homeless or at risk of homelessness is therefore likely to be extraordinarily cost effective.

As well as the financial cost, the human cost of homelessness is clear. The mean age at death for homeless people is 45 for men and 43 for women, compared with 76 and 81 years for men and women in the general population. Thinking about pets in this wider crisis may seem frivolous, but evidence strongly suggests that pets are a social linchpin for some of the most excluded members of our society.

Many respondents, both in our work and others, report that they would rather sleep rough than give up their pet. Yet if pet owners refuse to relinquish their pets, local authorities categorise them as “intentionally homelessness”, thereby abrogating their responsibility to house them. So it’s important to encourage more accommodation providers to allow pets.

Homelessness is probably going to increase

Lockdown has ended and the UK is now braced for the economic impact of the pandemic. Housing systems are under increasing strain and without government intervention, homelessness is likely to rise. The government’s recent “Everyone In” initiative in response to COVID-19 has moved around 15,000 homeless people from the streets into hotels and other safe spaces, often with dramatic results.

Despite efforts by organisations such as the Big Issue to retain momentum in continuing to provide housing for homeless people and avoiding further homelessness, significant challenges remain, including access to mental health resources and employment opportunities. As businesses collapse and redundancies increase, and as the temporary ban on evictions is set to lift, numbers of homeless people may increase.

A safe place to sleep is a fundamental need that should be available to everyone. Likewise, companionship is a basic requirement. (During lockdown, many of us have experienced the stress of being forcibly separated from our families and social support network.) Our work shows that, when people are already vulnerable and socially excluded, keeping them together with their family should be a priority, even if their family members have fur and a tail.