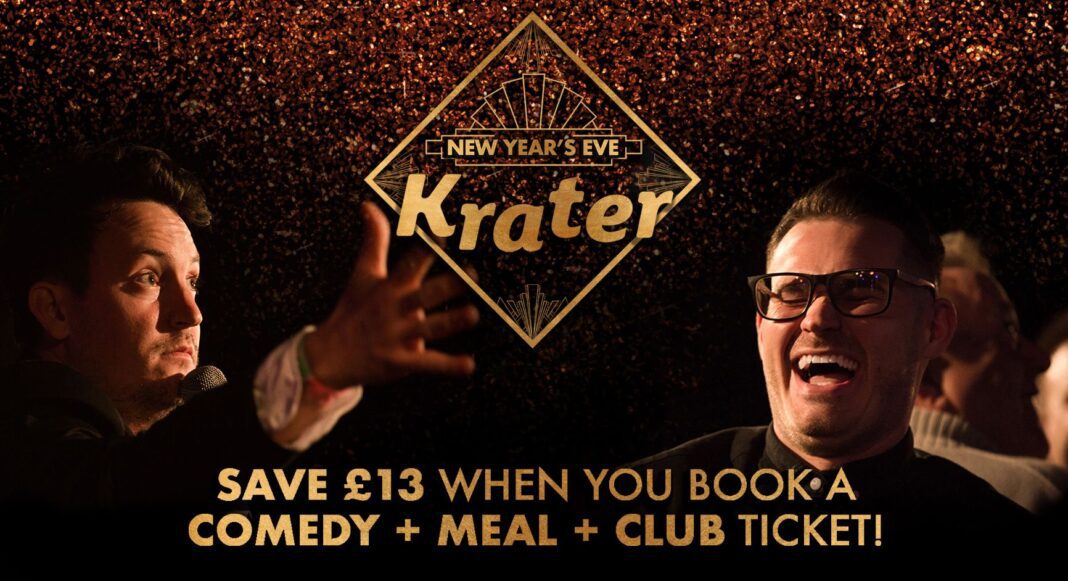 After a year apart, why not come together at one of Komedia’s New Year’s Eve events? From an 80’s throwback night to a kid’s day time hip-hop club and lots in between, there’s sure to be something for everyone to ring in 2022!

Fancy celebrating with the whole family? Head along to ‘Kidz with Attitude’, the daytime club for kids and guardians running from 1pm, with DJ’s playing hip hop, funk and soul. Expect to hear the finest (non-explicit) tunes plus there’ll be dance-offs, a fully stocked bar, vinyl giveaways, soft play and face painting as well as a special New Year’s Eve “Midnight” countdown.

Get yourself a glass or two of bubbly and enjoy the best comedians on the circuit at the Krater New Year’s Eve Special featuring award-winning MC Stephen Grant, Comedian’s Choice 2019 Winner Laura Lexx, Andrew Ryan and one more act TBC. Named as ‘THE place in Brighton to catch stand-up comedy’ by The Independent.

Start 2022 in the 1970s at Boogie Wonderland. Expect to hear nothing but good rhythms from the decade, sure to get your body moving on the dance floor. Playing the likes of Bee Gees, Fleetwood Mac, Abba, Donna Summer, Earth, Wind & Fire, Stevie Wonder, T. Rex, Kate Bush and much more.

Finally, if you fancy starting your New Year celebrations a day early, head along to Comic Boom on Thu 30th Dec and enjoy a night of dazzling, rising comedy stars MC’d by Mark Simmons and headlined by Angela Barnes (as seen on BBC Two’s Mock the Week, Live at The Apollo and Hypothetical).