Home Politics Over 850,000 Young People Register to Vote in Fortnight 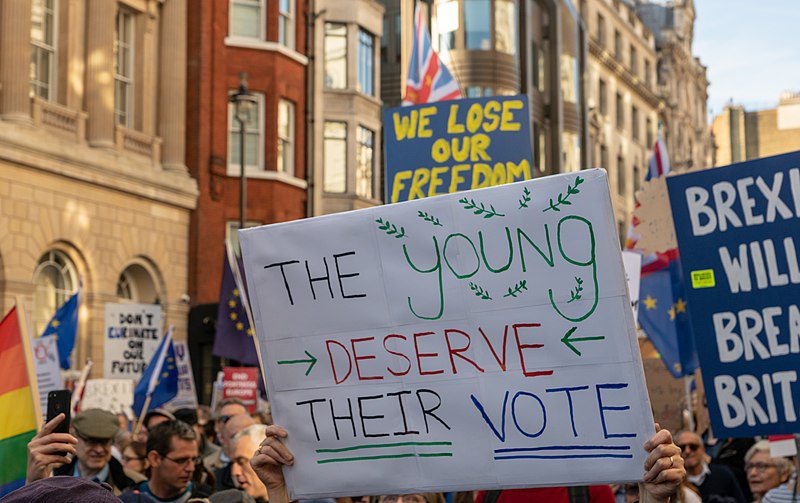 More than 1.5 million people have registered to vote since the general election was called 18 days ago, according to the latest government data. Over 850,000 of these people are individuals under the age of 25.

With 8 days still remaining until registration closes, record numbers of young people have registered to vote.

According to an analysis by Labour, the number of applications are up considerably compared to the same two-week period of the 2017 snap general election, when 700,000 people did so.

Nearly two-thirds (65%) of applications were from people aged 34 and under, while just 4 per cent came from those aged 65 and over.

These high numbers of young voters are thought to be in retaliation to the Prime Minister’s supposed ‘date fix’, which aims to discourage young voters.

The Prime Minister has been accused of hosting the general election the day before most Universities break up for Christmas to make it harder for students to vote.

Boris Johnson picked the 12th December for the general election because the majority of unis break up on the 13th so students won’t be at home to vote. It takes 10 mins to register to do it via post and the deadline is the 26th November so spread the word🤪 #GeneralElection2019 pic.twitter.com/U3GIe1HUYH

Students and young people across the country have responded in full force, by applying in droves and raising awareness of the postal vote system.

The deadline to register to vote in the General Election is 11:59pm on 26 November.

To register to vote and for more information please visit the government website.