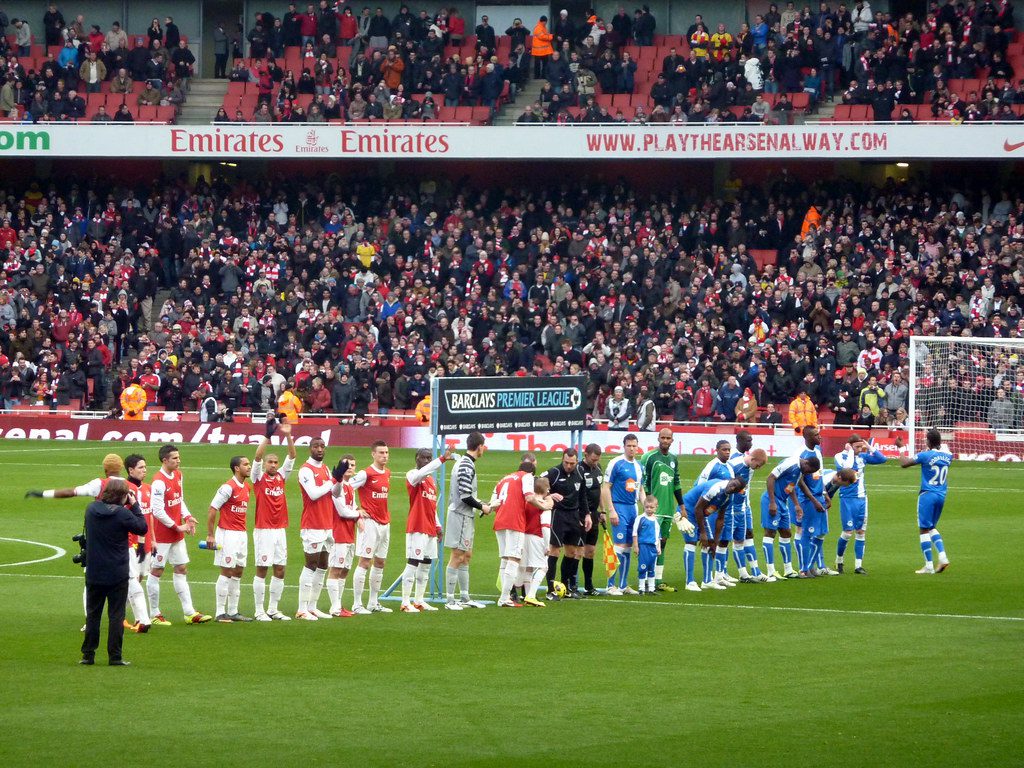 We pondered whether topflight English football would ever return but that is no longer the case. An unprecedented halt in proceedings will finally come to an end on June 17th. There has been no Premier League football for three months, the last game was Leicester City’s 4-0 win over Aston Villa on the 9th March. Coincidentally the return of the Premier League will also involve Aston Villa when they take on Sheffield United, two hours before Manchester City’s game against Arsenal. Written By Sehaj Dhillon

Germany set a precedent for other European countries looking to bring back football. From the rounds of testing to enforcing social distancing amongst bench players. The way they handled business encouraged Spain and England to bring back their topflight leagues. It seems the Bundesliga has also innovatively solved the problem of no fans.

If you’ve been staying in tune with the return of German football you will have noticed a slight change to the latest games. While it’s been seen in South Korea’s K League, RB Leipzig vs Mainz was the first European game to include simulated crowd noise, which has fixed the issue of no atmosphere. The added noise cannot be heard from players it’s only artificially added to the broadcast. It definitely makes for a more natural viewing and they’ve cleverly made sure to use lower volume chants if the away team score. It’s been reported  that when the Premier League returns, the same option will be available to Sky Sports and BT Sport customers. The viewers will have the choice to switch it off if they prefer it that way.

Changes to The Premier League

Artificial noise isn’t the only thing English football fan will have to get used to. Since the pandemic took several months away from the season, the return of games will have to be played in a condensed time period. It’s a big ask for them to come back immediately into football after three months out. Normally in the summer the players ease their return into competitive football with preseason but that isn’t the case this time round. Clubs have only been able to organise a one or two friendlies to monitor fitness. Therefore, for the players fitness clubs have agreed to allow five substitutions rather than the normal three per game. This should reduce the strain on players returning to topflight football after a long time away.

Other changes revolve around the Covid-19 crisis. These include the removal of ball boys and enforced sanitary rules. Instead of putting ball boys and players at risk, sterilised balls will be placed on cones surrounding the pitch. Players will also have to sanitise their hands before and after entering the field to limit the possible spread. If a stadium only has one tunnel, then players will enter the pitch in a staggered formation where the away team will come out first. We will also see drink breaks midway through games as players will be expected to play throughout summer. While this doesn’t pertain to the game itself, players will feature customised kits when returning. Instead of their name’s players will have ‘Black Lives Matter’ on the back of their shirts for the first 12 matches whilst also wearing a badge thanking NHS staff for their brave and relentless work during lockdown. The Premier League will also support players who wish to take a knee before matches.

There’s no question who will be champion it is just a matter of when. With the title seemingly wrapped up the focus turns on the race for top four and the relegation battle. As it stands Leicester City sit strongly in third with a five-point gap from them and fourth placed Chelsea. The clubs outside the top four aren’t too far with Manchester United three points away from fourth while Wolves and

Sheffield United are five points adrift. Shockingly it’s Tottenham and Arsenal who take up 8th and 9th spots and are seven and eight points behind their London rival. With nine games left you can expect some changes to the top half of the table. United were in stellar form before the suspension and looked like favourites to clinch the last Champions League spot, but who knows what the lengthy break has done to team moral and match sharpness. Out of these teams, it can be argued Wolves have the easier run while Arsenal and Chelsea face the toughest tests.

As for the relegation battle, the fight to stay in the Premier League is even tighter. Brighton who sit 15th are just two points off safety. While West Ham United, Watford and Bournemouth are level on points; sandwiched between Brighton and 19th placed Aston Villa. Things look despair for Norwich city who sit bottom of the table, four points behind Villa who have a game in hand. None of these sides have an easy run as they still have to face a couple of top six teams but it’s the matches against each other which would decide this battle.