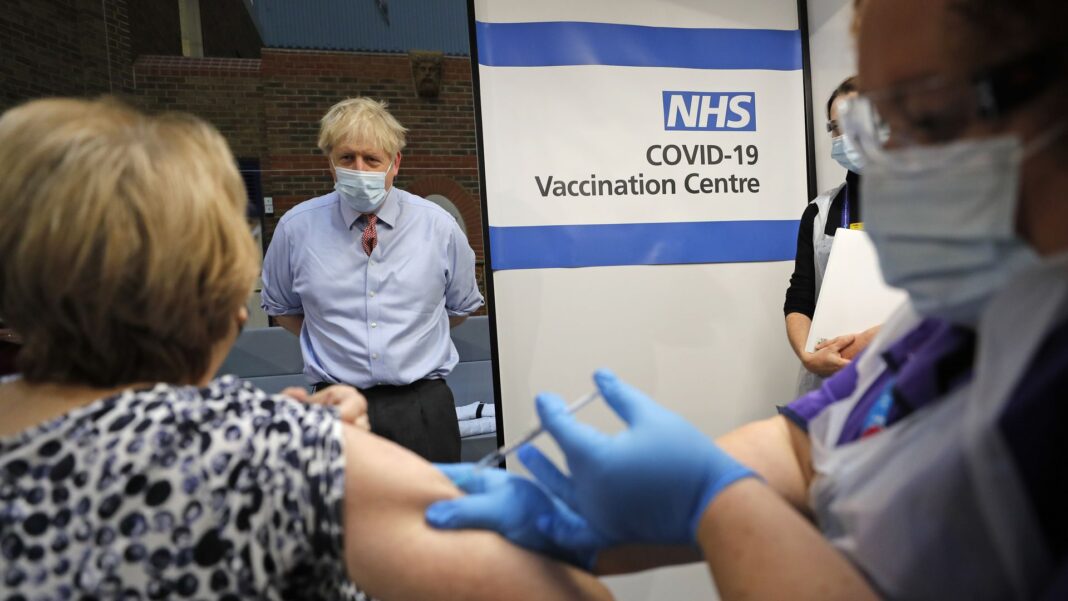 Several political leaders have put out pictures of themselves getting a Covid-19 vaccine hoping to reassure and persuade citizens to follow suit. Could it work? If the goal is to spread the message widely and quickly, the answer is yes.

However, it shouldn’t be surprising that this strategy is causing a stir – particularly in countries where politicians traditionally prefer oral debate over emotion-based communication using the body as a prop.

Why have ritualised, in-person demonstrations by celebrity bodies become such a widespread tool for influence and persuasion?

French sociologist Gabriel Tarde’s foundational works of the 19th century – specifically The Laws of Imitation – established that a public figure’s physical representation can be used to provoke an emotional response and encourage public action dates.

In fact, the practice dates back even longer than this. Representations of Jesus Christ and saints, kings and queens, and even deceased civilians, have all been used at different times to mobilise groups.

Using emotion to provoke action relies on our social need to imitate in order to feel like we are part of the group. Every community identifies with a certain charismatic figure or trusted leader. The choice to take action and follow the leader’s instructions spreads from one person to another due to this need to imitate, which makes people feel like they belong to the community.

This anthropological framework has been used for more than two decades in emotional marketing, which uses communication techniques developed by media according to the sociologist Elihu Katz, who himself drew on Gabriel Tarde’s ideas.

Communications having been turned into an industry, a leader’s emotional power is enhanced by making an event out of their appearance. It’s even easier to provoke emotional projection when an image of a leader has been semiotically designed to trigger reassuring emotions.

Former French president François Mitterrand’s “Quiet Strength” election campaign of 1981 (created by Jacques Séguéla) blazed the trail for using a physical representation in this way. The mechanism was also at work in the recent display of Queen Elizabeth II’s image to boost British morale during the current health crisis. Images of athletes, actors and other celebrities are regularly used like this in communication campaigns to encourage imitation.

Social media exploits the desire to put oneself on display to provoke an emotional response. Performing our private lives online is an act intended to arouse feelings in others.

French President Emmanuel Macron is well versed in such communication. In a highly commented-upon selfie, sent when he tested positive for Covid-19, he placed himself in front of a carefully orchestrated, social media-friendly backdrop (French flag, hand sanitiser on desk). It’s all designed to make viewers sense Macron’s kindness, accessibility, authenticity, vulnerability and compassion.

Indeed, it’s hard to resist the emotions presented on the faces of such personalities. We feel moved despite ourselves.

When a viewer is anxious, worried, or even scared of a situation that is out of their control, this mechanism works even more effectively. If they are not capable of making a decision for themselves, feeling emotionally fragile, they will place their trust more easily in a public figure that they believe in or deem to be authentic. Their judgement is therefore based on the emotions they feel, and this acceptance prevails over spoken arguments.

In a crisis, when collective anxieties are high, using representations of public figures as part of an emotional communication strategy seems to work very well.

Does this mean that modern society has failed? Do science-based arguments no longer convince the public? This is a very controversial hypothesis that might be considered completely unacceptable in the modern era.

Yet the controversy around the publicisation of politicians getting vaccinated shows how relevant it is.

On one side, we have Brazilian President Jair Bolsonaro promoting the vaccine as if he were advertising a product for a major brand. On the other, we have the media seizing on an interview with Pfizer’s CEO in which he states that he won’t be jumping the queue for his company’s vaccine and reporting on it as though it is evidence of him believing the vaccine should not be trusted. This particular example also shows how a leader’s example can work as communication technique but cause mistrust.

So, why don’t tertiary institutions or the school system educate people to understand emotional communication?

As a university professor who has taught for more than 20 years, I cannot help but notice the glaring lack of instruction in this field. Somatic and emotional education is too often lumped in with personal development, and therefore left out of the curriculum.

Yet students are very interested in learning how to identify, dissociate, and name their sensations, impulses, emotions and feelings. They want to know how to analyse the ways in which a communication strategy, via different types of media, targets emotions and provokes instinctive reactions.

Translated from the French by Rosie Marsland for Fast ForWord

Why napping can improve alertness and memory

Threatening in attack and solid in defence: Why Solly March is now one of the first names on the team sheet