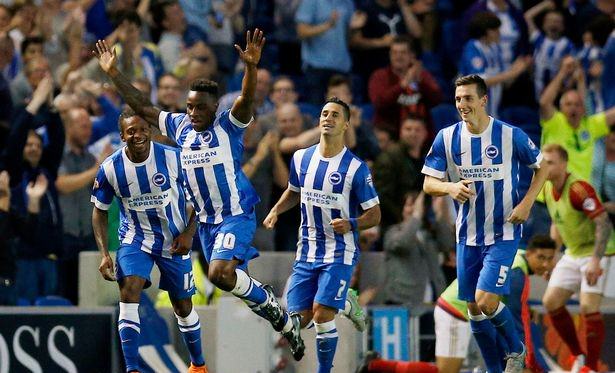 Consistency has always been something lacking from Kazenga Lua Lua’s game, showing flickers of his devastating potential, but too often falling under the radar following numerous returns from injury.

The 25-year-old, who is contracted at Brighton & Hove Albion until 2018, staggered over the finish line last season, making a handful of ineffective appearances in the back end of Albion’s promotion charge, which ended in play-off semi-final defeat.

Lua Lua began the season in fine form, scoring four goals in the opening seven games, but left the field in Albion’s 0-0 draw at Molineux which proved to be his final game before a three month injury lay-off.

On his return Lua Lua struggled to pick up the pace again, failing to add to his early goal tally as January arrivals Anthony Knockaert and Jiri Skalak dominated Chris Hughton’s wing selection.

Luckily for the Congolese winger a fresh start is in sight, as Albion put last season’s narrow disappointment behind them and focus on producing a similar campaign, but with reward this time around.

Lua Lua has another clean slate with fitness on his side, but time is running out on his chances of proving his next-level pedigree, with hot and cold performances halting his progression to England’s top flight, whether that’s with or without the Seagulls.

His attributes include a thunderous shot and powerful acceleration, but their lack of attendance throughout an entire season is frustrating for Hughton, who is well aware of Lua Lua’s capabilities but reluctant to frequently gamble on Albion’s stuttering star.

Over half of Lua Lua’s appearances for Albion have come from the bench which, considering his relationship with the club began in 2010, is quite a revealing stat. Usually, a player prone to being a replacement is either a youngster looking to breakthrough or somebody on his way out, but neither category matches Lua Lua’s status on the south coast.

His journey is still ongoing, why? Because of that game-changing potential that is so clearly there, somewhere, but sadly, only sometimes

This season, however, could be make or break for the livewire winger. The Seagulls will step up their pursuit of Premier League football and Lua Lua must also raise his game to reach the next level. Albion’s patience is wearing thin on the hit-or-miss performer, but one fine season can reignite his promising career.