Home People The Brighton Busker Who Travels All Over The UK In Her Converted...

When walking down New Road the other day, we saw her standing next to the arch that marks the entrance to Fringe City. Playing her violin, Eliza Jaye definitely stands out of the crowd of buskers that fill Brighton’s streets with their guitar tunes and vocals. We stopped to talk to her and soon found out that Eliza is far more than just a busker.

Growing up in Sydney, Australia, Eliza has gotten into music very early. Following in her sister’s footsteps, she started to learn how to play the violin from the age of five, a learning process she describes as “awkward” until, after almost ten years, she thought it “kinda sounded alright”.

Then came the teenage years and that was when Eliza discovered that she could sing as well and decided to start writing songs which has turned into her great passion. And of course, as a songwriter, there is no way around learning how to play the guitar as well.

After these early musical beginnings in her life, Eliza totally devoted her life to music. When we ask her why she has decided to become a musician, she smiles and says:

“Music feeds my soul and I can’t think of anything more meaningful to commit my time to. It is not, however, the choice for an easy life in many ways.”

Having made her choice to become a musician, Eliza came over to Brighton in 2000, attracted by its vibrant music scene which, she says, was quite different back then.

These early days, Eliza remembers them quite well and has never regretted coming here: “I enjoyed a lot of clubbing and craziness with a new found family of international misfits. I am still great friends with them and Brighton has become my second home. It has a wonderful openness to it. It attracts artists, makers, and thinkers from around the world who all contribute to its vibrancy. It feels to me like a sanctuary by the sea…” 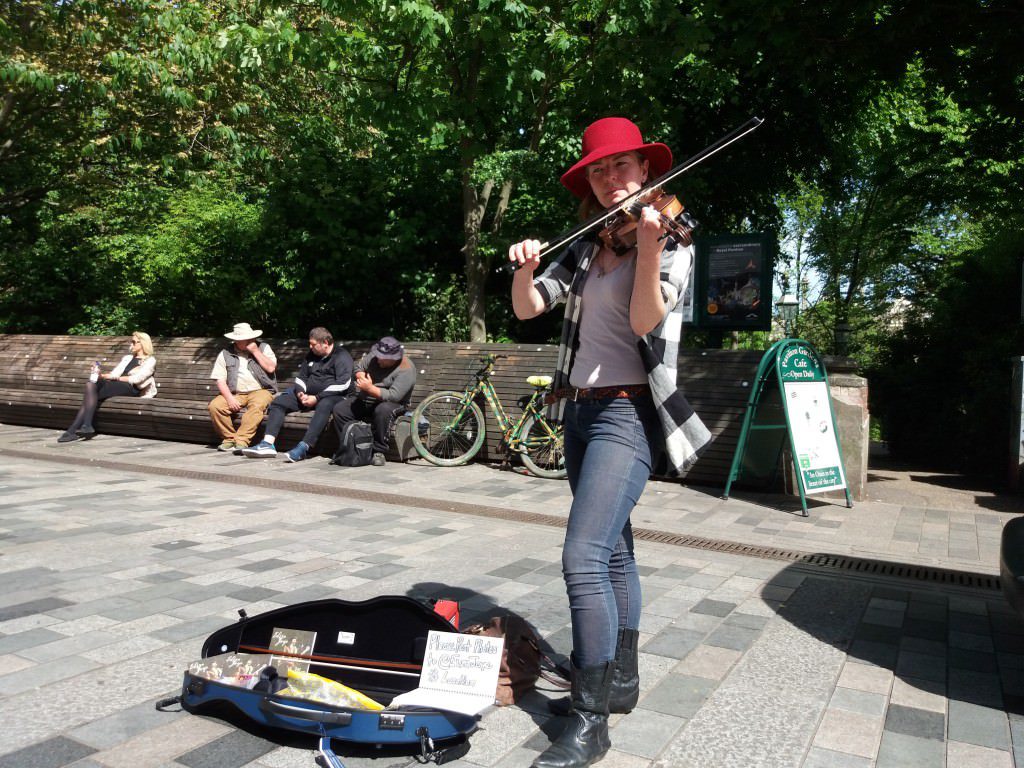 Although the converted van she lives in is based in Brighton, Eliza isn’t here all the time. Taking on work as an artist and musician all over the UK, Europe, and even Australia, she travels a lot to take her music on tour.

In between all this traveling, Eliza often takes her violin to the street, enjoying the contact with people.

“Busking is great for meeting people and testing out new material without the pressure of a gig. It feels great to earn a bit of money doing something that adds a bit of colour to people’s lives. I like to play unplugged on the street. It makes me feel like an Edith Piaf type minstrel”, she tells us with a little laugh.

In fact, busking has a long tradition in her life and it was the busking that has lead to what she describes as the best experience in her life as a musician:

“My sister and I started busking when I was seven years old at Circular Quay in Sydney. We quickly saved enough money for an airfare to attend Dr. Suzuki’s violin summer school in Matsumoto Japan. It was such an amazing experience to have met Dr. Suzuki, explore Japan and make our own money. I remember I cried when we got home as I didn’t want it to end. Perhaps my travels are now a continuation of the longing that trip created in me.” 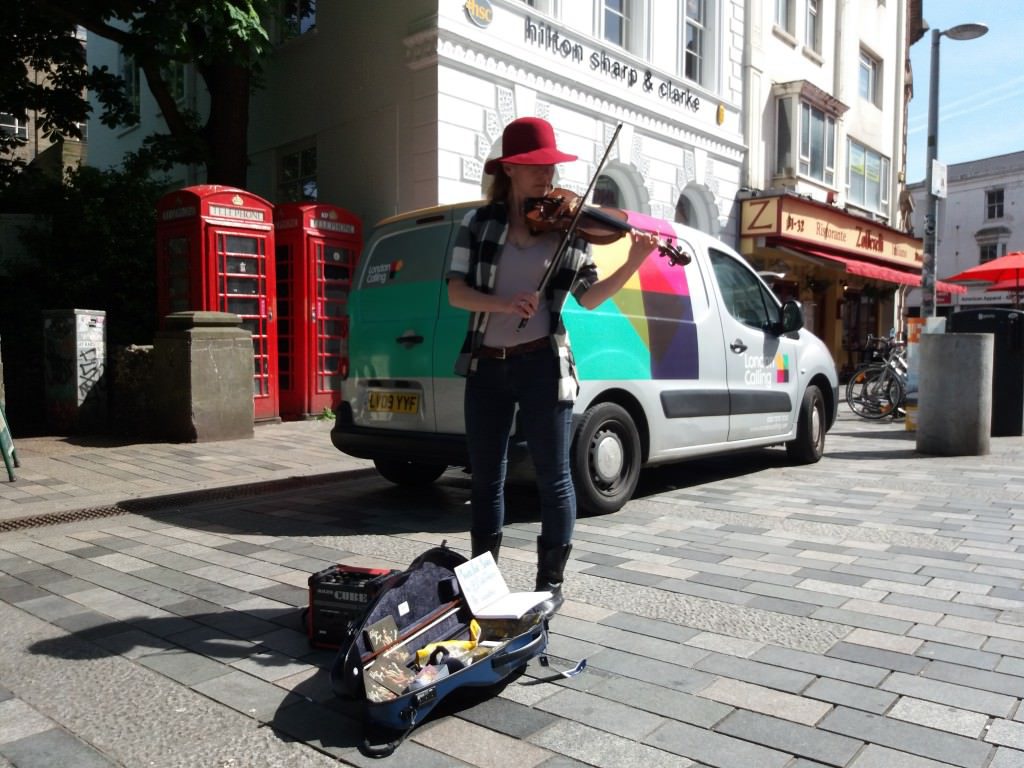 It is also when busking that she experiences what she likes most about being a musician:

“Whilst I’m busking, children come and stare or do some interpretive dance. I often laugh and think to myself that the parents should be careful lest these little creatures end up with the bug”, she tells us.

Other than entertaining other people with her songs, Eliza also enjoys listening to music and is especially looking forward to one gig:

Busking in Brighton’s streets, touring all over the country… we wonder whether there still is enough time for her songwriting. As it turns out, Eliza has only just finished creating her second album. We are curious and want to know more about her second album.

“It is much like the first one but is a step away from the live band approach to a more produced & crafted approach. I wrote and played all the parts on the album, apart from drums, bass, and harp. I think it is unique in that it has many different styles within it but my voice is the common thread throughout”, she explains.

With this second album in her pocket, Eliza has got big plans for the future:

“Three tracks from the new album were published by BMG last year. I am now looking to get further tracks published and release the album commercially. Any artist managers should get in touch.”

If you want to find out more about Eliza and her music, you can visit her website and join the mailing list to receive updates on her recordings and her travel adventures. You can also listen to her music here.