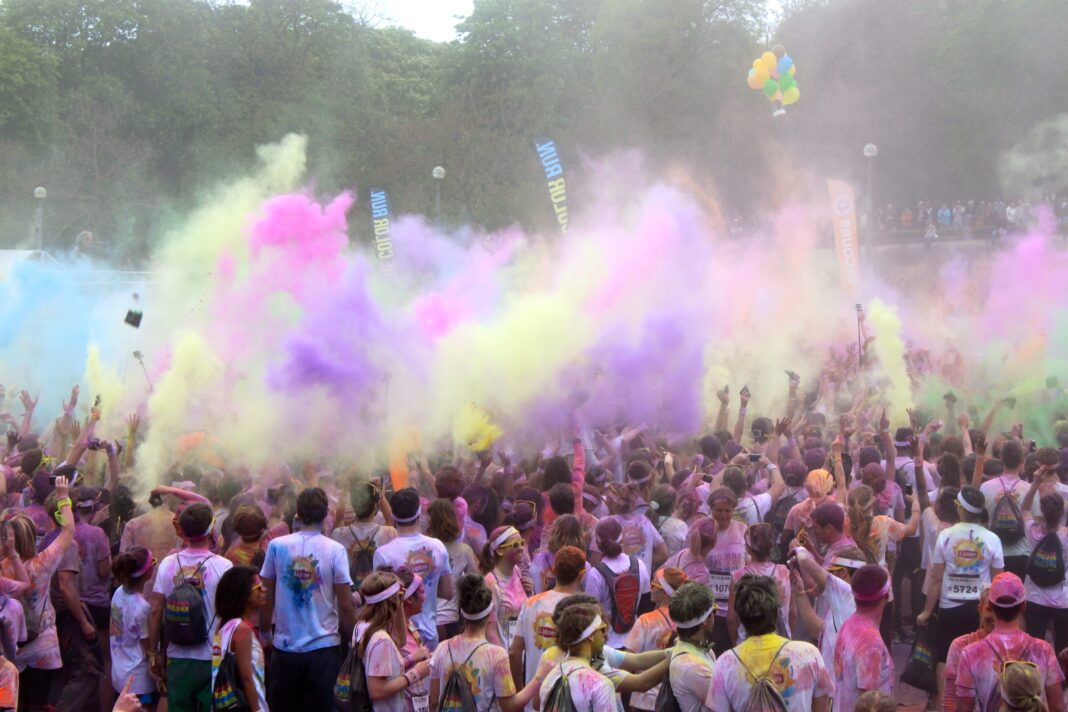 The world famous colour run finishes its 2015 tour in Brighton this weekend. Also known as the happiest 5K on the Planet, the colour run douses every runner with a different colour at each kilometre. The race is un-timed, and as you can imagine it is extremely messy but is great fun. The Colour Run is all about embracing happiness, health, individuality and community and with over two million pe 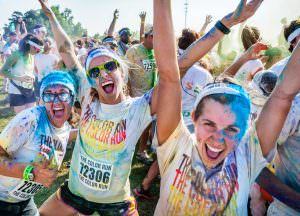 ople taking part last year, this year there are sure to be so many more. The Colour Run has traveled the United Kingdom starting in London, and even stopping to do a Colour Run at night which involved glow-in-the-dark t shirts. There could not be a better place than to end their Colour Run Tour than in Brighton, with an after-party that is sure to be just as memorable as the race itself. There are only two rules and they are to wear white, and be covered in colour at the end of it. Not only do they celebrate happiness, individuality and have had ten marriage proposals during the run, but they also raise money for charity and raised more than £140,000 for their partner charity last year. Overall, it’s a great thing to be part of. Whether you’re eight or eighty, whether you can’t even run a mile or can run twenty six, the ‘happiest 5K on the planet’ is for everyone. Unfortunately, the registration for this year has now closed but you can still cheer them on and get doused in colour. There are two runs tomorrow, one in the morning and one in the afternoon. Head to www.thecolourrun.co.uk for more information.