The Cyclist Shuts its Doors for Good Over Southern Strikes

Staff at The Cyclist Refreshment Room in Brighton station say the railway pub has had to close due to the Southern Rail dispute. The management announced the pub’s permanent closure on the business Facebook page yesterday morning. The post read: “We regret to inform you that due to the Southern Rail dispute we have sadly had to close The Cyclist. The ongoing uncertainty has made it impossible to run a successful and thriving enterprise. Thank you all so much for your continued support over the last 2 years – will miss you and our spot in the station!” This post was later edited. 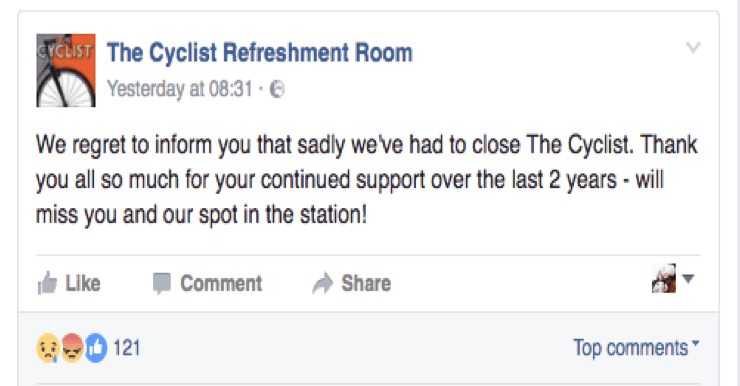 The pub’s livelihood depended largely on commuters. Speaking to The Argus, chef James Wyatt said takings at the pub fell dramatically when the strikes started, with the pub only making a quarter of its usual turnover daily. He said rail replacement buses and repair works on weekends meant the station was no longer busy even on non-strike days.  “There simply aren’t the people in the station for the majority of the time,” said Mr Wyatt, “it has felt like a ghost town.”

The pub, which came to town in 2014, is owned by Greenwell and Tibble, gastropub entrepreneur Rupert Clevely’s business. It aimed to challenge the stereotypical image of the traditionally dingy railway pub, providing a light and airy meeting place. 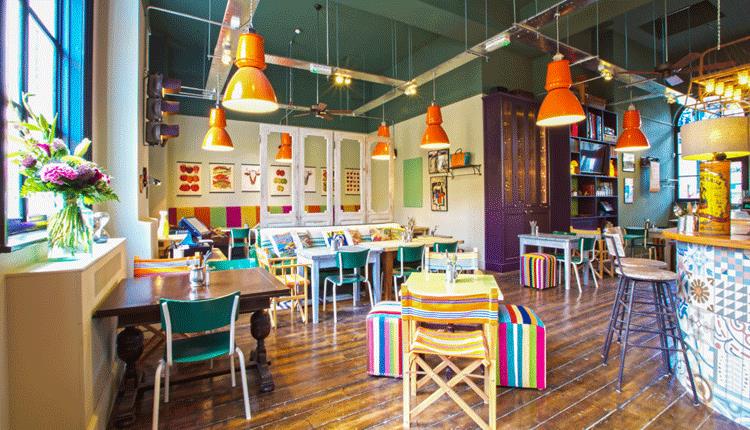 Regular customers expressed their sadness at the news, with one writing: “So sorry, that’s dreadful news for is customers. I am so sorry to hear about what must be a devastatingly sad situation for you. Best of luck for the future. Thanks for offering us such a delightful retreat.”

“I am very sorry to read this,” wrote another, “Southern, RMT and ASLEF have destroyed another great venue.”

A spokesman for Govia Thameslink said: “We were disappointed to hear the news last week that The Cyclist at Brighton has decided to close and we will be sad to see them go.

“The industrial action has been hard on everyone, including station traders. There are ongoing discussions between our agents and the pub owners which are yet to be concluded.”

A spokesperson for RMT said the union wasn’t to blame because disruption and service failures on Southern Rail predated any industrial action by the group.