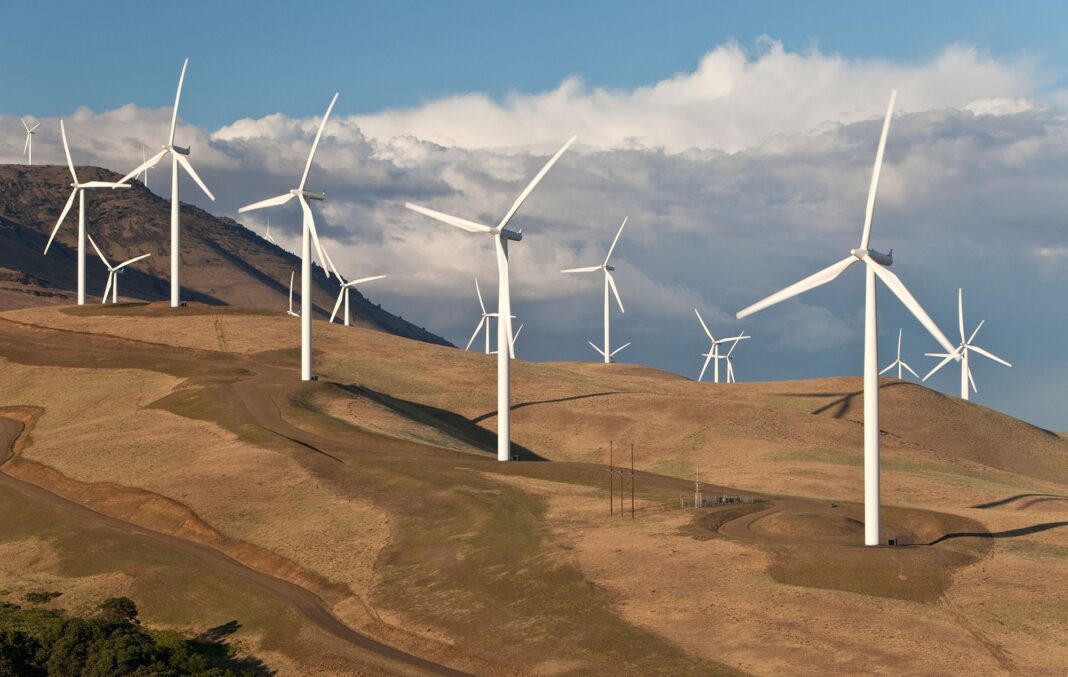 How can countries build renewable energy at the scale and rate needed to prevent dangerous climate change? The plan so far has been to try and make the cost of generating electricity from renewable sources cheap enough to compete with fossil fuels. Governments have offered support to renewable generators in other forms too, by requiring utility companies to build or buy renewable power or guaranteeing attractive prices for that power.

The monetary incentives that governments provide directly to companies which own or invest in renewable energy tend to be grants, low-cost loans or tax breaks. These subsidies cut some of the cost of developing projects like wind or solar farms, and as a result, make the power they produce cheaper.

But in a recent study, I examined the US government’s main monetary incentive for renewables – a decades-old set of federal tax credits – and found it wasn’t working at all how it should be. As President Biden hopes to revive a diluted version of his administration’s Build Back Better Act, which includes tax reform and US$550 billion (£409 billion) in clean energy incentives, my findings shed some light on the pitfalls that climate policy in the world’s biggest historic polluter should aim to avoid.

Investors who fund US renewable power projects can significantly lower the federal taxes they’re obliged to pay. The Production Tax Credit has qualified them for as much as US$0.025 in tax breaks per kWh of power that a project produces, while the Investment Tax Credit has permitted them to claim back as much as 30% of the funds they put into a project. Over the last 15 years, these tax credits have helped grow US renewables into major industries: from 2005 to 2020, national wind and solar power production grew nearly 18-fold.

Nonetheless, there is a fundamental problem with the way US renewable tax credits are designed. Tax breaks are supposed to go to companies that develop renewable energy projects, but these developers rarely owe any taxes when they start building a wind or solar farm because most begin as a new company, with no pre-existing tax bills. If developers want to get any value out of government incentives, they must try to bring on third-party financial partners – typically massive banks like JP Morgan and Bank of America.

Developers effectively sell their tax breaks to these banks in return for the upfront funds that banks invest in a project. This practice is known as tax equity. If wind or solar farm developers cannot attract tax equity partners then they may never be able to use the tax credits they’re nominally entitled to, and so the project may never get built.

Renewable tax credits were never intended as a backdoor subsidy for Wall Street. Yet they now provide major tax shelters for banks; ones that need highly complex partnership forms to be legal at all. The renewable tax equity market was worth as much as US$18 billion in 2020 alone.

How did US renewable energy financing come to adopt this peculiar form, which is not used elsewhere? Attempting to answer this question led me to tax equity’s origins in Reagan-era tax breaks and waves of tax-driven investment, which included the world’s first modern wind boom (and bust) in California. That boom collapsed in the mid-1980s under allegations of wasteful tax sheltering by fly-by-night developers. Wall Street banks revived tax investment in renewables in the 2000s in the form of tax equity.

Since the mid-2000s, developers have relied on tax equity partnerships to make wind and solar farms viable, but they have had very few partners to choose from. Tax equity partnerships are complex and expensive to set up. This means that tax equity systematically diverts a share of intended federal support for renewables to banks, lawyers and other middlemen needed to set up deals. In 2020, the top five tax equity players – again, mostly big Wall Street banks – made up as much as 80% of the market.

The pool of tax equity investors is scarce compared to the number of renewable power projects seeking their capital. Frequently, banks make developers pay them sizeable fees for their participation. They also command outsize power in determining which projects get developed, and by which developers. Because banks profit more from big deals, they prefer the largest private developers and mega-projects. The average renewable tax equity deal is US$150 million, and offshore wind developers may soon require as much as US$800 million per project. Meanwhile, smaller competitors and projects often get no deal at all.

Even with the extra costs developers need to set up tax equity deals, wind and solar farms are still (barely) cheaper to develop with federal subsidies than without. This may not be the case for long, however. Solar and wind farms increasingly beat fossil fuels on the cost of power delivered, and developers can get conventional private loans more and more cheaply.

Meanwhile, tax equity faces other problems. Even the biggest banks only have so many tax dollars to shelter, and fast-growing renewable power increasingly demands more capital than tax equity investors can provide. Major corporate tax cuts, like the one introduced under President Trump, can unexpectedly shrink the entire market. And having to rely on tax equity worsens the pain of economic crises like that caused by COVID-19 for energy developers, as corporate profits and tax bills tumble and eliminate the need for tax equity among banks. This leaves many projects short and allows remaining investors to charge developers even higher fees.

Meanwhile, both of the federal tax credits for renewables in the US are set to fall in value or expire unless they are reapproved by the Biden administration. This has happened frequently in the past, and tax credits have usually been retained. But the growing controversy surrounding tax credits and tax equity is provoking calls for reform. Proponents of the green new deal envisage even bigger changes in how the US government supports renewable energy development, like ushering in a new era of publicly owned power.

The developers, projects and people that US government incentives have traditionally excluded and denied the full benefits of a low-carbon energy transition stand to gain the most from reform. These include communities of colour struggling with fossil fuel pollution and more expensive energy. They also include smaller private developers and community-scale projects, as well as tax-exempt entities like non-profit organisations and public power authorities.

Can government incentives for renewables be wrestled from Wall Street to support more egalitarian visions of decarbonisation instead?

Don’t have time to read about climate change as much as you’d like?

Get a weekly roundup in your inbox instead. Every Wednesday, The Conversation’s environment editor writes Imagine, a short email that goes a little deeper into just one climate issue. Join the 10,000+ readers who’ve subscribed so far.