Home News What Happened June 21st. ? Brighton News Round Up 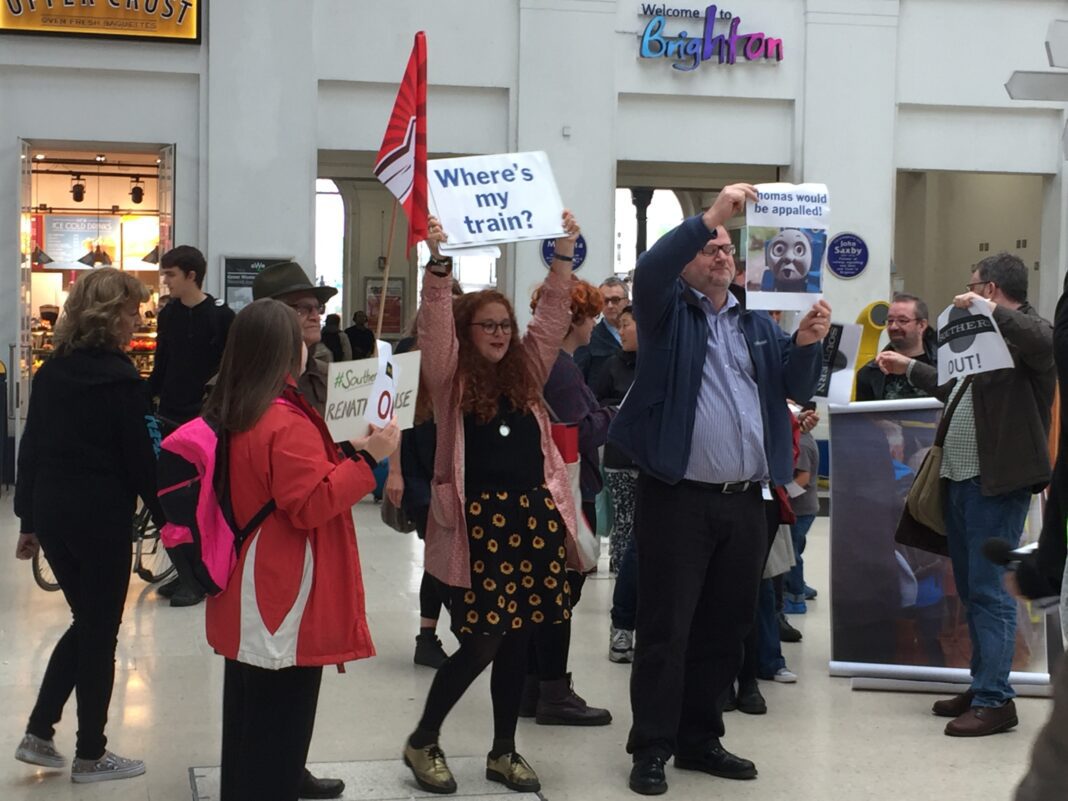 Here is the round up for all the days news across Brighton:

There was strike action again today as Southern Union members protested outside Brighton Station. The ongoing debacle between employees, commuters and officials has been going on for weeks now and shows no signs of slowing down, with more protests scheduled for next week and delays to services over the next few days. This follows on from protests by commuters last night.

Gary Townsend died suddenly this morning. The Albion in the Community Chief Executive, 43, was running whilst on holiday when he collapsed on holiday in partner Hannah. Tributes have been made by a number of football clubs on Twitter in this sad and distressing time. Click here to have a look at some of the important work Gary did.

Eddie Izzard delivered a emphatic speech to a packed crowd at the University of Sussex. Izzard is speaking on behalf of the #remain camp as the country approaches the referendum this Thursday. The Attenbrough Centre at the University campus was packed with many interested parties as Izzard declared that this “is the biggest vote for 100 years”.  The speech was live on Periscope for those who wish to see what he had to say in his final #standupforeurope talk.

The police are searching for a hit and run driver. A hit and run occurred last Thursday (16th June) at around 11:30 a.m on the A27 Arundel Road. A silver people carrier collided with blue Seat Ibiza causing the Seat to spin over onto the other side of the dual carriageway facing oncoming traffic. Any witnesses to the event should contact police on 101 quoting serial 553.

The i360 has sparked more controversy after advertising jobs at minimum wage despite promising to subscribe to the National Living Wage. Unions are calling for a boycott as Labour Councillor Tom Bewick promises to address the situation. The i360 is no stranger to controversy and looks like it will continue to split opinion.

…And finally a YouTube sensation Felix Kjellberg AKA Pewdiepie has been evicted from his Brighton flat. The YouTube sensation has more subscribers to his channel than the population of Canada but unfortunately he can’t keep the noise down so his landlord has asked him to leave.