“Why We’re Giving Half Price Coffee to Southern Rail Passengers”

As rail strikes continue to disrupt the lives of Brighton’s commuters, one coffee shop has found a way to sweeten would-be passengers’ journeys.

On Strike days, The Marwood Coffee Shop is giving free cake to Southern Rail passengers who sit down for a hot drink or half price takeaway coffee for those on the move. Customers simply need to show a valid rail ticket for that day to claim their deal.

We spoke to Richard and Harry (who describe their carrot cake as ‘life-changing’) to find out what inspired them.

“This strike has caused a fair bit of inconvenience and we wanted to put some positivity back.

“Why not share the philosophy that a slice of cake fixes most things.” 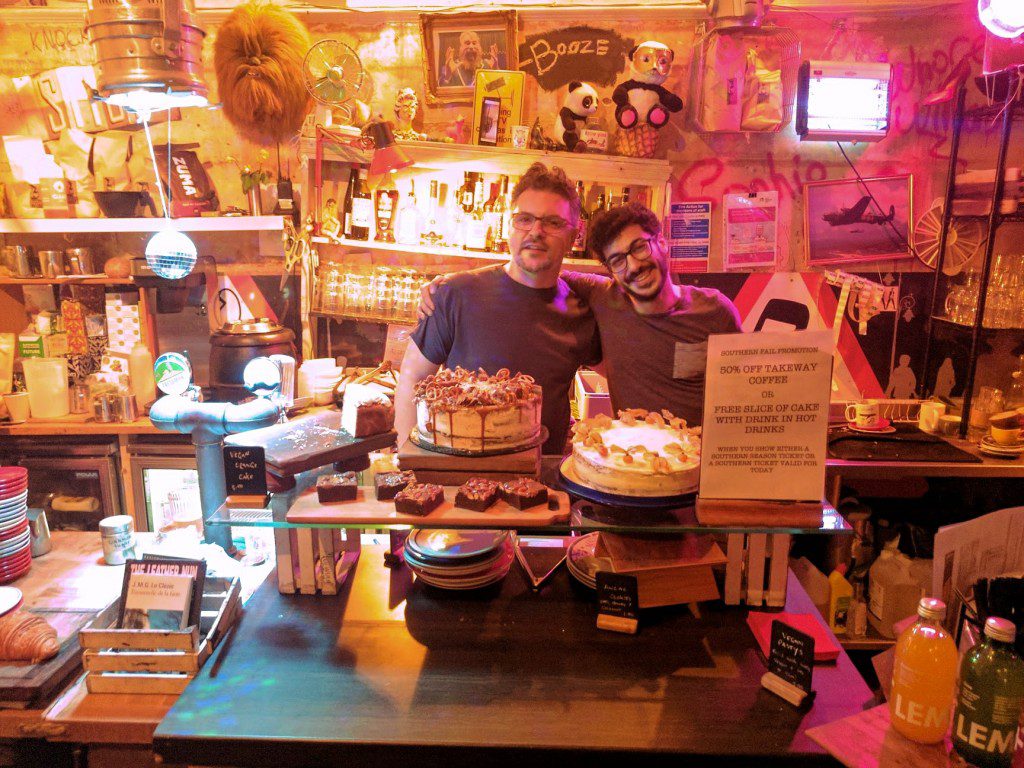 Richard and Harry aren’t keen to get political

“We’re not here to take a stance either way. It’s not about that. It’s about just saying lets all have some cake afterwards.

The promotion will be running today and on any other strike days to come out of the dispute between the unions and train operator.