“You, Me and Those Who Came Before” – Refugee Week 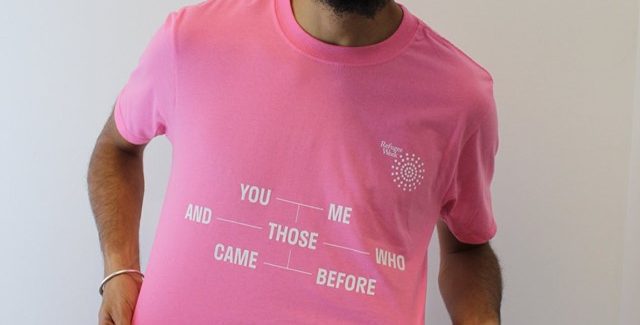 Refugee Week celebrates the contribution of refugees and aims to promote understanding about why people seek sanctuary. The theme this year is  ‘You, me and those who came before’.   Brighton is holding many events across the city to celebrate this theme, ranging from cooking lessons, exhibitions, workshops, and film screenings.

Refugee Week takes place every year across the world in the week, and surrounds World Refugee Day on the 20th of June. In the UK, Refugee Week is a nationwide programme that includes arts, cultural and educational events to celebrate the contribution of refugees to the UK, and encourage a better understanding between communities.

The celebratory week started in 1998, and at the time was a direct reaction to the hostility that was portrayed by the media and seen in wider society towards refugees and asylum seekers. Since then Refugee Week has grown, and is now one of the leading national initiatives for countering the negative climate surrounding refugee communities. The aims of the week are:

Our ultimate aim is to create better understanding between different communities and to encourage successful integration, enabling refugees to live in safety and continue making a valuable contribution.

Through Refugee Week we aim to provide an important opportunity for asylum seekers and refugees to be seen, listened to and valued.

“You, me and those who came before”

The theme of Refugee Week 2019 is “You, me and those who came before”, which is an “invitation to explore the lives of refugees – and those who have welcomed them – throughout the generations”.

The UN report that the world is witnessing the highest levels of displacement on record. An unprecedented 68.5 million people around the world have been forced from home. Among them are nearly 25.4 million refugees, over half of whom are under the age of 18.

You can read more about this year’s theme here.

Brighton Dome and Brighton Museum will be hosting a ‘Together’ Community Day which will be the ‘centrepiece’ of the city’s Refugee Week celebrations this year. People from a range of communities have created a free programme of activities – including art exhibitions, drumming workshops, puppet making, and film screenings – all in the hope of bringing people together. This event will take place at Brighton Dome and Brighton Museum between 11 am and 4 pm on Sunday the 23rd of June. More details about events are available here.

St John the Baptist’s Parish Hall is holding a refugee week lunch with freshly prepared Syrian and Zimbabwean food, on Wednesday the 19th of June between 12.30pm and 2.30 pm. The event is pay as you wish. The event is hosted by Voices In Exile, Brighton Table Tennis Club and The Real Junk Food Project Brighton. Find out more here.

There are also a range of activities and workshops at libraries throughout the city, including a Storytime & Craft activities for under 5’s and the launch of The Library of Sanctuary. There is a list of activities taking place at the Jubilee Library in June, the link is available here.

Brighton & Hove City Council is looking for more private sector landlords to work with them to increase the cities provision of homes for some of the worlds vulnerable refugees. So far the city has only taken on 13 Syrian households as part of the national Vulnerable Person’s Resettlement Scheme.

Councillor Nancy Platts, who is the leader of the council, has said:

“It must be a terrifying experience to be forced to flee your home and end up in a foreign country in need of a new home, a new job and to have to do it all in a new language.

“I’m proud that the people of our city have extended the hand of friendship to refugees and become a City of Sanctuary.

“We have a very active community of organisations who work with us to provide a culture of welcome in Brighton & Hove.

“Brighton Table Tennis Club is one of the many groups that have created an inclusive place in the city. It is the UK’s first Sports Club of Sanctuary and has been highlighted by the UN refugee agency for its work.”