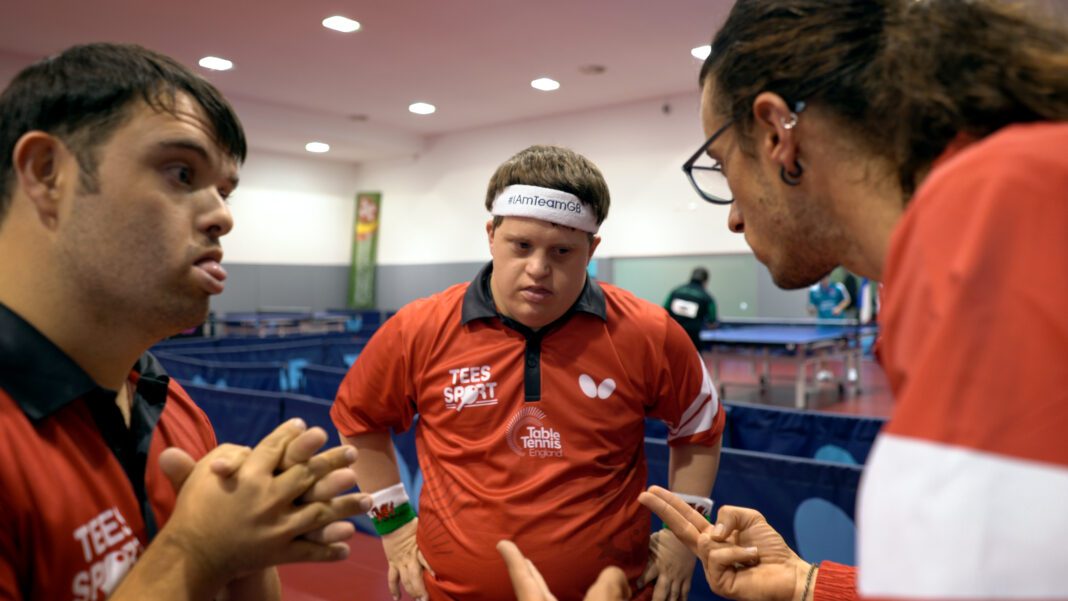 Born and bred Brightonian Caleb Yule is a brave young filmmaker. At just 20 years old, his project Believe That represents an ambitious stride.

His documentary will initially be screened at the Duke of York’s Picturehouse on the 11th of June. This debut screening has sold out, showing the hype the film is generating. Yule has, however, informed me that more dates will be added.

The film follows the journey of a group of disabled athletes from the local Brighton Table Tennis Club. The athletic trio is comprised of Chris O’Flinn, Andrew Tonkin and Harry Fairchild, whose path to the European Down’s Syndrome Championship is charted in the 30-minute short documentary.

Speaking to Caleb, you could tell that this is a film driven by his passion: “I knew when I stumbled onto Team Santos, the three players and coach at the centre of the film, that I had to follow their progress”.

It was also inspired by his immersion and place within the Brighton community: “I always knew there was a story to tell at Brighton Table Tennis Club, that’s why I got involved”.

Caleb jumped into the challenges the films production presented. At the start of his project, the film was “a kaleidoscope of circumstantially connected narratives that I didn’t know how to weave together”.

And, during the creative process, he faced many setbacks and frustrations, “this is the line you walk with any sports film, you’re always erring on the side of defeat”.

As a filmmaker still at the beginnings of their hopefully illustrious career, “this project was a learning curve”.

On the competitions second day, Caleb accumulated over seven hours of footage, and says he “captured mostly frustration rather than triumph”. Although describing that particular day ‘as a crisis’, he seems to have learned much even from the toughest aspects of the project.

Caleb optimistically stated that: “You have to keep shooting though, because eventually the ending will come, even if it’s not what you anticipate”.

His philosophy towards documentary film-making has been irrevocably changed: “in the future I will always remember that I am never really in control. I think you have to accept that no documentary can ever be what you originally envisaged; Believe That is no different”.

However, despite any struggles he faced, this is a story of success. One of Caleb’s major triumphs came in his representation of the athletes. Caleb made a point of not labelling his subjects as disabled athletes: “Each player in the team has Down’s Syndrome but in the end that isn’t important, and in the film that remains implicit”.

This is vital, as Caleb wanted to portray the team as they viewed themselves. The athletes do not define themselves by their disabilities. Caleb, therefore, ensured throughout that “this is a sports film”, staying true to the mentality of the inspiring athletes in the film.

What next for Caleb?

However, he has not yet decided what form a potential follow-up would manifest itself in: “with such a diverse array of people, it’s hard to pinpoint where the focus should be”.

He does also have plans outside of the context of the club. An exciting project about the traveller community seems to be in the pipelines. And it would be a feature film, marking a further stride in this young filmmakers promising career: “I am at the moment trying to get my first feature in place, which I would like to be an honest representation of the traveller community”.

Caleb again wants to break from the stereotypical representations of minority groups: “There are thousands of travellers in the UK who have all chosen a certain way of life, and I think they deserve to have their side of the story told, and also a chance to reveal the stories they tell themselves”.

It’s safe to say that wherever this burgeoning, inspiring directors career goes, his humane form of film-making will make Brighton proud.

Be sure to keep an eye out for future Picturehouse screenings of Believe That.