Home Lifestyle 10 Signs Your Child Might Be Bullied at School 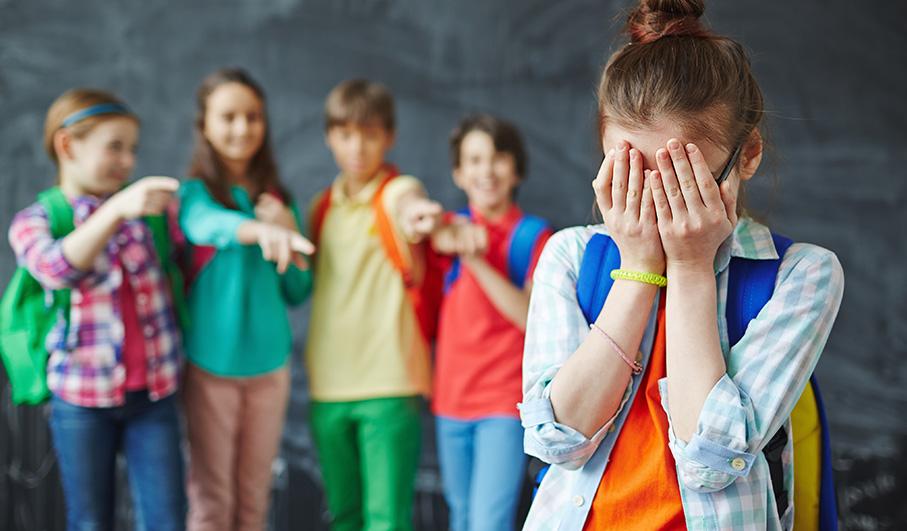 According to UNICEF data, half of the world’s teens experience violence on and off school grounds. Bullying by classmates or older kids turns a child’s life into a living hell. At first glance, if you have a trusting relationship with the kid, it seems that the son or daughter will definitely tell you about the problem. But psychologists say that this is a common misconception.

It’s the other way around. Knowing how much you care for them, the child will pretend everything is fine in order not to bother you. And when the very thought of school causes a terrible headache with tears, everything hidden comes to the surface. The main task for you is to understand what is happening and act on it as early as possible. Therefore, in this article, we have collected signs that your child is being bullied. Forewarned is forearmed, right?

Reluctance To Go To School

This is the most obvious reason. Children who know something bad is bound to happen at school, go there in a truly gloomy mood. On the one hand, they can make up illnesses to miss school, and on the other hand, they can actually get sick because of constant stress. Or, if there’s no way to avoid going to school due to a serious reason, the child can simply ditch it.

And here’s what you can do to support your child: try to reduce their study load. If they think: «Can I pay someone to write my essay?» the answer is go for it! Thanks to experienced authors, student assignments will be completed to the highest standard and right on time. Meanwhile, the learner can have a pause to recharge their batteries and reboot.

A child who is bullied at school refuses to communicate with their friends, both in and out of school. In general, their behavior becomes asocial: they simply try not to leave home. They sit in their room and answer your questions without any detail, basically saying “yes” and “no.”

If a previously talkative and active child is silent and locked in a room, then things may be worse than you’ve imagined. Not all children open up to their parents about their troubles. Maybe they are ashamed to admit they are victims. Maybe they are just afraid of what you might do.

For example, if the child knows that the mother will rush to school, making a scene, they know it will only make their school life worse. The aggressor will just start catching them in secluded places without witnesses.

Not Eating At School

If a child comes home hungry and the first thing they do is run to the bathroom, this is a reason for parents to worry. The school cafeteria and toilets are areas where bullied children don’t feel safe. There are usually few teachers in the canteen, so there’s no control over the situation. As for the toilet rooms, there are no adults at all, so the child prefers not to go to these places as offenders can wait for them there.

Their Things Go Missing Or Damaged

The child’s school supplies disappear, and when asked where they have gone, learners say they have no idea. Or they remain silent. A child may also lose more valuable items such as a phone or laptop. The kid can be afraid to say that bullies have taken away their stuff. As a rule, offenders threaten their victims: «Complaint to adults, and you will regret it.»

A child who is bullied at school doesn’t sleep well at night either – they toss about, cry out and wake up often. During sleep, our brain processes everything that happens during the day, so it is likely that the child will have nightmares about bullying.

Of all the possible consequences of bullying, lower grades are not the worst option. When the whole class is against you, it is impossible to concentrate on lessons and homework, so the child’s performance falls. The better they studied before, the more noticeable it is.

If those who offend a child at school move from words (threats and insults) to deeds, you will see bruises and abrasions. Of course, parents simply cannot help but pay attention to this.

It is the posture that shows the victim of bullying better than any other signs. Its distinctive features are the head pulled into the shoulders, chin lowered to the chest, stooped back, and a frightened look.

Does your child complain about pain? Many parents mistakenly believe that their children are faking in order to skip a test. But even simulators can get sick. If the doctor hasn’t found obvious diseases, the pain may be associated with anxiety. Have you ever experienced intense fear? You can literally feel it in your stomach. And you can only imagine what happens to the kid who goes through this on a daily basis.

Try to organize a small holiday for the child – for example, take them to their favorite coffee shop or mall. Lying at home watching Netflix and eating pizza doesn’t hurt either. In a word, show that you are their friend, that you are always on their side, and accept them for who they are. Believe us, the child who is being bullied misses this very much.

If a child suddenly begins to delete their accounts, the reason may lie in bullying. After all, they can be tortured online. Therefore, the fewer places for bullying the offender has, the safer the child will feel (at least for a while).

Who Becomes The Victim And Aggressor?

As for the aggressors, these are often the children who are victims of home violence and take out their anger on those around them. They can take out their own unresolved problems and complexes on their peers. A lot of bullies have actually been victims themselves, either in their families or in their neighborhoods.

To Wrap It Up

Psychologists note that bullying is a problem for the whole school, including teachers. Of course, it influences not the victims but the aggressors, too. The latter start believing that violence is normal and everything they want can be acquired by force. And such behavior is carried further into their lives.

Bullying also affects witnesses since they are afraid of being in the place of the victim. If the object of bullying is removed from the team, any other can take their place.

You should also remember the real markers of bullying, this is intentionality, repetition, and inequality of power. Parents should certainly report this to the school counselor and the offender’s parents. Tell your child that it’s not their fault that things are like this and make sure they feel understood and supported. Create a safe place for them, and chances are, their psyche will begin to recover.