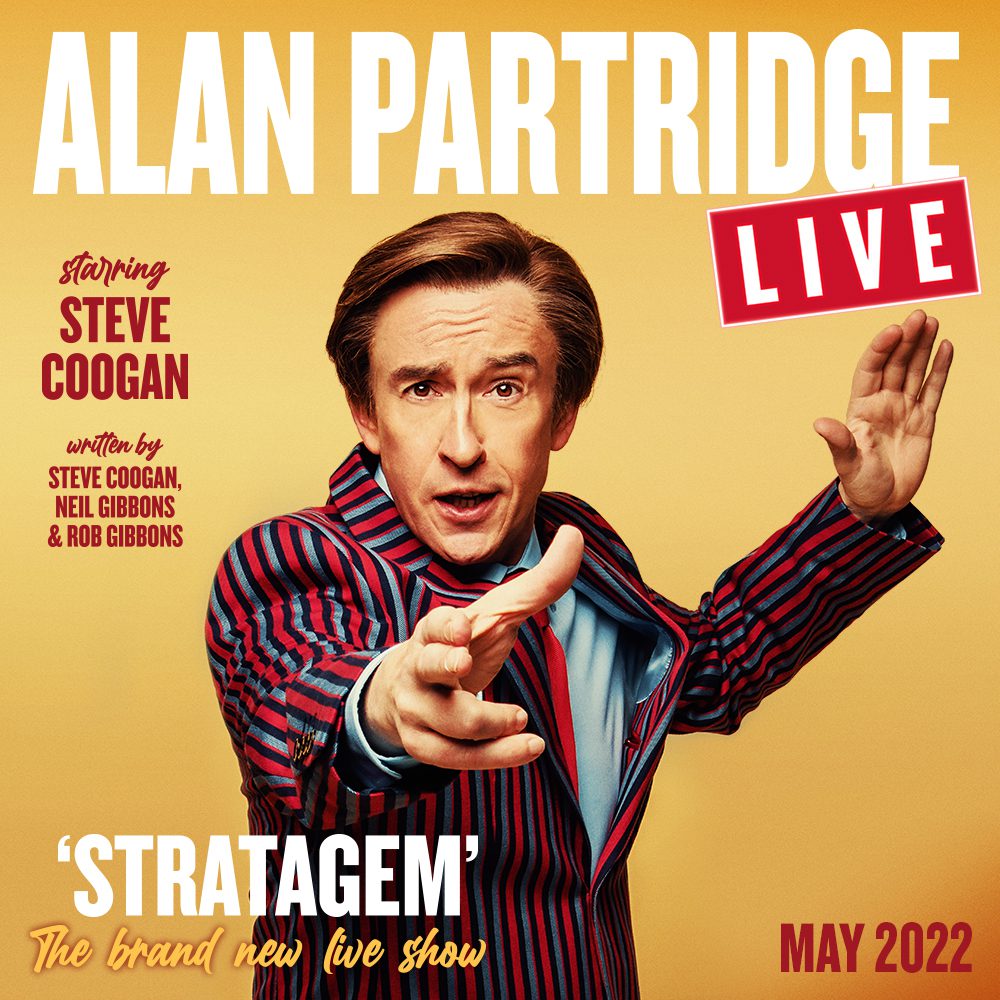 Love him or loathe him, we all love Alan Partridge. And yes he is coming to Brighton , albeit next year. He will be appearing at The Brighton Centre on Sunday 8th and Monday 9th May 2022. Tickets are now on general sale priced from £35.

Over a multi-decade broadcasting career, this wonderful and surprisingly well-read man has brought delight to millions of ordinary people the nation over.

Which is why, with the country riven with discord, beset with disease, and niggled by bickering, Alan is touring the country with a message of hope, a new way of thinking.

Welcome to STRATAGEM WITH ALAN PARTRIDGE, a live stage show that promises to inform, educate and entertain in approximately equal measure.

Wearing a head-mic favoured by TED talkers, market hawkers, TV evangelists, backing singers and carnival barkers, Alan will perform a stage show that combines all of these roles and more. It’s a manifesto for the way we can move forward, a roadmap to a better tomorrow, an ABC for the way to be.

Devised, written, produced, choreographed, performed and funded by Alan Partridge, Stratagem will see Alan – in person but with heavy security – not just treading the boards but pounding them, atop stages graced by such luminaries as Michael Ball, Jack Whitehall and Welsh rockers the Stereophonics.

So join Alan, live on stage, (though patrons are asked not to join Alan live on stage) as he brings STRATAGEM to a city or selected good-sized town near you.

STRATAGEM WITH ALAN PARTRIDGE. Join him.