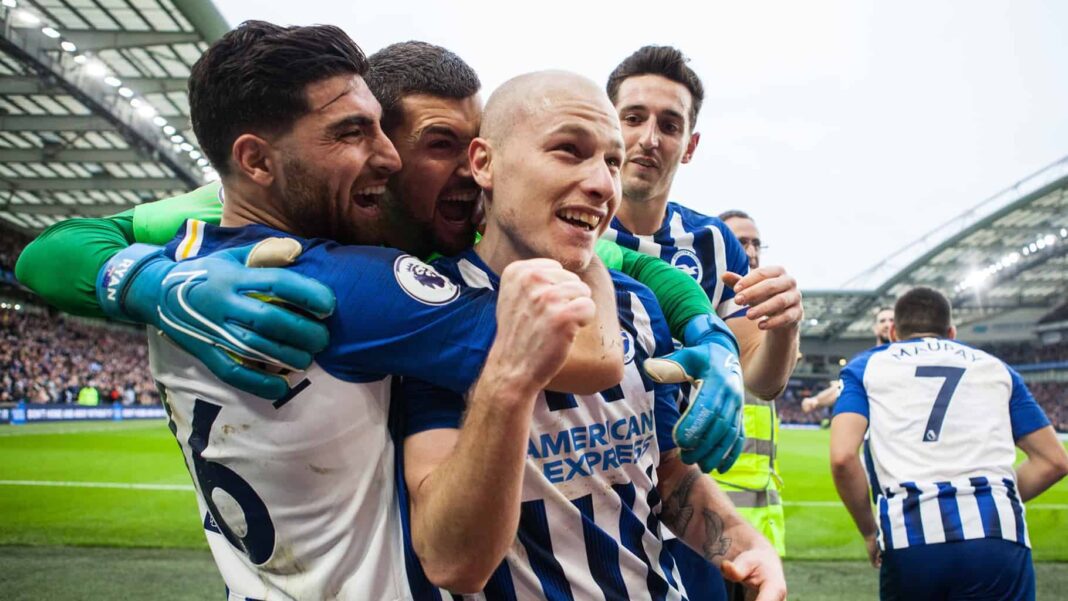 Brighton and Hove Albion ended the year on a high with a thoroughly deserved 2-0 win over AFC Bournemouth at the Amex.

Winger Alireza Jahanbakhsh celebrated his first league start of the season by scoring Albion’s quickest goal in the Premier League after just 2 minutes and 29 seconds. The goal was also Jahanbakhsh’s first for the club he joined over a year ago, and he appeared close to tears when his right footed shot found the far corner of the net and his teammates surrounded him to celebrate.

The Seagulls had the best of the chances in second half with Yves Bissouma hitting the post and Dan Burn denied a goal by VAR, before Aaron Mooy, whose tireless midfield displays have been a highlight of Albion’s campaign so far, scored the second with 12 minutes to go – his first of the season as well.

It was Albion’s first league win in 11 attempts against the Cherries, and one of their best displays of the season to date. This victory should stand them in good stead for Chelsea’s visit on New Year’s Day.