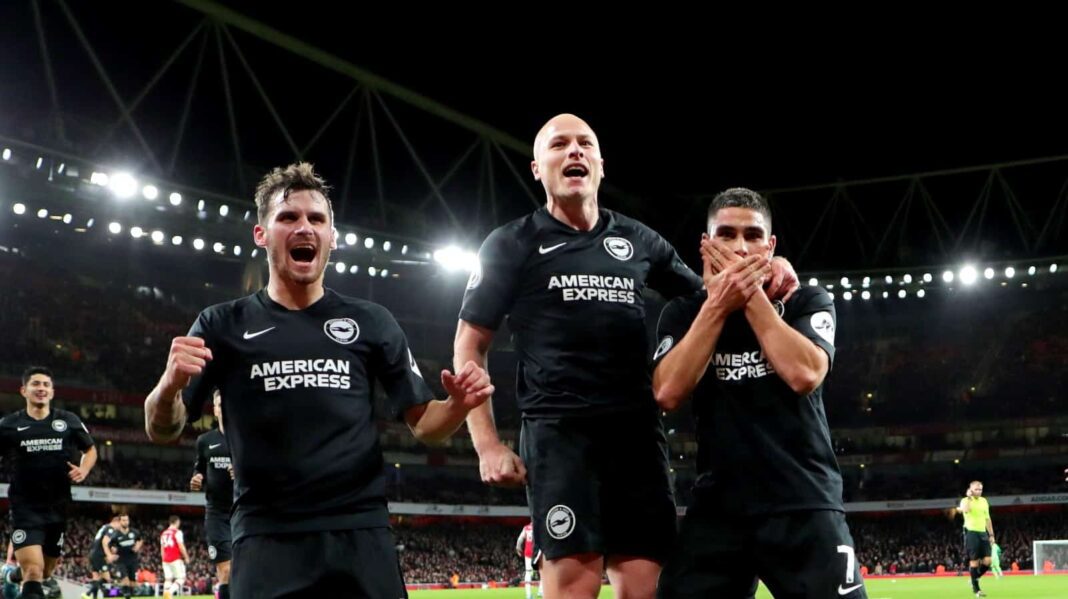 Neal Maupay scored for the third successive game as Albion picked up a deserved point against Crystal Palace last night.

It took a sublime strike from Wilfred Zaha in the 76th minute to rescue a point for Palace, who had toiled for the majority of the game and were lucky to find themselves only one goal behind.

For Albion fans, it was a frustratingly familiar story. Their side dominated possession and created chance after chance, but were unable to make the pressure count and find the back of the net in the first half. Their efforts were not helped by Palace keeper Vicente Guaita, who made a string of excellent saves throughout the evening.

It wasn’t until the ball fell to Maupay in the 56th minute that Brighton found their opener. Leandro Trossard’s first-time cross found the Frenchman in the box, who then turned brilliantly and swept a left-footed shot high into the net for his seventh league goal of the season.

Maupay’s goal seemed to kick Palace into life. The home-side rallied for the remainder of the game and Brighton keeper Ryan could do nothing when Zaha found space on the left and cut inside before lashing a shot high into the corner of the net.

On the balance of play, it was not a deserved equaliser, and Albion were once again left to rue missed chances on their trip back down the A23.

As has been the case in far too many Premier League games this season, VAR was in the spotlight once again during the first half at Selhurst Park, when Brighton were controversially denied a penalty in the 20th minute after Martin Montoya appeared to be clipped in the box by Palace defender Jairo Reidewald.

When interviewed after the game, Albion manager Graham Potter said:

I thought the performance was really good. Apart from five to ten minutes in the second half, we were in control and played well. We put a lot into the game – not enough to get three points, but there was a lot of good stuff from us.

We limited them to just a few chances but overall I don’t think you can control a game too much more in the Premier League than we did. We had chances – shots on goal, perhaps a penalty – but in terms of what we put into it, we are happy with a point and the performance.