Home Events Anything That Floats! Pictures From Yesterday’s Paddle Round The Pier!

A giant bath duck, a floating pizza, an Alice in Wonderland-themed picnic table… Spectators of yesterday’s Paddle Round The Pier events definitely didn’t get disappointed. As every year, participants of the Paddle Something Unusual came up with amazing creations before the actual paddle itself saw everyone equipped with anything that floats head into the water. 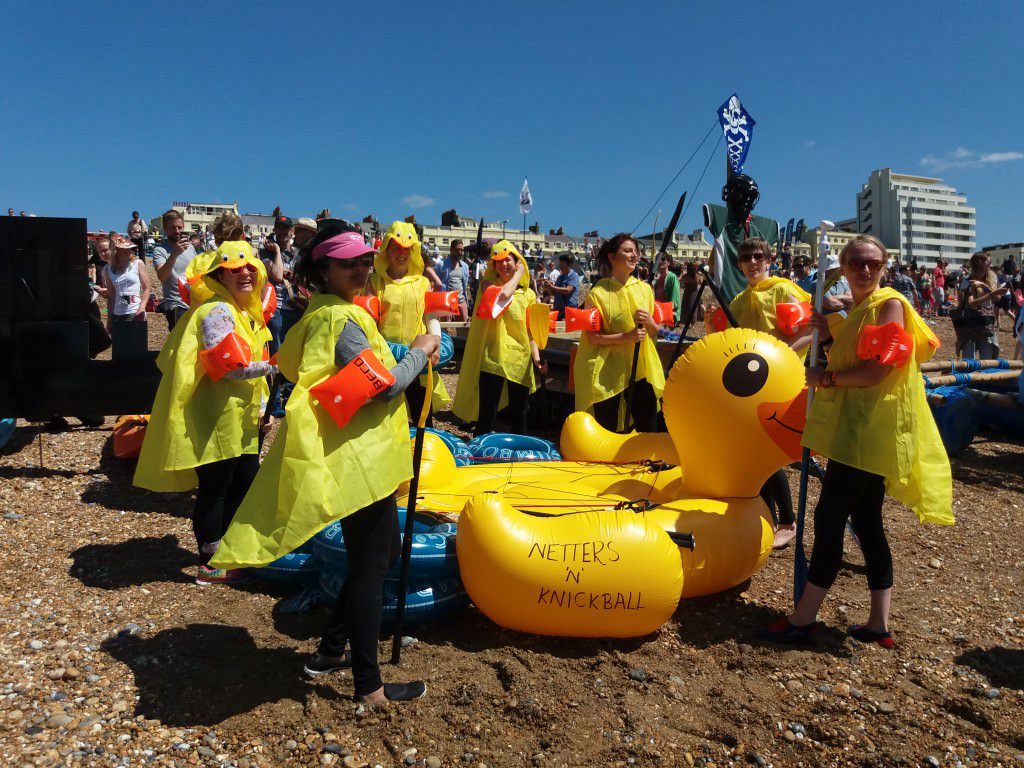 As noon approached, the teams lined up along the seafront at Hove Lawns attracting the crowds who came down to have a look at the ‘vessels’. Especially popular: The netball teams giant bath duck. 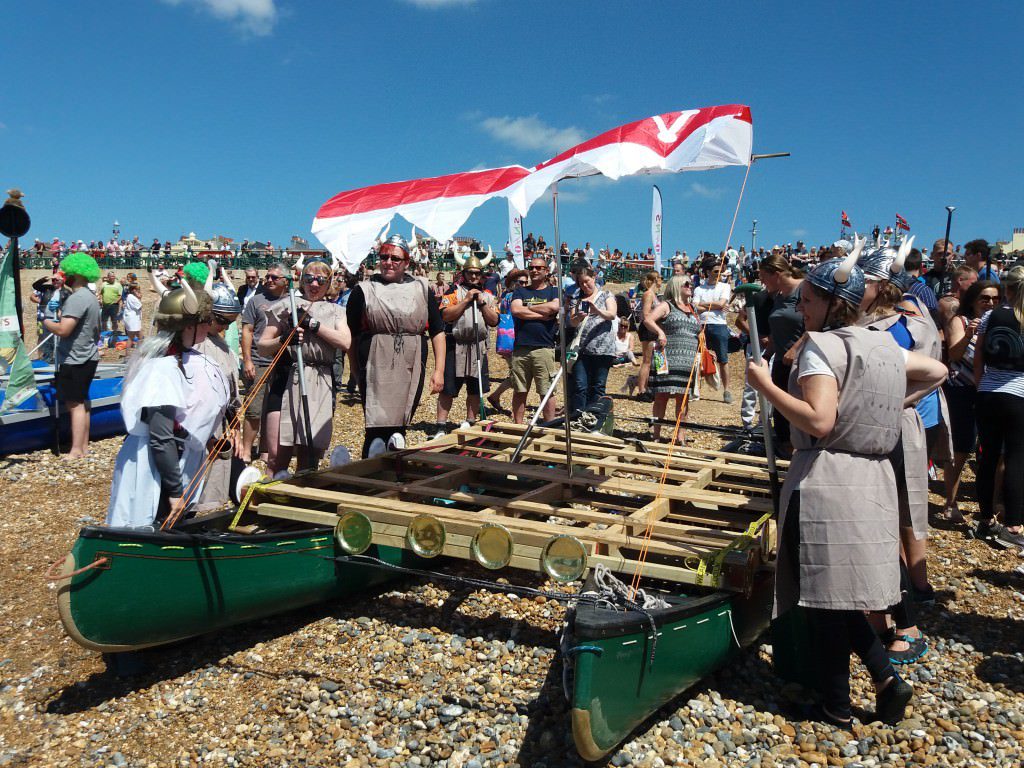 Brighton’s Vikings to the sea! Even the flag was there! 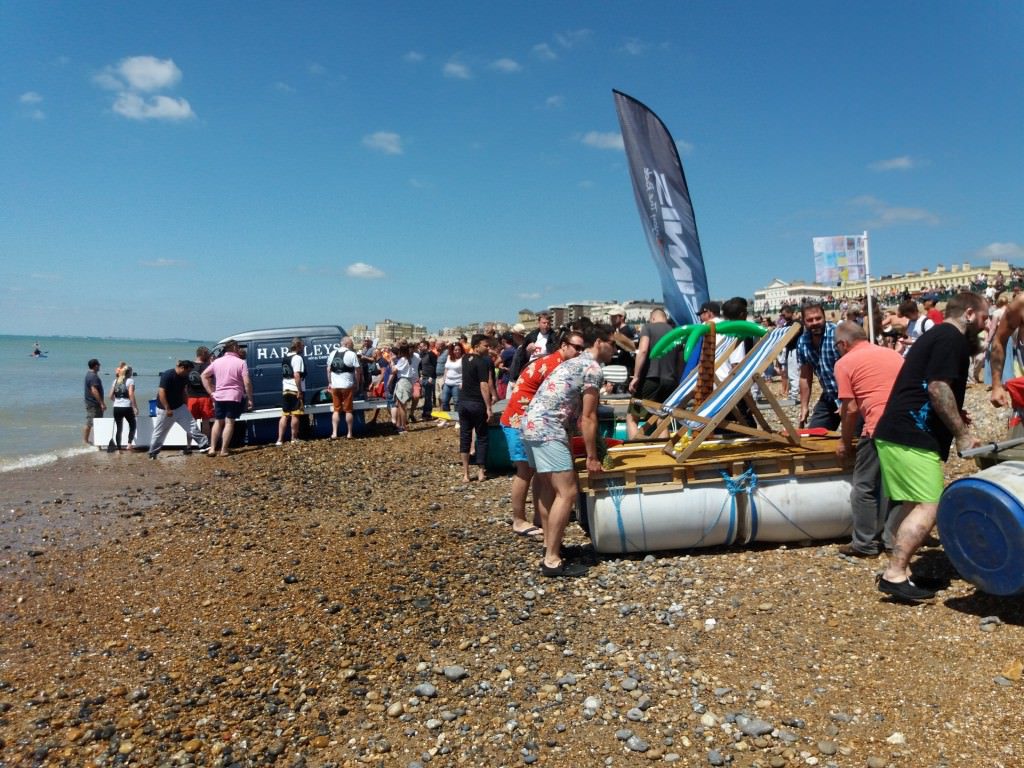 Then it was time to finally launch the vessels into the water, not an easy task when there is a minivan on it! 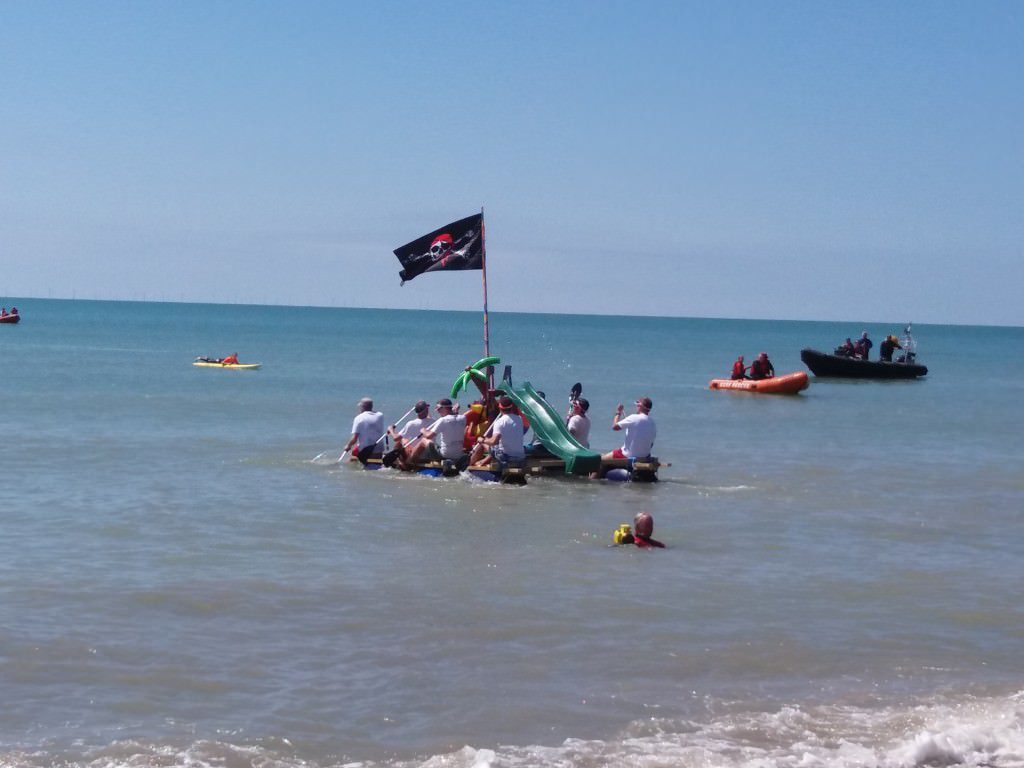 There goes the first team. Nice pirate float equipped with a water slide which was quite handy later on when the team came back to the shoreline! 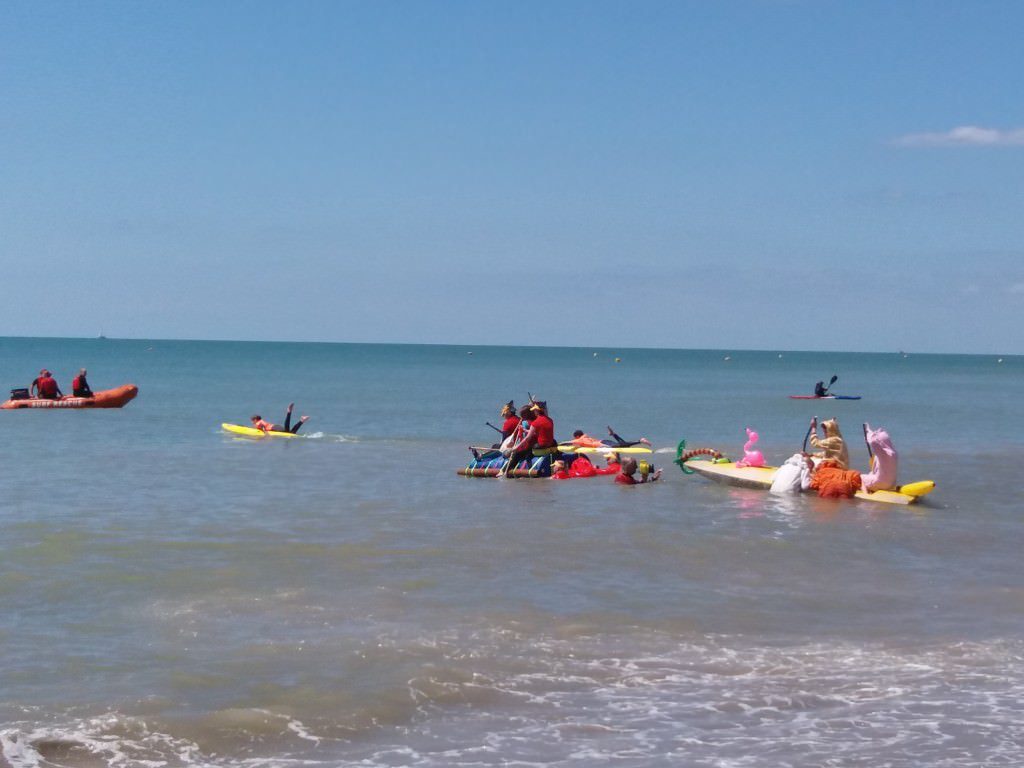 Not only the floating objects were worth paying a close look, but so were the paddlers’ costumes! They must have been hot in those onesies! 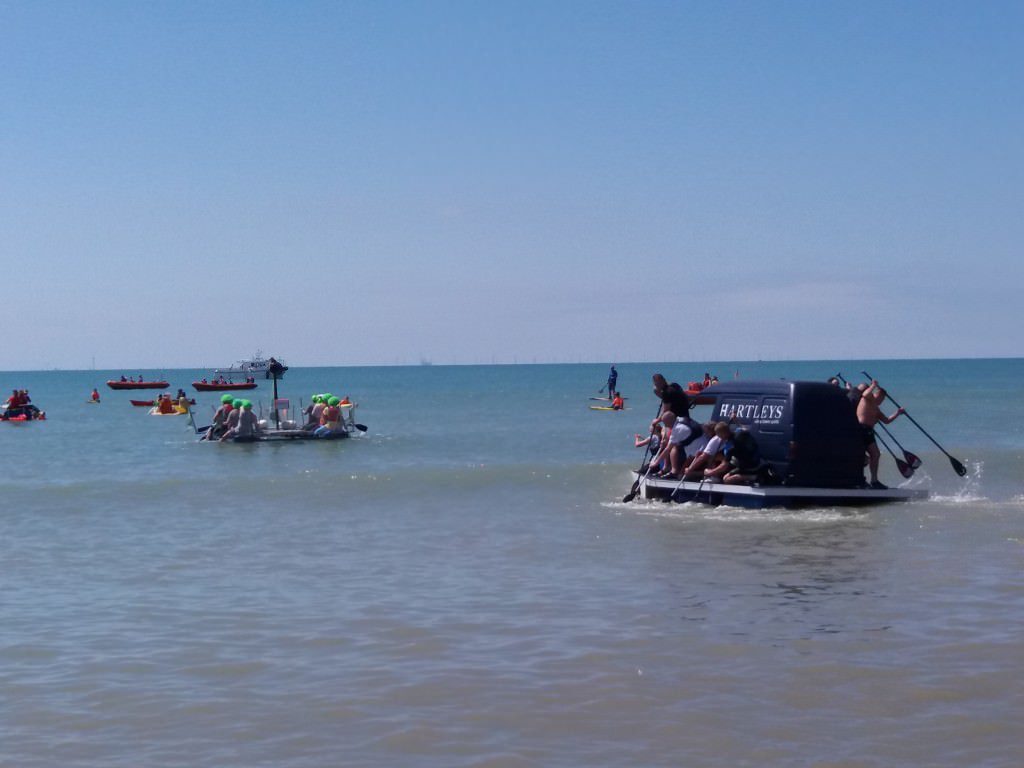 After quite some struggle, there goes the van as well! 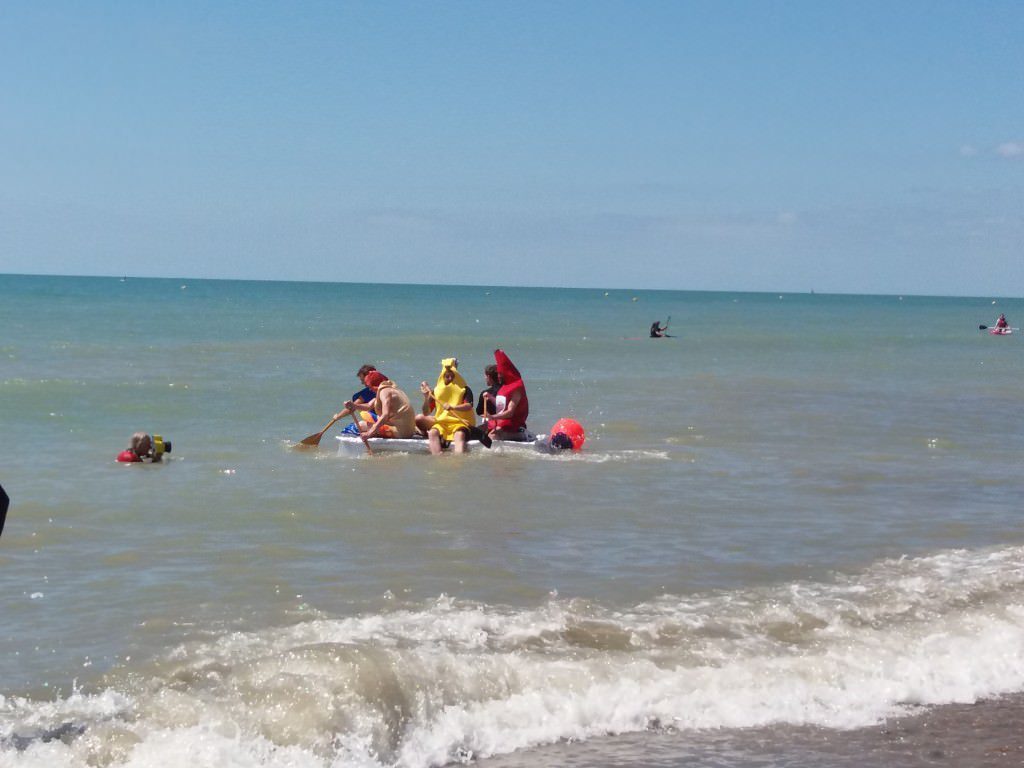 One of our favourites! A floating instant barbecue with a ketchup bottle, a sausage and, why not, a banana on top of it! 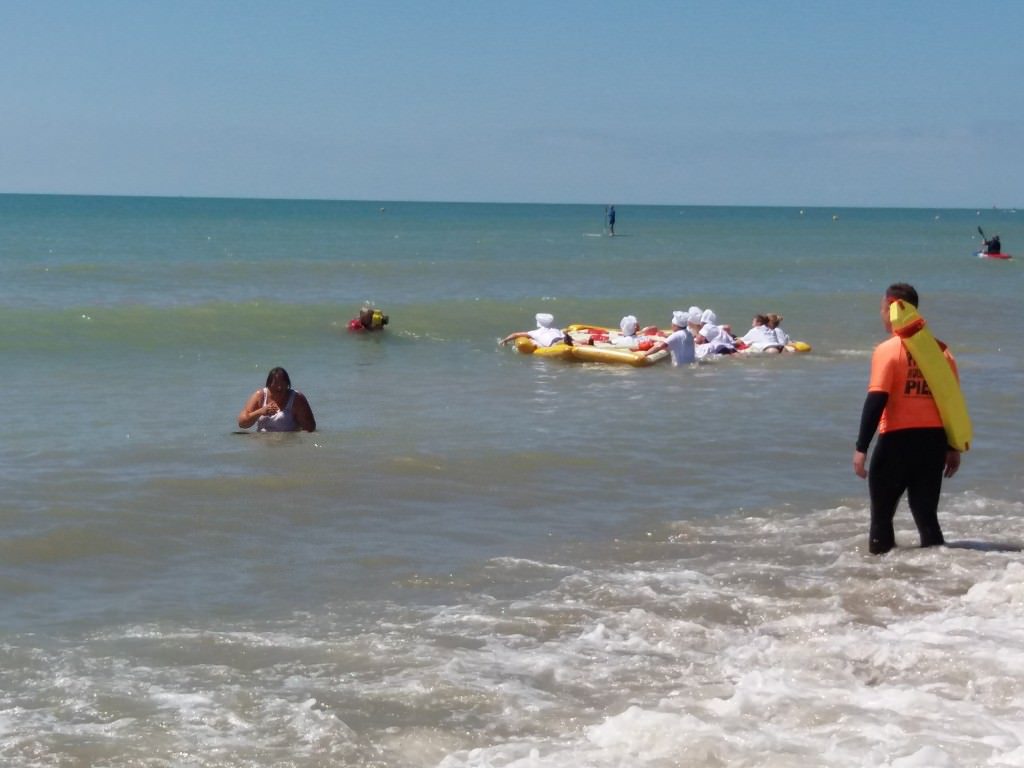 The chefs launched into the water with a giant inflatable pizza! Really cool idea! 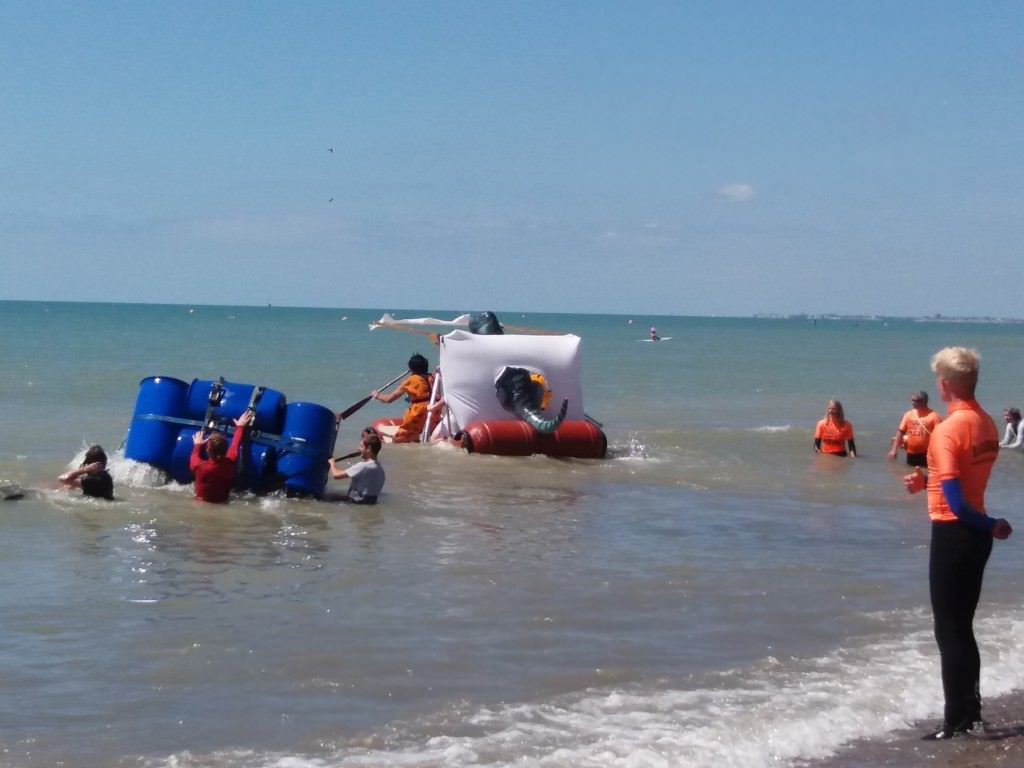 The start didn’t go well for everyone! These guys flipped over right after they got into the water, but immediately got back on and finally managed to head out to the sea. Well done, guys! 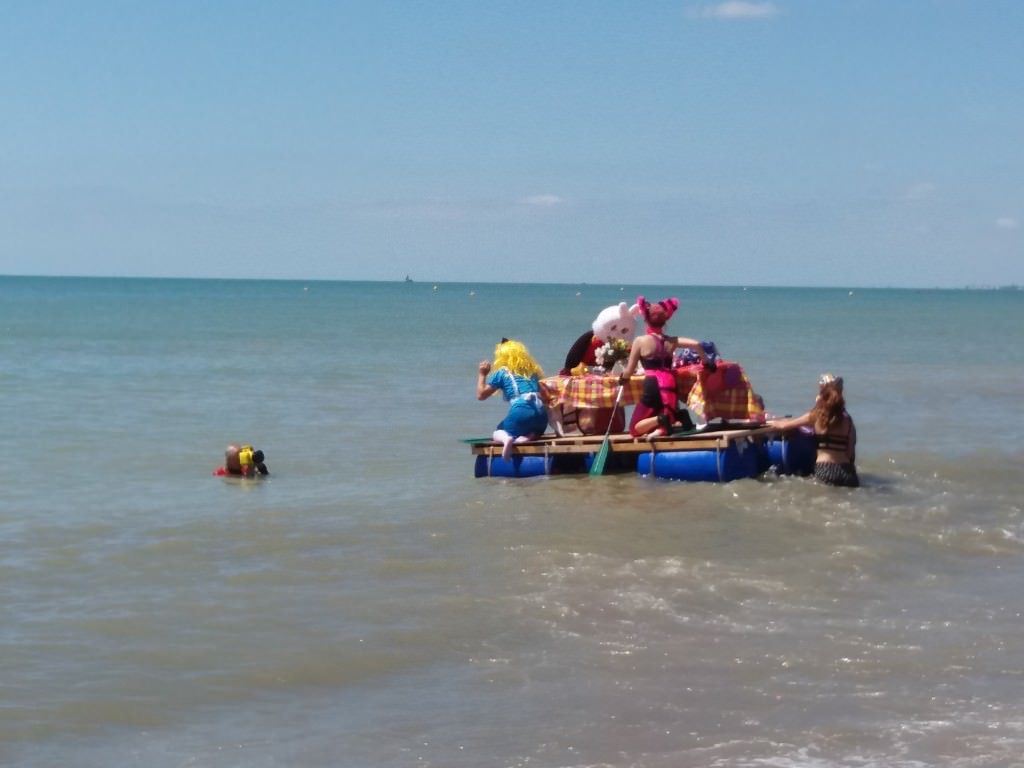 Alice, the Mad Hatter, the Cheshire Cat and of course, the White Rabbit took off on a floating picnic table! Simply awesome to watch!

Once all the vessels were in the water, you could actually see how many people had come down to the beach to watch. It almost looked like there were more people down than for The Paddle itself. 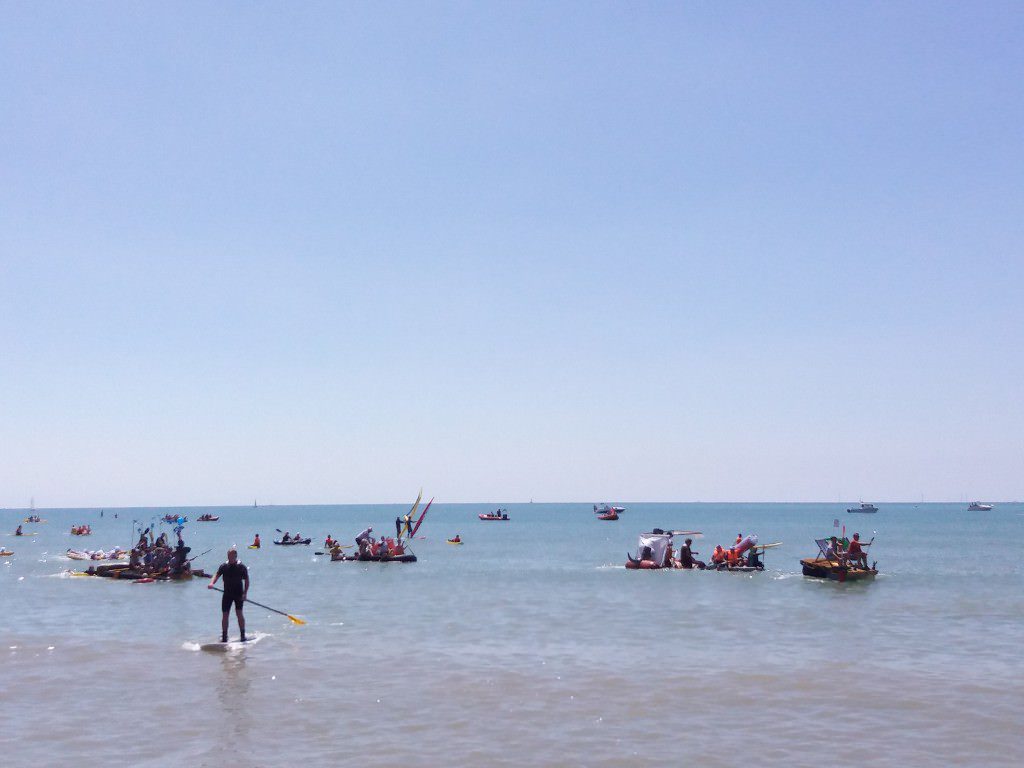 After a little tour on the sea, the first ones started to arrive back on shore. A good opportunity to watch the vessels once more from up close! 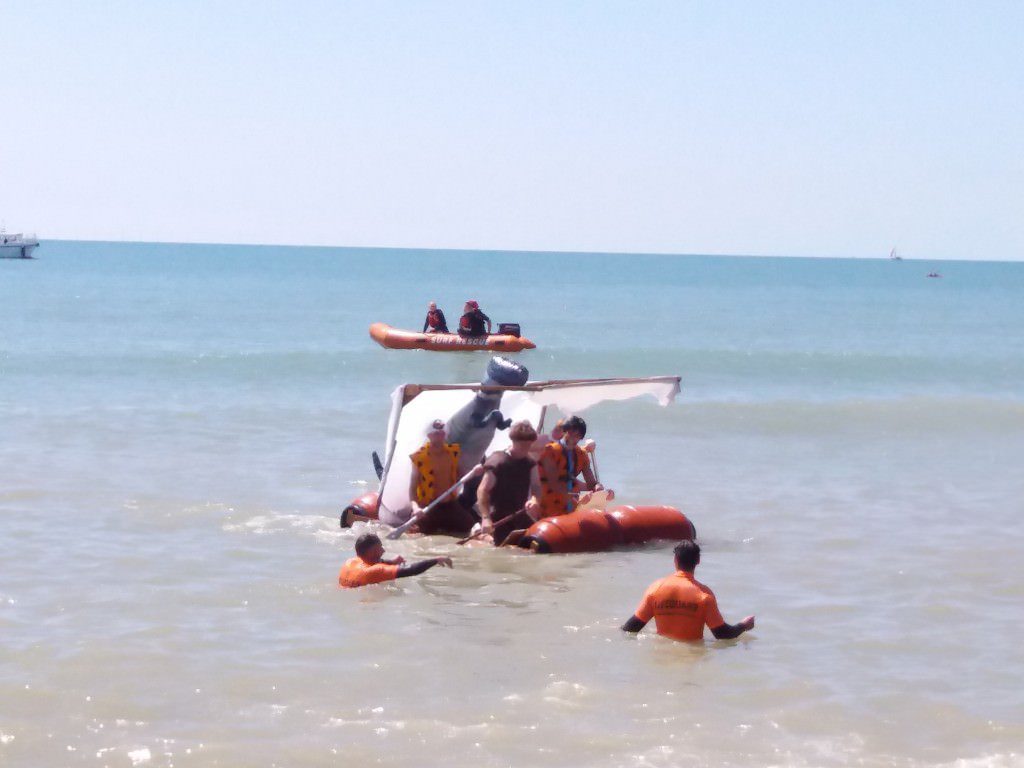 This cool creation totally skipped our attention during the launch! The Flintstones with their very own dinosaur! 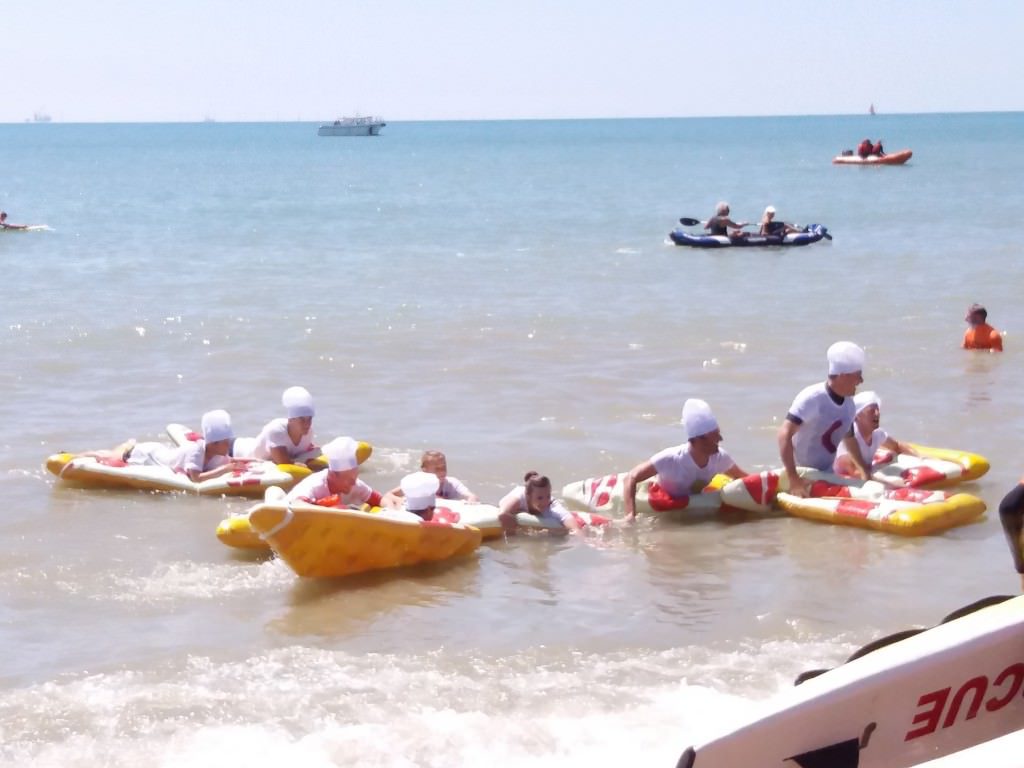 The pizza came back in pieces. Let’s hope that was the plan! 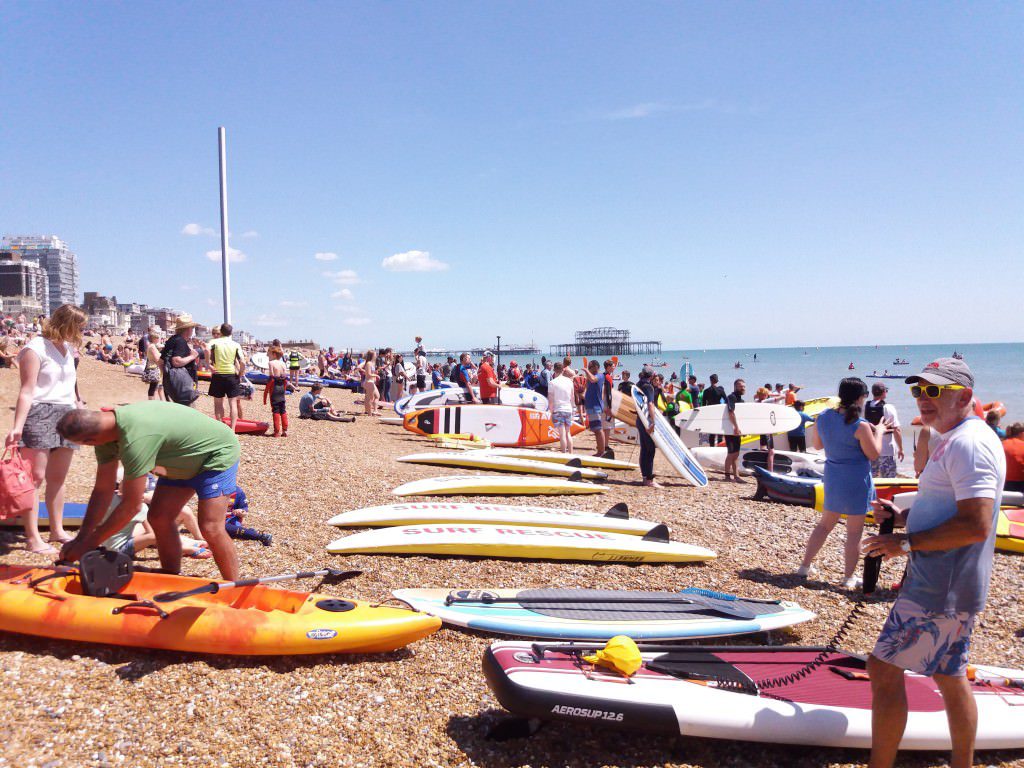 Time for the event that gives its name to the festival! Avid paddlers started lining up along the beach way before 2 pm to be able to be among the first to run into the water! 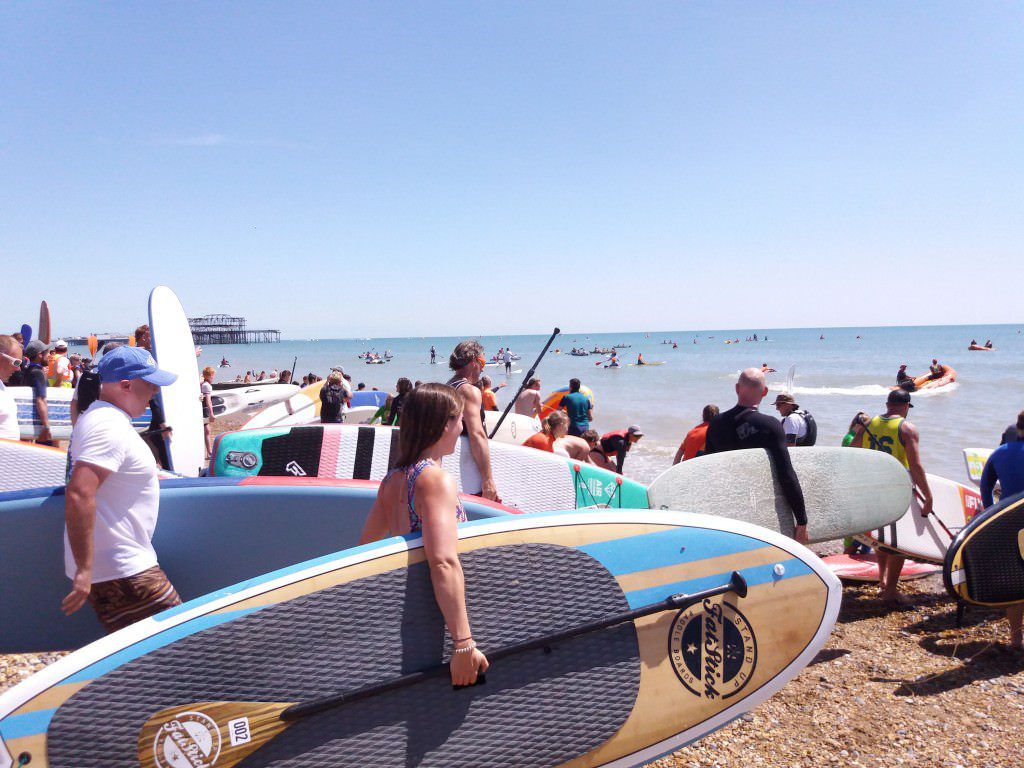 As soon as the start signal came, there was nothing holding them back. 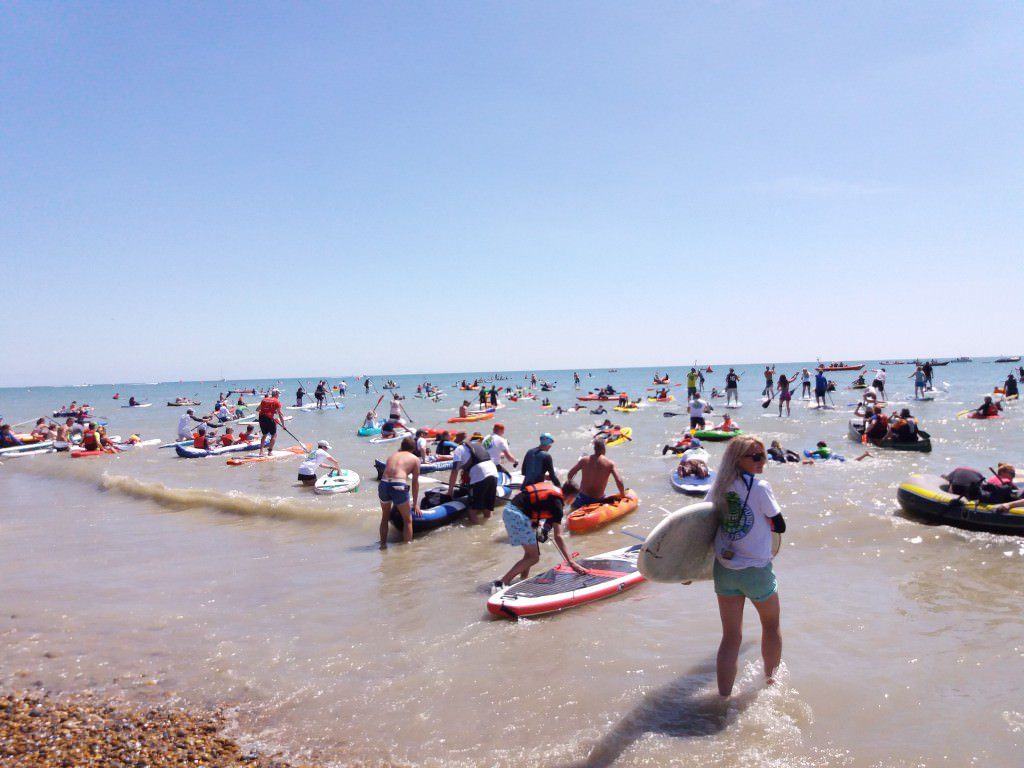 Soon after, the sea was covered with what seemed like a floating carpet of surfboards, stand-up paddleboards, inflatable boats and anything that floats on water. 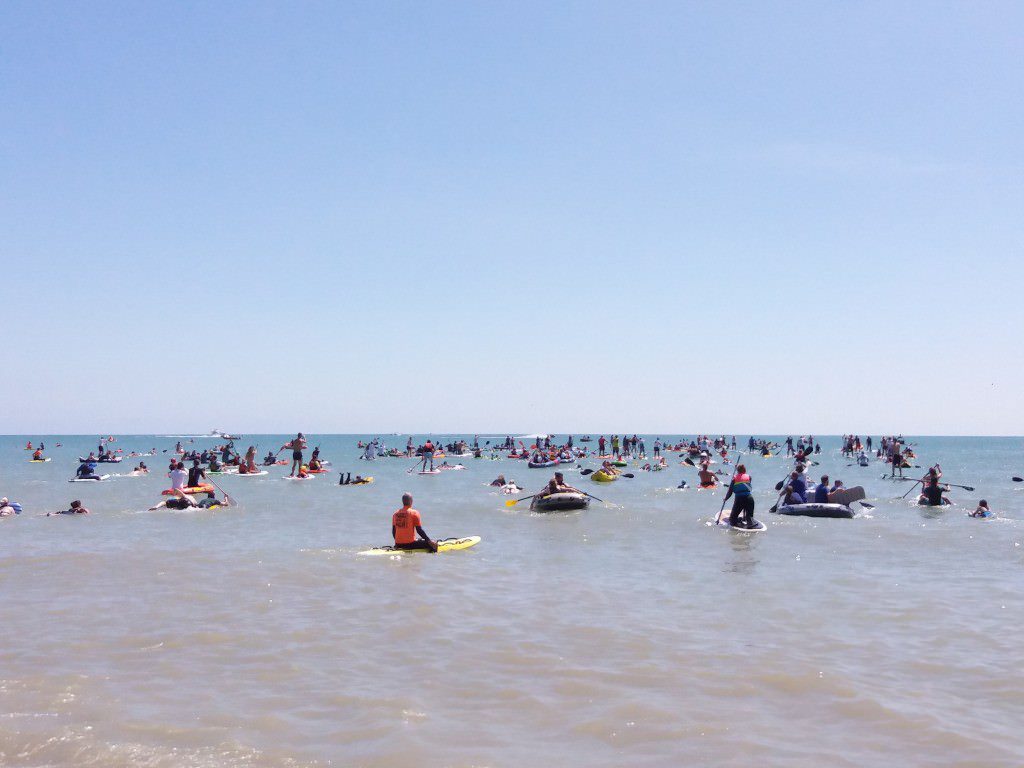 And off they go! Around the old pier and back! 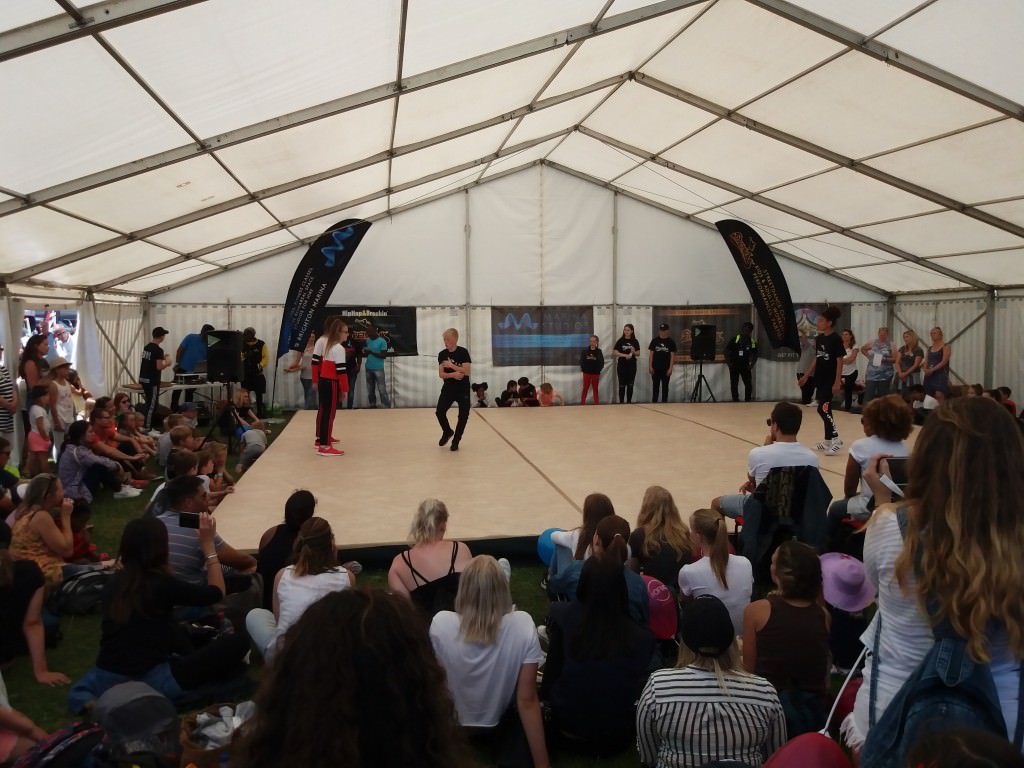 Meanwhile in the paddle village. Young talented dancers from the Streetfunk project showed their cool moves in two on two battles! 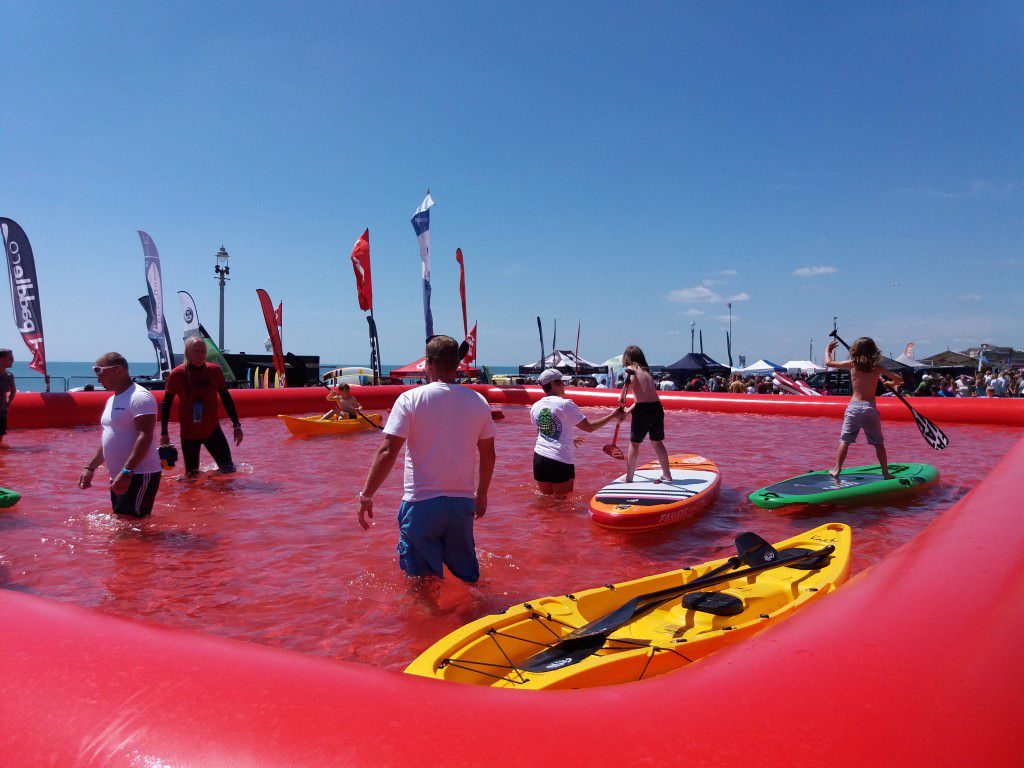 For those who didn’t want to take it straight out to the sea, the demo pool was a good opportunity to have a go at different water activities! These young paddlers did a pretty good job!