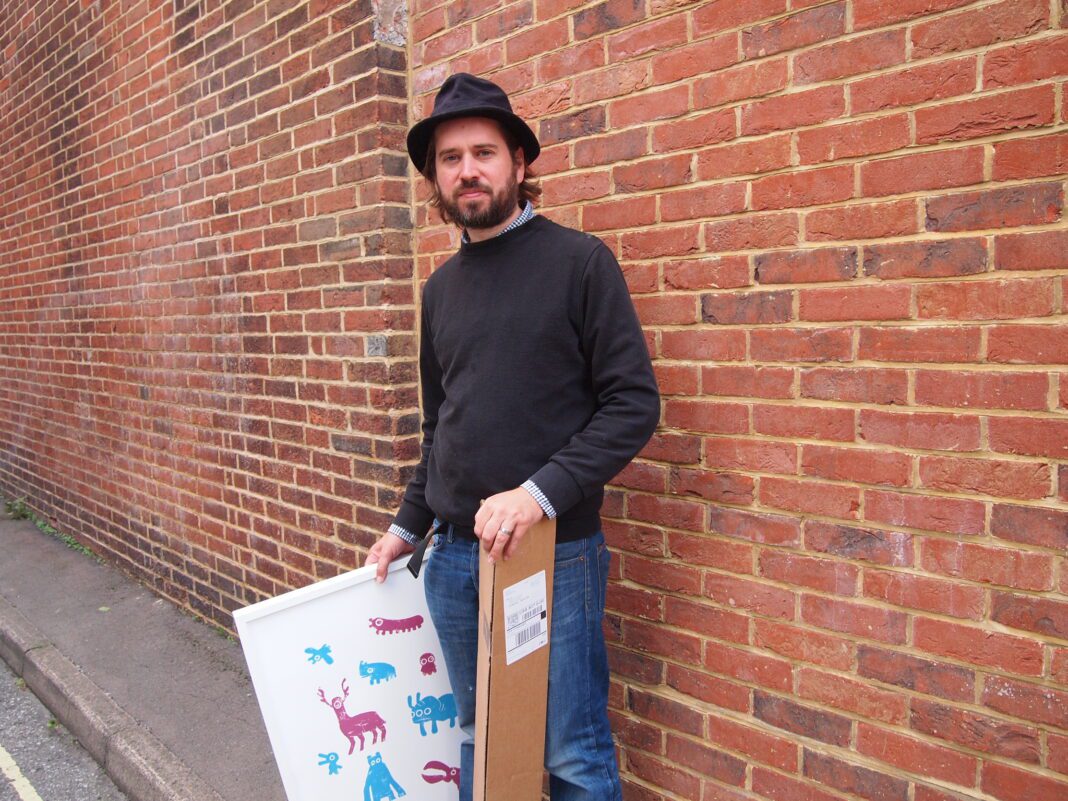 This week Brighton Journal spoke to local animator, illustrator and designer, Howard Kingston. Howard has worked on a number of exciting projects, including the Tron Uprising film in 2012, and animation for the Aphex Twin world tours in 2010 and 2011. His current projects include work towards a picture book, as well as some individual illustrations. We discussed how Japanese and French comics influence Howard’s work, and how the local landscape is starting to inspire the design of his giant creatures. Keep reading to find out more about his colourful prints and animations.

Dropping Hana off at school (that’s my daughter), which means a cycle by the riverside, along a path we often have to negotiate with cows. Then rigging a character up for animation – my day job – doing my stint looking after Rei, our 11 month old, and possibly, just maybe, getting some illustration work done, before picking Hana up (riverside, cows…) 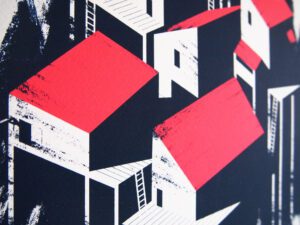 Describe where you do most of your creative work.

I have a big L shaped counter top in the basement which I built especially for work, but which quickly became lost to the world under stacks of prints and frames and other gumpf. As often as not I’m in the kitchen, where it’s sunny and there’s food, with my laptop or a pad of paper, grazing.

What’s the most exciting thing you’ve worked on?

As an animator I made some bits and pieces for the Aphex Twin world tours 2010 and 2011 (a decade ago!), including such delights as a head modelled on the Windowlicker latex mask by Chris Cunningham, which opened up to reveal eyeballs on stalks and a brain. In Japan I worked on Tron Uprising, which had some amazing concept design by Alberto Mielgo, and which took visual cues from the original film which was concept art-worked by Jean Giraud, aka Moebius, the extraordinary French comic artist, a hero of mine. 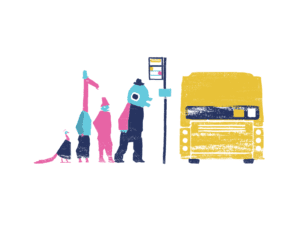 I always was happiest making things, or exploring. Which is the same thing in a way, I think. When you’re making things you’re also exploring, it’s just you’re building the world ahead yourself as you explore it, if you can picture that. Like a train laying its own tracks.

A picture book, some animation bits and pieces, some individual illustrations. 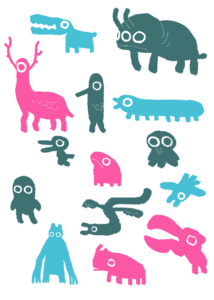 A sort of a sense of befuddled wonderment, of being happily lost… something like that.

I would love people to feel something like how I feel making it, to get immersed and lost in it. 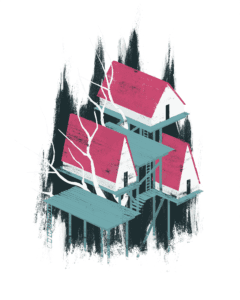 I work in a lot of different mediums, but whatever it is it usually starts with drawing, and maybe that’s the key one for me. It’s immediate. You think it, you draw it. There is very little barrier in between.

What equipment could you not do without?

I think I would make something with whatever was at hand, honestly – whether it’s pencil and paper or screen printing or Lego blocks or 3D software. I am medium or software or equipment amphibious. 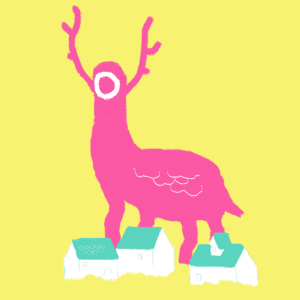 Who or what inspires you?

The world about me, my ambling path through it, the characters I meet along the way.  Certain picture books. Where the Wild Things Are is the perfect picture book for me. My daughter and I are loving reading Joe Todd Stanton’s Brownstone Mythology series as they come out. Japanese and French comics and animation are a big influence – I mentioned Jean Giraud, also Jacques Tardi, Taiyo Matsumoto, Koji Morimoto, Satoshi Kon. Of course Hayao Miyazaki.

How is your work affected by living in this area?

Well, we’ve been here a little less than a year. Before that we were in Dorking which is similarly nestled among the hills. In both places we have loved just being able to walk out of our house and into the hills. It’s easy to imagine sleeping giants in the hills and I’ve done some prints of my giant creatures ambling among the hills and over both towns – some of my prints are currently still up at The Patch in Lewes and I think there’s something of that nature there. 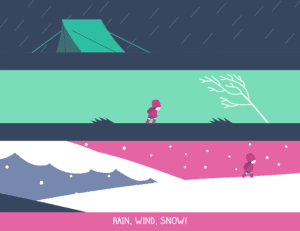 What’s your favourite thing to do locally?

Walking in the hills, cycling. Lewes has an astonishing array of characterful looking pubs, but times being what they are we have barely had a chance to investigate any of them.  Almost as soon as we moved here we entered lockdown.

What’s your favourite gallery (or place to see/experience art)?

I can think of lots of answers, but I’ll pick one. I love the Estorick in Islington, the Futurists collection. It’s such a tranquil and calm home for such a noisy and self-aggrandizing bunch. I love that they were so enthused and so wrong headed, it strikes me as so human. They loved the sound and movement of the mechanised future, and made a lot of fantastic, dynamic, vibrant art, and then with the same enthusiasm rushed headlong into the mechanised war… And that, more or less, was the end of them. 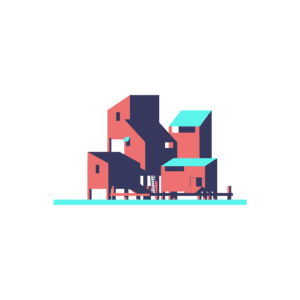 Well, I wouldn’t want to cramp the style of my artist heroes, so it’d probably be an artist in a different field, like music. I used a track by the Icelandic band Müm for my graduate film I made way back when. I’ve done a few music videos since then, but I’d love to do something more collaborative with really imaginative musicians like them.

I guess I often like colours that really punch out against each other. I have some colour combinations I rely on probably too much. Something green – blue with something red – purple. But I’m always playing with colour. 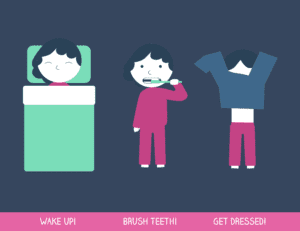 To find out more about Howard and his work, take a look at his website.