Artist of the week: Rachel Shorer

Rachel Shorer is a writer and performance poet who lives in Hove. She’s currently finishing her first novel, The Peaceweaver’s Wordhoard, which is a retelling of Beowulf from a female perspective. Last year she toured her spoken word show 10 Mistakes Every Girls Makes in Her Twenties around living rooms in South East England. 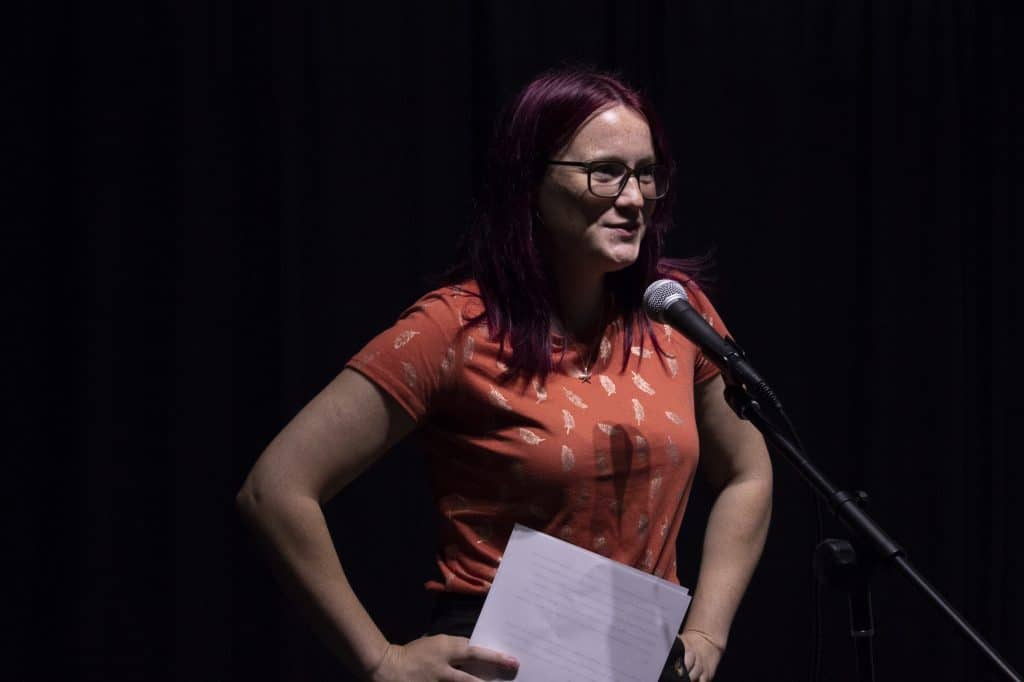 I’m in the final stages of editing the scenes in my first novel which involve my romantic lead, King Hrothgar.

Where you do most of your creative work?

I do most of my writing in either in Hove or Jubilee libraries. The atmosphere of quiet studiousness helps me to concentrate, and feels less isolated than working from home. I also really like writing surrounded by thousands of other books – it reminds me that it’s possible to achieve what I’m trying to do.

What’s the most exciting project you’ve worked on?

The most exciting project I’ve worked on to-date is 10 Mistakes: The Living Room Tour, which started as a single spoken word show, 10 Mistakes Every Girl Makes in Her Twenties, which was a combination of poems about my messy, chaotic twenties with the audience’s shared stories about their own experiences. After performing this in the Hove Grown festival and Brighton Fringe, I was left feeling the subject matter deserved a more intimate setting. I decided to tour the show to groups of women in their own homes. I’d find a host who was willing to offer her living room as a performance space, and invite a group of her friends round to participate. A kind of ‘girls night’ with added poetry.

From the very first show, the shows had exactly the the atmosphere of sharing and trust I’d been striving for. I was amazed by how willing people were to invite me into their homes and and give me the opportunity to share my work with their friends. I feel a bit cringey about saying this: but it was a genuine privilege to meet all those people and hear the stories they had to tell. It felt magical. A few people who saw the show then invited me to come and do performances in their living rooms, which was how I’d always hoped the tour would work. 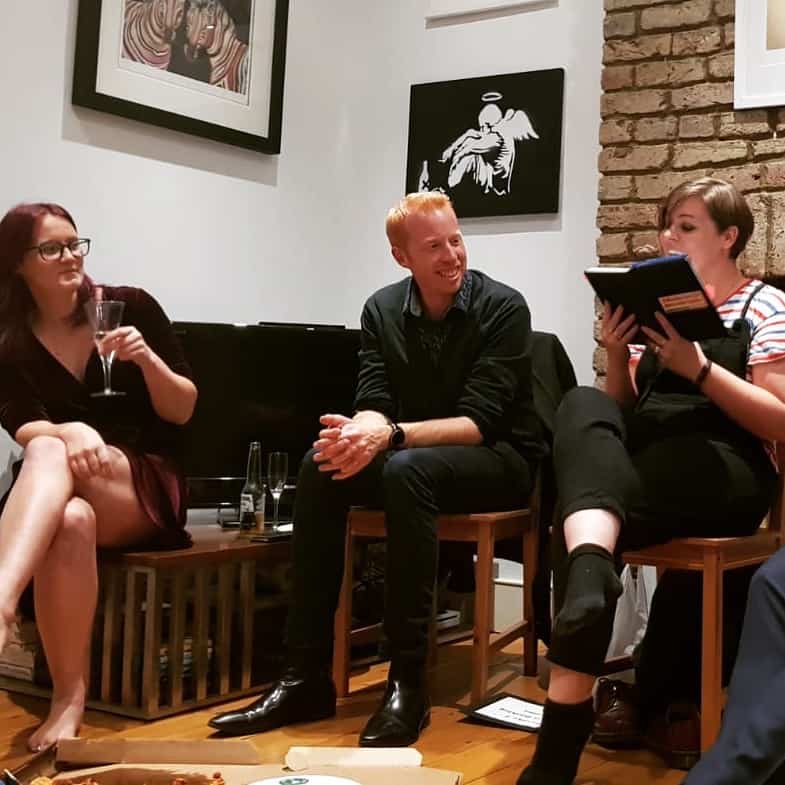 What made you decide to become an writer?

I’ve wanted to be a writer since I was about eight. I fell in love with Roald Dahl’s books, realised that there were people in the world who got to spend all their time doing awesome stuff like that, and decided I wanted to be one of them. Later, aged 29,I went to see some performance poets on stage at the Edinburgh fringe and I suddenly felt  that I was meant to be up there, doing that.  So I left my job as a primary school teacher and started a full time writing course.

Right now I’m finishing my novel, which tells the story of Wealhtheow, a sixth century Danish queen. Wealhtheow  is a character who appears briefly in Beowulf, the first poem written in the English language. In the original poem she makes a kick-ass, Game of Thrones speech about Beowulf  – full of political interest . But she really caught my interest when I found out her name means ‘foreign slave’ and then I knew I had to write about her.

There’re a couple of things which seem to keep coming up in my writing: inequality and the idea of Home! I’m really interested in structural inequality, which I’ve explored a lot over in my blog.  10 Mistakes was all about dysfunctional behaviour and I have another performance poetry project on the horizon which returns to this  theme.  The idea of Home also seems to show up repeatedly on my page – it’s pretty central to the novel.

I’m very inspired by other artists working in all kinds of disciplines. At the moment, I’m really interested by zine culture, and loving work by Sanika Phawde, who you can find on Instagram @thejackfruitslayer. I really admire the musician Amanda Palmer for the way she’s blazing a new trail for artists producing work in the digital age. Great books always inspire me – at the moment I’d reading Circe by Madeline Miller, which is especially relevant to the novel I’m currently working on as she’s retelling Greek mythology.

How is your art effected by living in this area?

I think the thing which has the biggest impact on me is the artistic community in Brighton – there’s such a vibrant poetry scene, which new nights popping up all the time, as well as a crowd of regular faces you see at most events.  I also love Sea swimming when the sun’s out and hiking on the South Downs in pretty much any weather.

An interview with Lucy & Yak