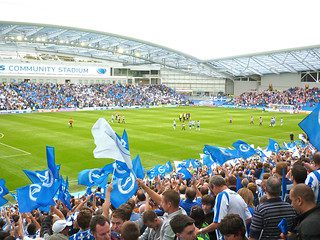 After a bright start to the season, Brighton fans may have been dreaming of a slot in Europe for 2022/23. Graham Potter’s men may have ultimately fallen short of that target but a ninth place finish should have delighted Seagulls fans.

The aim is to keep well away from a relegation scrap and the ability to put Brighton and Hove Albion in the top half has seen Potter mentioned in connection with a move to other clubs in the Premier League.

The club now has the opportunity to rest and make early plans for the next campaign. We’ve already discussed the players being targeted as potential new arrivals but what about those who are set to move away from the Falmer Stadium this summer? What effect could those departures have on Brighton moving forward?

Another top half finish will be the goal for Potter and his men next season. A top six finish and a place in the Europa League is the dream but neutral assessments suggest there is a long way to go before that can happen.

Early top six markets, as produced by football betting sites affiliated with sbo.net, put the usual suspects in the frame. Liverpool, Chelsea and Manchester City seem almost certain to occupy three of the four Champions League places while Spurs, West Ham United, Manchester United and Wolves are among the remaining favourites in that top six market.

There is lots of scope for those figures to change: As the season gets underway, the top six betting switches to the live markets and will adjust based on results. While assessing the changes, readers can take in news and bookmaker reviews while all of those sportsbooks are accepting new sign ups.

It’s possible to head straight over and access the sign up page. Upon completion, many of those sites have generous welcome packages in place. An extensive range of deposit options offers a pathway for the necessary funds while other benefits may include betting via a mobile device, live markets and ongoing offers and promos.

Brighton and Hove Albion are listed within the chasing pack. It’s a tough challenge to break through but it’s been a season of progression and it’s hoped that the Seagulls can consolidate in 2022/23. If they are to maintain a place in the top half, much could depend on the future of one or two key players.

The player attracting most transfer speculation at the moment is the Mali international Yves Bissouma. The midfielder switched to the south coast from Lille in 2018 and has since enjoyed a productive four years with the Seagulls.

Arsenal are the latest team to be linked with Bissouma while Aston Villa have also been mentioned in connection with a summer bid. It’s felt that Graham Potter would be willing to let the 25-year-old leave the Falmer Stadium as he has just one year left on his contract.

The fact that Manchester City have been linked with a bid for Marc Cucurella indicates that Brighton have a serious talent on their hands. The reigning Premier League champions only deal in world class players and City have been targeting the Spanish international for some time.

Cucurella is a versatile player who can slot in at left back or on the left hand side of midfield. Tottenham Hotspur have also been linked but a move to a club that has won multiple trophies in recent years should see him switch to the Etihad.Graham Potter would be reluctant to sell but Marc Cucurella will be moved on if the price is right.

Fringe players of the squad are more likely to be allowed to leave Brighton in the summer. After being loaned out to Middlesbrough last season, Aaron Connolly may now leave on a permanent basis. Elsewhere, stories suggest that Reda Khadra and Jan Paul van Hecke will also be shown the exit door.

It will be an interesting summer for Graham Potter and everyone involved at Brighton and Hove Albion. Arrivals are likely in key areas while the impending departures from the Falmer Stadium could define the Seagulls’ season in 2022/23.