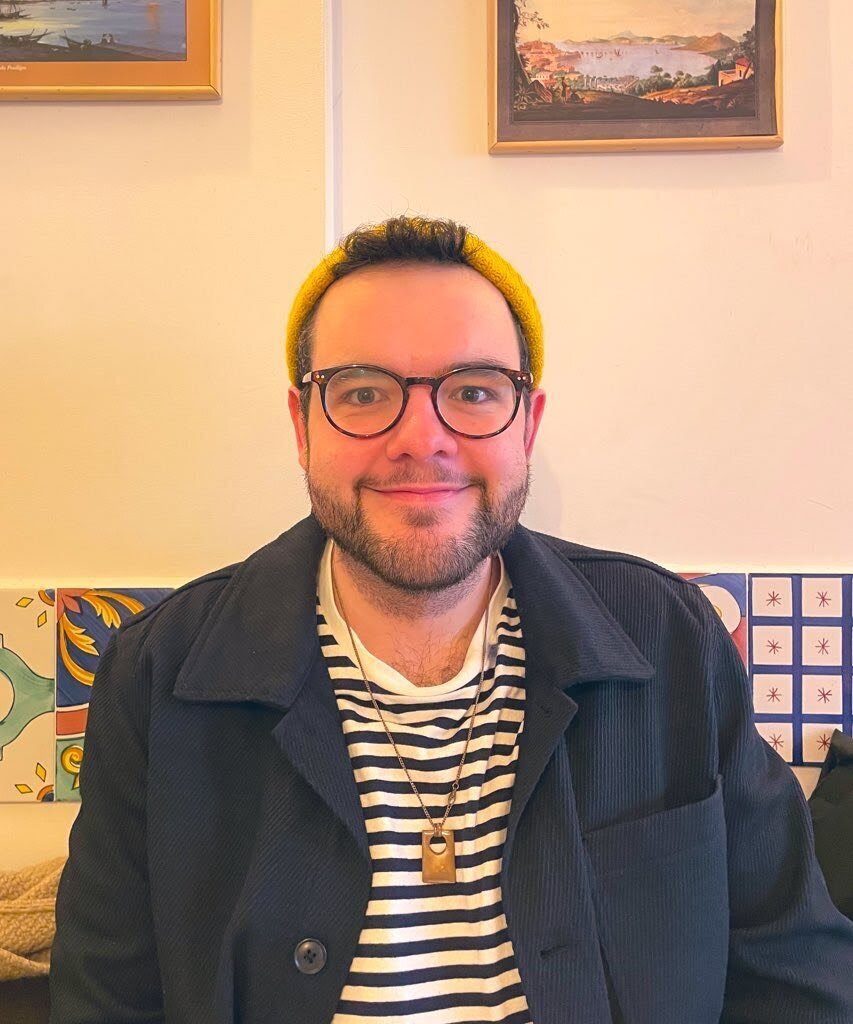 University Event Coordinator by day and Drag Queen by night, Matt Stallworthy, AKA ‘Crudi Dench’ is in the running to win £1,000 at the UK’s most exciting bingo calling contest. 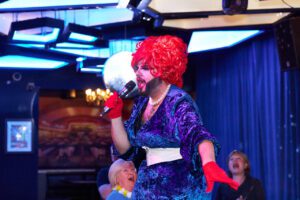 Crudi Dench is the drag persona of Matt Stallworthy. Originally from Liverpool, Matt started drag in York while at university. “Crudi’s vibe has definitely developed from the northern women that I was surrounded by growing up in Liverpool and met while in York”. While in York, he helped set up ‘Haus of Dench’ a group of drag performers creating spaces for LGBT+ Creatives to showcase their talents, including the cult cabaret / club night Lip Sync Lollapalooza.

Performing as Crudi Dench has led to many superb and strange experiences from working with the Cheeky girls and Rupaul’s Drag Race Winner Sasha Velour, to performing on top of the Matterhorn in Switzerland and being embroiled in a national TV scandal, and is now ready to take on the challenge of becoming Dabber Next Top Bingo Caller.

Matt is also part of the improv troupe Any Suggestions, Doctor? The Improvised Doctor Who Parody, an Edinburgh Fringe favourite which has recently finished a nationwide tour. When not on stage, Matt works as a University Event Coordinator during the day, swapping wigs and heels for logistics and risk assessments. “Managing crowds at open days is definitely a different skill set from managing crowds at cabaret bars and comedy clubs! But with both I hope to leave guests happy and smiling”.  Matt has recently moved to Brighton following the tail end of the pandemic, and has just finished a run at of his show Drag Queens vs. Zombies during the Brighton Fringe. “Brighton is a great city for performing in and I’m very excited to be bringing my distinctively Northern flavour of drag to the South Coast”

After Crudi Dench secured the most votes back in April at the Knockout stages to then winning over the audience at the Semi Finalists early this month, she will now join 3 other contestants at The Finals on the 3rd July. Where one of them will be crowned winner and ultimate victor will win £1000 courtesy of sponsors: Malibu, plus a 12-month contract with Dabbers Social Bingo and luxurious hotel stay, as he/she/they will get the opportunity to reinvent, transform and revamp the sought-after and glorious position of Bingo Caller.

Dabber’s Social Bingo, London’s best-loved alternative Bingo Hall is currently on the hunt for its 2022 ‘Next Top Bingo Caller’.  After a perilous journey, twenty fearless contestants have battelled it out to reach the nail-biting finals.

With Dabbers, gone are the days of dusty old hosts mumbling “two fat ladies – 88” into the microphone, now callers get a chance to truly work the room and are encouraged to bring their talents, to the stage.

Each contestant auditioned by video, calling out their best bingo lingo to the camera. And each was selected for a unique talent; be that comedy, impressive dance moves, music, or just the skills to hold the attention of a room full of people as they reinvent bingo calling and make it their own.

With Dabbers Social Bingo, gone are the days of dusty old callers mumbling “two fat ladies – 88” into the microphone, now callers get a chance to truly work the room as they are encouraged to bring their talents to the stage, be that comedy, cabaret, music, or any form of performance that the Dabbers crowd will love.  Dabbers and comedy have a long-held relationship – with comic callers at the centre of the Dabbers bingo experience. Their regular nights have a plethora of comedy names – guest hosts have included Aurie Styla, Marcel Lucont, Olaf Falafel, Tony Law, Tom Houghton, Eleanor Conway, and many more. The company prides itself as having comedy and performance at the heart of everything it does, the team visit The Edinburgh Festival every year to scout for new talent that really the hit the jackpot.