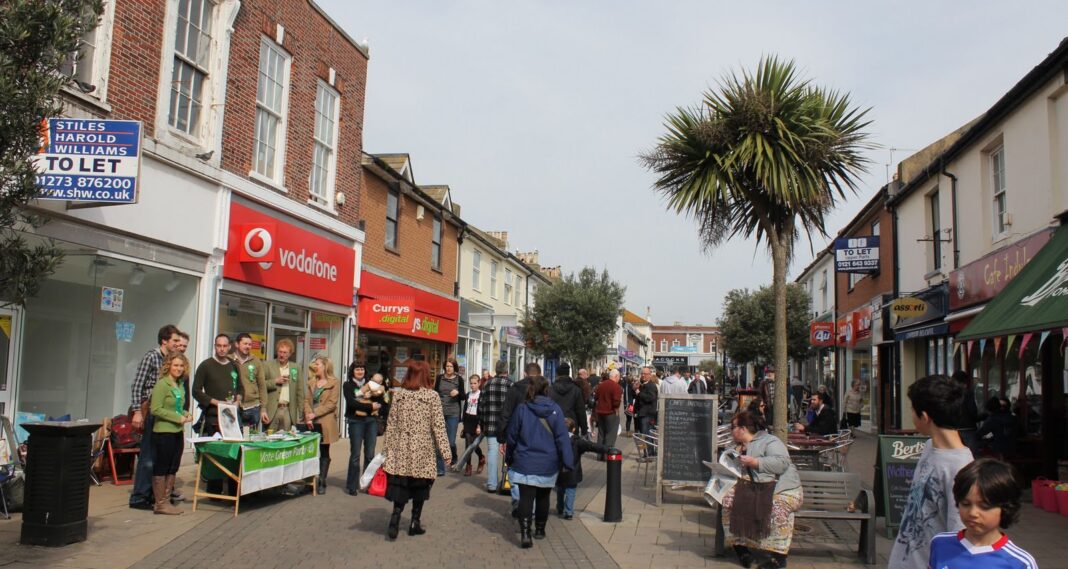 George Street in Hove, often thought of as a bustling high street, is becoming a ‘ghost town’ according to Brighton and Hove locals.

A  campaign has been started after 74.1% of the 1,293 citizens that voted wanted the street to be used as a pedestrian only zone all year round between 10am and 3pm.

This comes after concerns of the lack of footfall on the street, due to the ‘dead zone’ that is apparent in the late afternoon, leading towards many businesses having to have already shut down. This ‘dead zone’, many campaigners feel, is because the street is being used as a pedestrian zone later than necessary.

The Facebook group, which currently has over 1,000 members, state in the description:

“3.00pm to 6.00pm represents a small period that equates to 33% of the working day’s potential earning ability, a large percentage that would be a huge help in their survival. At the moment this period is the ‘Dead Zone’!”

By opening up the street to cars at 3.00pm, they want to allow “those in the local community and Hove in general, to be able to pop down for any last minute shopping.” They also believe these amended times would help the community as a whole, as it will help stop the often dangerous traffic that builds up around the local St. Andrews school after 3.00pm.

Whilst only a small street, the collective and spirited nature of both Brighton and Hove citizens is apparent here, with everyone seeking to help local businesses, as well as helping to overcome issues such as traffic that affect the everyday citizen. As they state in the Facebook group:

“We ask ALL that love George Street to join us and support the traders, who are not asking for much, so George Street has at a chance to become that vibrant community street again, and really become a viable shopping destination for all people in Hove, and beyond!”