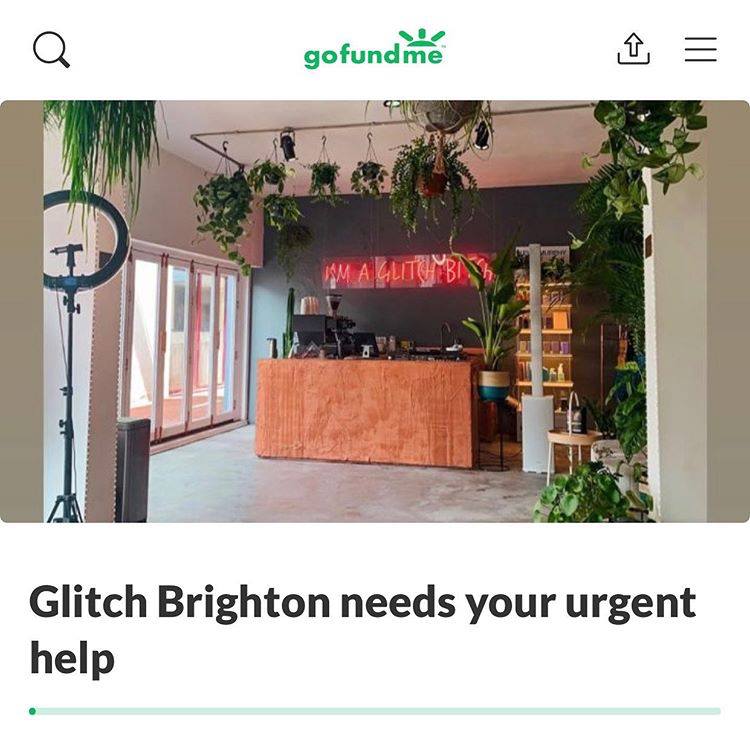 A new multi-functional community space that was set to open the doors of its Brighton venue on July 4th has launched a Go Fund Me campaign, after it had £4,000 worth of equipment stolen during a break-in.

Glitch, the hair salon, coffee shop and live music venue was broken into in the early hours of Saturday morning – the day of its grand opening.

Among the items stolen from its site in The Lanes were an iPad Pro, Pioneer DJ decks and a projector.

Hey everyone, in the early hours of the 4th of July re-opening day, we experienced a break in to our beautiful new home and space in Brighton which we’ve spent the best part of a year putting all our hard work and love into making our dreams of glitch Brighton a reality. Those responsible for the break in came away with thousands of pounds worth of equipment that we had specifically chosen to elevate the space to the maximum for our clients and visitors, the general atmosphere and events we hope to hold here. ( live musicians, yoga, art exhibitions and other creative community events) It now feels like the opportunity has been ripped out of our hands, which has left us all devastated. I have listed below the equipment that has been stolen and estimated prices; – iPad pro 12’9 (2020) (£960) – Magic Keyboard 12’9 (2020) (£400) – Pioneer dJ decks XDJ-RX2 (£1600) – Projector (£200) – Kevin Murphy Hair Products (£500) – Tool box + drill (£150) – Card reader (£50) – Cables (£30) We set up a GoFundMe campaign in (link in bio). Any donation of any kind is hugely appreciated. We just want to make it feel like Glitch again and be able to provide the vibe we had already worked so hard to achieve. So if anyone does feel that they are in a position to help contribute towards some of our loss, we would be incredibly grateful. And a big Thank you to the Brighton local community who have been very supportive

Owner Stephan Vi discovered the break-in upon arriving to open the shop:

“When I arrived at the shop at 8am, I found the basement door forced open. I ran into the shop, and immediately realised that loads of stuff had been stolen.”

Despite obviously being “devastated,” the Glitch team did their best to carry on their day as planned.

“I went to buy a new card reader, and we carried on as normally as possible,” Vi said. “We used replacement stuff we had at our houses, and used a smartphone for appointments instead of the iPad.”

The stolen equipment is vital for creating the customer experience that Glitch aims to, Vi said:

“Glitch specifically chose this equipment to elevate our customers experience. We try to give a very different experience to all our customers; you can listen to live music while having your hair done, have a proper coffee and maybe buy a plant before you leave.”

At the time of writing, Glitch’s Go Fund Me campaign has raised almost £1,400, from 67 separate donors.

“I am not very good at asking people for something,” Vi said, “but it’s been so hard for independent businesses during the COVID situation, so to start with a £4,000 loss is a real struggle.”

“We thought we’d start a Go Fund Me in the hope that we might get back even half of what was taken, so that we are able to carry on with our high level of service.”

Sussex Police are currently investigating the break-in, and have issued a call for information. A spokesperson said:

“Officers are following a number of lines of enquiry as part of the ongoing investigation. Anyone who witnessed the burglary, saw any suspicious activity in the area at the time, or who has any other information about the matter is asked to contact police online or by calling 101 quoting serial 314 of 04/07.”

“Alternatively, you can contact the independent charity Crimestoppers anonymously on 0800 555 111.”

You can donate to Glitch’s Go Fund Me here. The business says they are “incredibly grateful” for any donation.